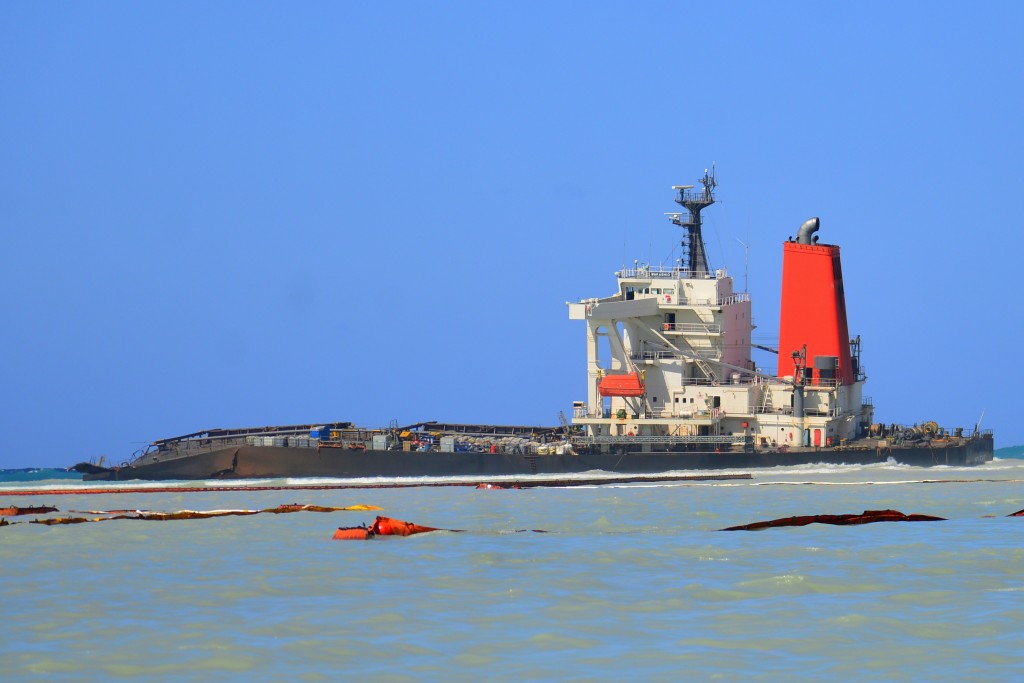 TOKYO (AP) — The Japanese operator of a bulk carrier that struck a coral reef and caused a widespread oil spill off the coast of Mauritius said Friday it will provide 1 billion yen ($9 million) to fund environmental projects and support the local fishing community.

The environmental disaster began on July 25 when the ship MV Wakashio strayed off course and struck a coral reef a mile (1.6 kilometers) offshore. After being pounded by heavy surf for nearly two weeks, the ship’s hull cracked and on Aug. 6 it began leaking fuel into a lagoon, polluting a protected wetlands area and a bird and wildlife sanctuary.

MOL President Junichiro Ikeda apologized for the damage and said the financial contribution reflects the company’s commitment to fulfill its social responsibility.

The ship owner, Nagashiki Shipping, is also joining the fund, MOL said. Mauritius has said it is seeking compensation for the damage from Nagashiki.

More than 1,000 tons of oil spilled into the coastal waters. About 3,000 tons that remained on the ship was pumped into barges before the Wakashio broke in two several days later.

Thousands of civilian volunteers worked for days to try to minimize the damage from the oil spill, while environmental workers ferried baby tortoises and rare plants to shore and plucked trapped seabirds out of the goo.