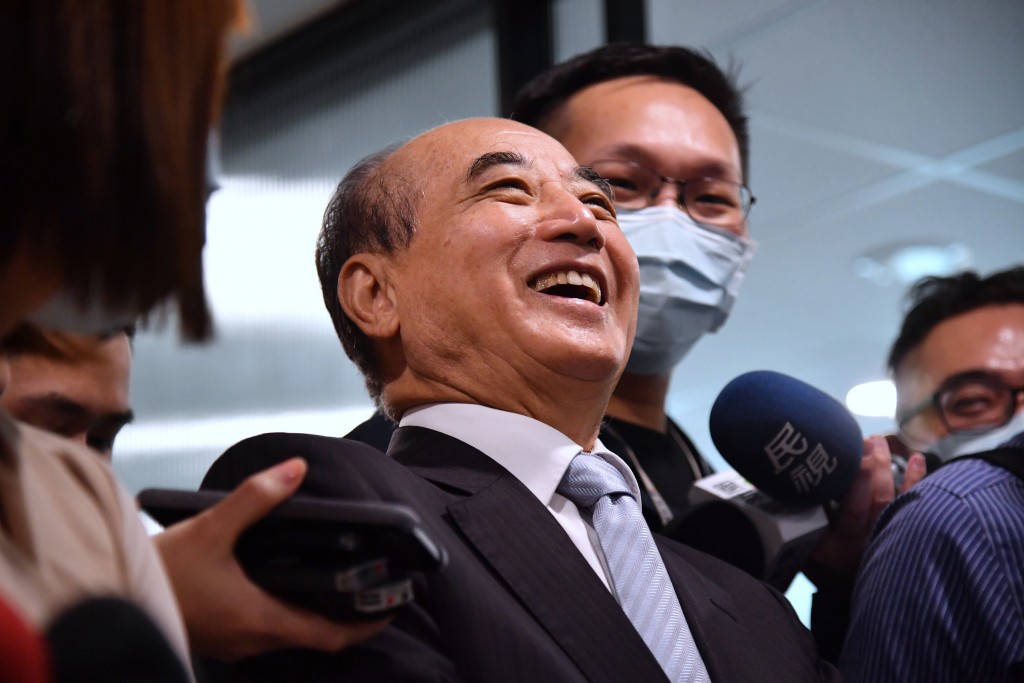 The statement was denounced by the Kuomintang (KMT), which has long promoted stronger ties with China. Wang will lead a KMT delegation to the Chinese city of Xiamen next week to attend the Straits Forum on Sept. 20, despite opposition from Taiwan’s Mainland Affairs Council (MAC).

MAC had earlier described the forum, hosted by China’s Taiwan Affairs Office (TAO), as a platform for Beijing to promote its political agenda and sow division in Taiwanese society. The council has also urged local governments, civil groups, and political parties not to attend the forum.

The KMT, which often sends a delegation to attend the event, insisted the forum should be an “event providing non-governmental exchanges.” Wang said last week the trip was intended as a gesture of goodwill to Beijing and to defuse tensions across the Taiwan Strait.

With the title, “This man is coming to the mainland to beg for peace,” China Central Television (CCTV) described Wang as a “messenger” for the ruling Democratic Progressive Party (DPP). CCTV also cited reports already rejected by the Presidential Office as saying that Wang had previously met with President Tsai Ing-wen (蔡英文) to discuss his China trip.

The KMT has already lodged a protest with TAO, according to a party statement on Friday (Sept. 11). The Straits Forum should purely be exchanges among non-governmental entities, said the KMT, stressing “neither party should exploit the opportunity to engage in political propaganda.”

“The KMT strongly condemns the CCTV report,” said the party. It added Chinese state media has “twisted (the party’s) intention to pursue peace” and undermined positive interactions between Taiwan and China.

The party stated that it “hopes the mainland will take effective measures and right a wrong in order to create peace, as well as mutual trust and respect.” On the other hand, DPP Spokeswoman Yen Juo-fang (顏若芳) claimed Friday that Chinese authorities have “plotted against the KMT” and that CCTV’s report was intended to undermine Taiwan’s sovereignty.

The DPP has also criticized the KMT for insisting on traveling to China for the Straits Forum, even after the Chinese People’s Liberation Army carried out large-scale military exercises near Taiwan over the past few days. Taiwan’s Ministry of National Defense (MND) held a press conference on Thursday evening condemning Beijing for destabilizing regional stability after Chinese jets encroached on Taiwan’s Air Defense Identification Zone (ADIZ) multiple times.

Taiwan’s foreign ministry said during a separate press event that it had alerted “key friendly nations” about China’s coercion, and called on nations to “recognize the seriousness of the threat posed by China’s government to regional peace and stability." In a move that appears to demonstrate the country's determination to defend itself against China, Tsai visited an Air Force base in northern Taiwan Friday morning to inspect its air defense operations.