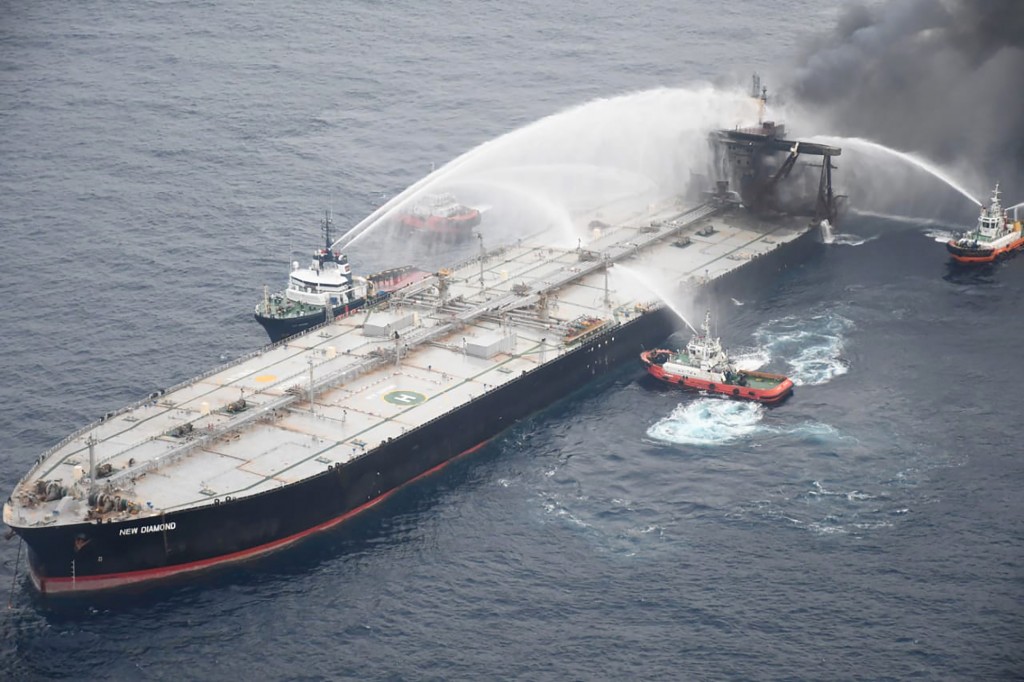 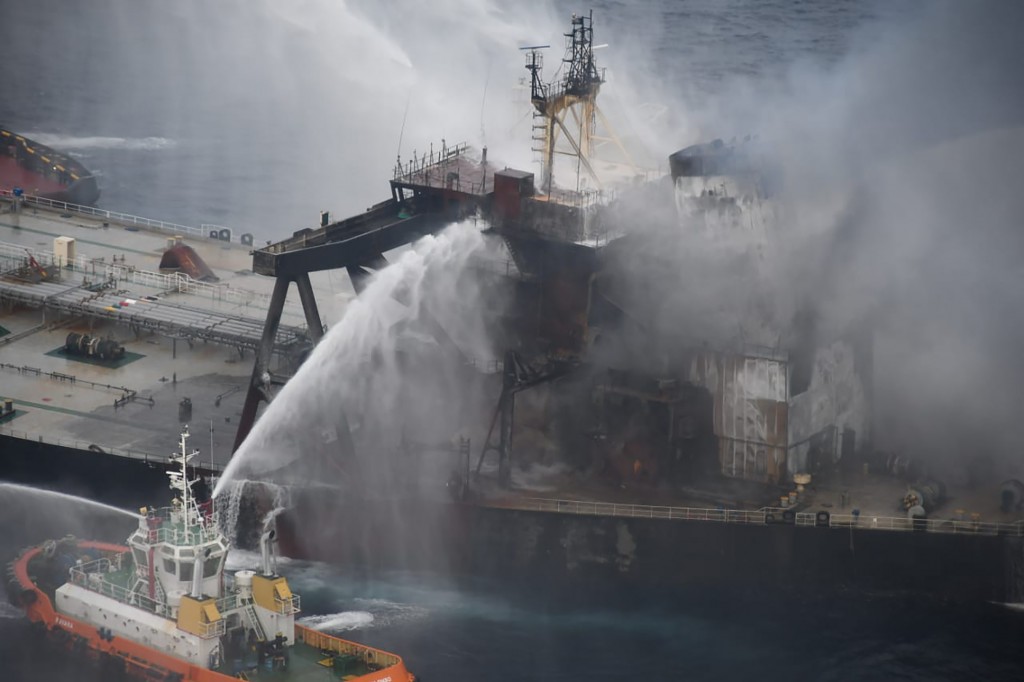 The MT New Diamond, which is carrying nearly 2 million barrels of crude oil, was damaged by two fires in a little over a week.

After the second fire was extinguished Wednesday, salvage experts climbed on board on the ship Thursday for inspections. They have now begun salvage work, giving priority to repair a leak in the ship’s fuel tank, said navy spokesman Indika de Silva.

The 17 experts include British and Dutch professionals — rescue operation specialists, disaster evaluators and legal consultants. They have been sent by New Shipping Ltd., the commercial owner of the New Diamond in Athens, Greece.

The oil slick near the ship is about 10 to 30 meters (yards) wide and about a nautical mile long and an aircraft from the Indian coast guard on Thursday sprayed dispersants on the slick, the navy said.

The navy said the initial fire began in an engine room boiler but did not spread to where the oil is kept.

It also said the ship’s engine and pump rooms have been flooded with seawater, stabling in trim by aft condition. Therefore, it is suspected that the fuel slick was caused by sludge oozed with water, and is not a cargo leak.

Water samples taken from the site are being examined by government analysts as the Sri Lanka’s Marine Environment Protection Authority has said it plans to take legal action over the fire.

The initial fire killed one Filipino crew member and injured another, while 21 other crew members escaped uninjured.