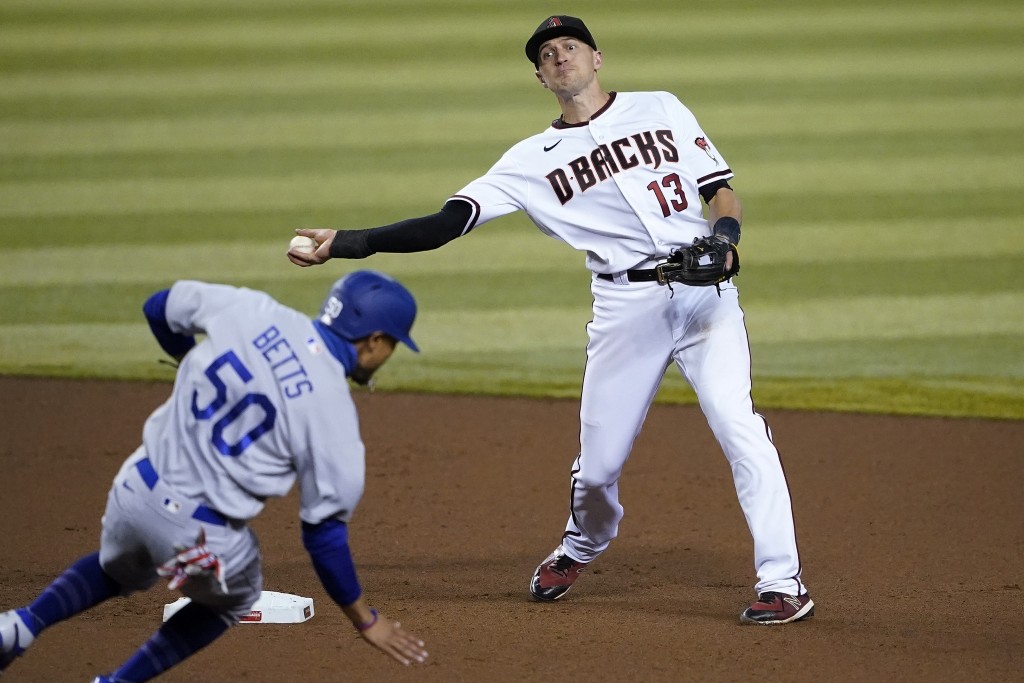 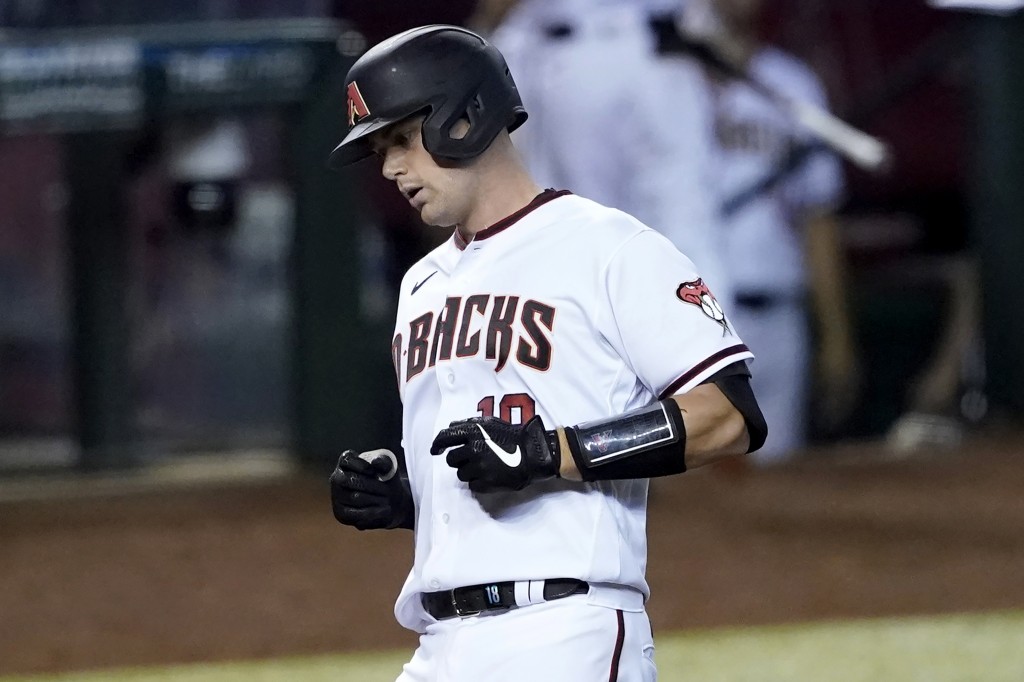 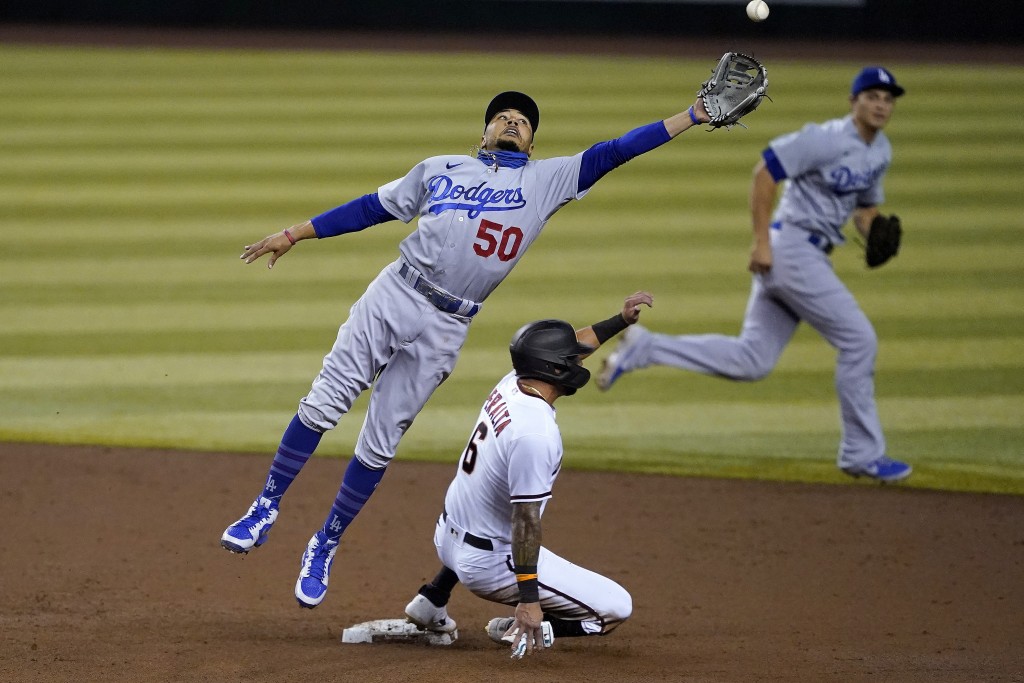 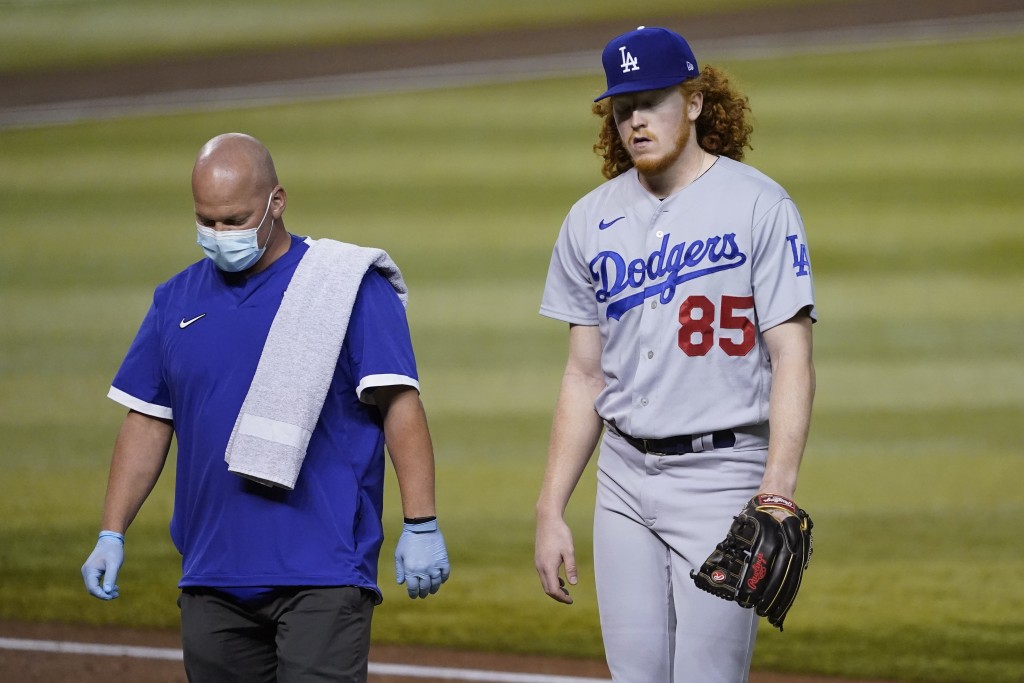 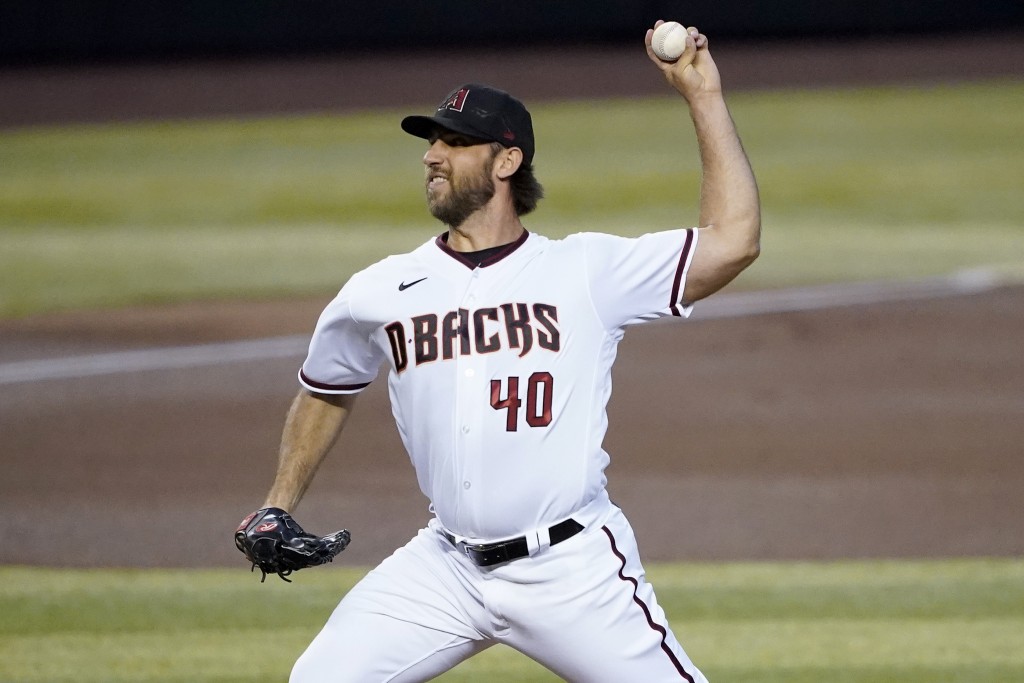 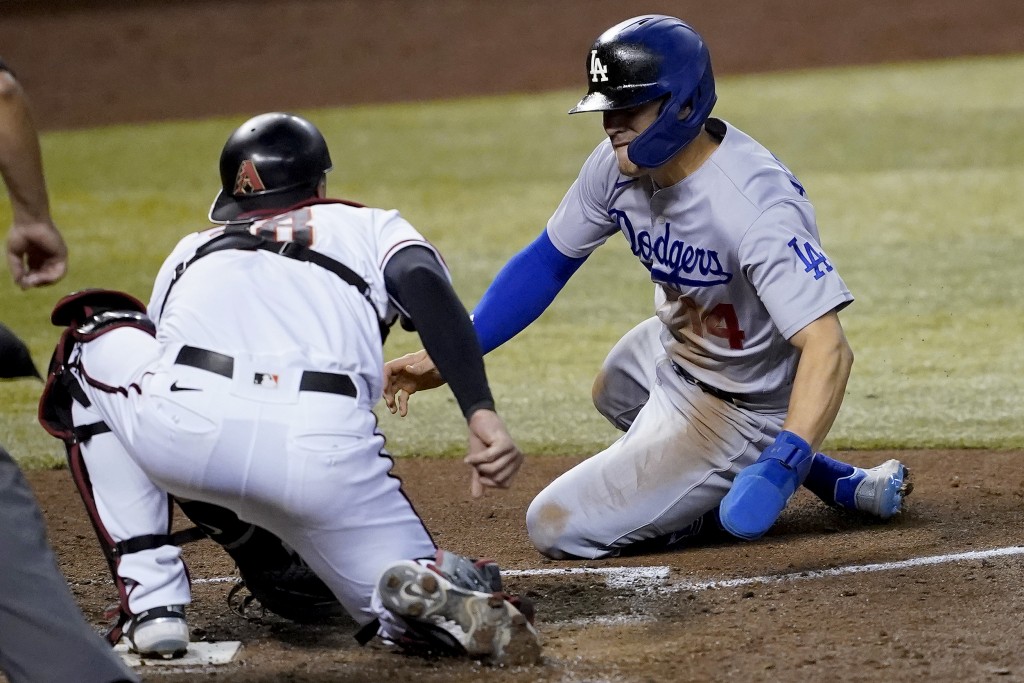 The Diamondbacks snapped a seven-game losing streak against the Dodgers and won for just the third time in 21 games overall.

Diamondbacks rookie Daulton Varsho brought home the go-ahead run when his triple scored Nick Ahmed and made it 3-2 in the sixth. Kelly followed with a towering homer to left-center that pushed the lead to 5-2.

Dodgers starting pitcher Dustin May was pulled after just one inning after he was hit on the left foot by a sharp grounder.

Diamondbacks leadoff man Josh Rojas smacked the hard-hit ball off May’s foot and reached on a single. May limped around for a minute, but remained in the game and finished a scoreless inning. He was warming up for the second when manager Dave Roberts decided to take him out of the game.

The Dodgers called the injury a bruise. It was the second time May had a rough game at Chase Field: Last season, he was hit in the head by a line drive and also had to leave the game.

Los Angeles jumped out to a 2-0 lead in the third after Seager and Pollock went deep. The Diamondbacks came right back in the bottom of the inning when Walker's two-run double — which scooted just underneath the outstretched glove of third baseman Max Muncy — tied it 2-all.

Will Smith had four hits for the Dodgers, including three singles and a double.

Dodgers star Mookie Betts made his first start at second base since 2014 and played an error-free game. Betts started 14 games at second as a rookie with the Boston Red Sox. Roberts said the team wanted to get Betts some innings at second base in case there was a late-inning situation in the playoffs where position versatility would be important.

Dodgers: RHP Walker Buehler was placed on the 10-day IL because of a lingering blister on the index finger of his right hand. He was replaced on the roster by RHP Joe Kelly, who missed the past 27 games with right shoulder inflammation. Kelly will begin serving a five-game suspension that he received for throwing near the head of Houston's Alex Bregman and Carlos Correa.

The Diamondbacks announced before Thursday's game that former All-Star infielder Jake Lamb had been designated for assignment. The 29-year-old was an NL All-Star in 2017 when he had career highs of 30 homers and 105 RBIs. But he's struggled for much of the past three years and was slated to become a free agent in the offseason.

Dodgers: Los Angeles has a rare Friday off before hosting the Houston Astros on Saturday. The Dodgers will send LHP Julio Urias (3-0, 3.86 ERA) to the mound.

Diamondbacks: LHP Caleb Smith (0-0, 3.00) will make his first start for the Diamondbacks on Friday against the Seattle Mariners. Smith was acquired from the Marlins in a trade on Aug. 31 as part of a deal for outfielder Starling Marte.