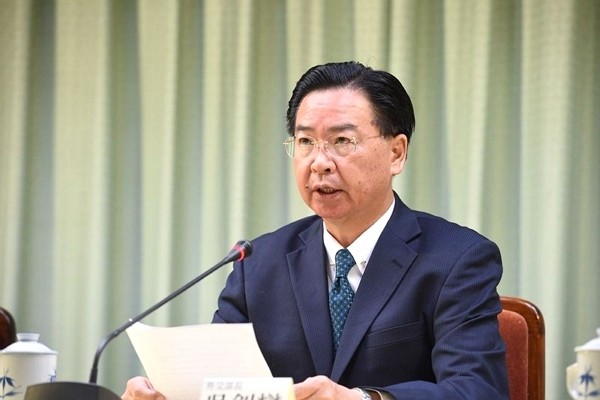 While attending an Atlanta Council on International Relations (ACIR) video conference Thursday, Wu pointed out that trade between the U.S. and Taiwan in 2019 exceeded US$80 billion, CNA reported. Also, Taiwan Semiconductor Manufacturing Company (TSMC) recently announced that it will invest US$12 billion to set up a factory in Arizona, showing the close economic and trade ties between Taiwan and the U.S.

Wu pointed out that in response to the economic challenges posed by the Wuhan coronavirus (COVID-19), the Taiwan government has introduced a series of stimulus measures to get business “back on track” and ensure that Taiwan’s industries are able to keep up with changes in the global supply chain. He also mentioned the government has implemented economic reforms, developing Taiwan as a high-end manufacturing and research and development hub in Asia, as well as a financial and asset management center in the Indo-Pacific region.

Wu said conditions for the two countries to negotiate a BTA are “ripe.” He described President Tsai Ing-wen’s (蔡英文) loosened restrictions on U.S. pork and cattle imports as a demonstration of Taiwan's commitment to a trade agreement.

“Taiwan sincerely hopes that this relaxation measure will pave the way for substantive dialogue and closer trade relations between Taiwan and the U.S., including a BTA,” Wu stated. The signing of such an agreement, he remarked, would be a good starting point to strengthen the Taiwan-U.S. economic partnership.

Wu expressed the hope that the U.S. will become Taiwan's strongest strategic partner. In return, Taipei would be an unwavering partner and friend of Washington, contributing to the prosperity of Taiwan, the U.S., and the Indo-Pacific region.

Washington-based think tank The Heritage Foundation on Aug. 31 held an online discussion with Assistant Secretary of State for the Bureau of East Asian and Pacific Affairs David Stilwell and Taiwan Envoy to the U.S. Bi Khim-Hsiao (蕭美琴) to discuss ways to increase bilateral economic cooperation. The American Institute in Taiwan (AIT) later stated that Undersecretary of State for Economic Growth, Energy, and Environment Keith Krach will likely visit Taiwan by the end of September to hold free trade talks with government officials.