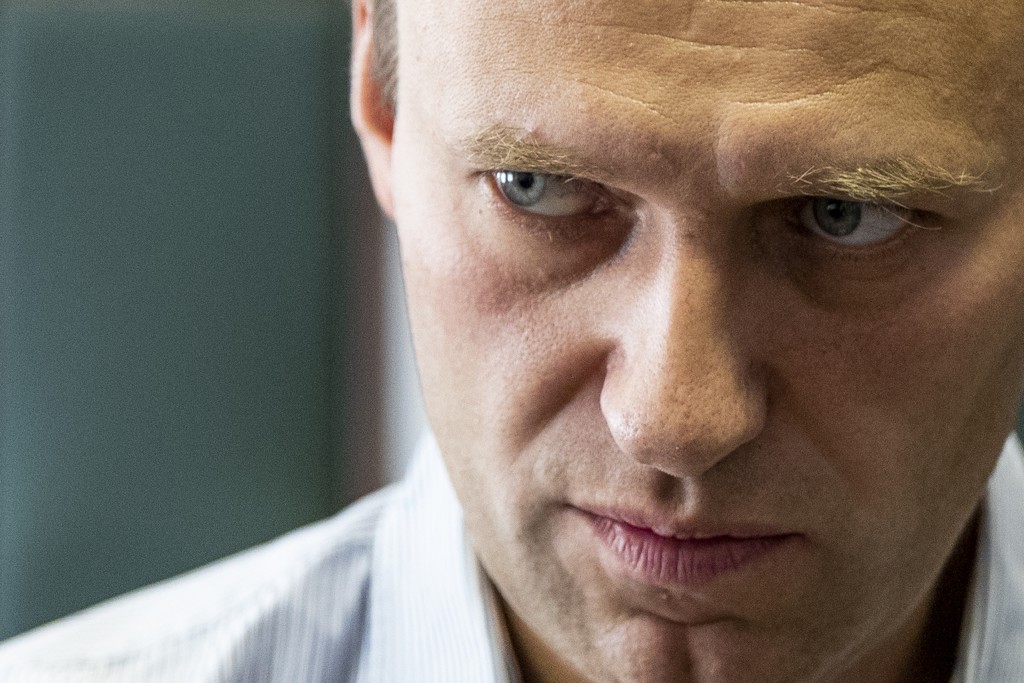 UNITED NATIONS (AP) — Russia clashed with Germany and five of its Western allies Thursday over the poisoning of Kremlin critic Alexei Navalny, with Moscow’s ambassador demanding evidence that a Soviet-era nerve agent was responsible and Germany’s envoy countering that his country's findings have been handed over to the international chemical weapons watchdog.

The confrontation came at the monthly U.N. Security Council meeting on chemical weapons in Syria, with the United States, Belgium, Britain, Estonia and France expressing grave concern at Germany’s determination that 44-year-old Navalny was the victim of a chemical weapons attack using a military-grade nerve agent from the Novichok group.

Britain’s acting U.N. ambassador, Jonathan Allen, said a similar nerve agent was used “with lethal effect” in southern England in 2018 on former Russian spy Sergei Skripal and his daughter. A woman exposed to the contents of a perfume bottle reportedly used in the attack died several months later. Russia vehemently denied any involvement, but Britain has charged two men it called Russian military intelligence officers with the nerve-agent poisoning.

Allen told the council that the United Kingdom stands with Germany’s findings on Navalny and called on Russia to “urgently conduct a full and transparent investigation into this use of a banned chemical weapon” and to uphold the Chemical Weapons Convention that bans their use.

Acting U.S. deputy ambassador Cherith Norman Chalet called Navalny’s poisoning by a chemical weapon “completely reprehensible” and urged Russia “to be fully transparent and to bring those responsible to justice.”

Navalny, the most visible opponent of Russian President Vladimir Putin, fell ill on a flight to Moscow on Aug. 20 and was taken to a hospital in the Siberian city of Omsk after the plane made an emergency landing. He was flown to Germany two days later.

German scientists concluded that “without doubt” Navalny was poisoned by a Novichok agent. The German hospital treating Navalny said Monday his condition had improved, allowing doctors to take him out of an induced coma.

Russia’s U.N. ambassador, Vassily Nebenzia, told the Security Council that “we are the most interested party to know what happened” and Moscow wants Germany to share its evidence. He said the Russian doctors who saved Navalny’s life found no “chemical weapons substances.”

Nebenzia cited an Aug. 27 request from Russia's prosecutor to Germany for information under a Russian-German agreement, which has had no response.

“If you demand explanations, put the facts on the table and we’ll compare notes,” he said. “Why should we trust allegations uncorroborated by evidence?."

“This whole incident cannot but raise questions about some foul play being staged,” Nebenzia added.

Germany’s Defense Ministry has said the data about Navalny has been provided to the Hague-based Organization for the Prohibition of Chemical Weapons, which implements the Chemical Weapons Convention.

Stressing that point, Germany Ambassador Christoph Heusgen accused Russia of using “another smoke screen” and said Navalny’s poisoning isn’t an issue between Germany and Russia but “an issue of international concern" about chemical weapons use.

Germany “is doing what it is supposed to do under the Chemical Weapons Convention” by giving all the evidence to the OPCW, Heusgen said.

“And it would be very good if Russia would work with OPCW in finding all the background to the case of the use of Novichok,” he said.

Nebenzia replied that it is a case Russia-German relations and not an international issue. He quoted a Russian Foreign Ministry statement issued Wednesday saying if the evidence requested by Moscow isn’t provided, Russia will regard it as Germany’s refusal “to establish truth” in an investigation.

Nebenzia also quoted the ministry as saying this would be regarded as “a blatant and hostile provocation against Russia, which would definitely undermine Russian-German relations and international relations as a whole.”