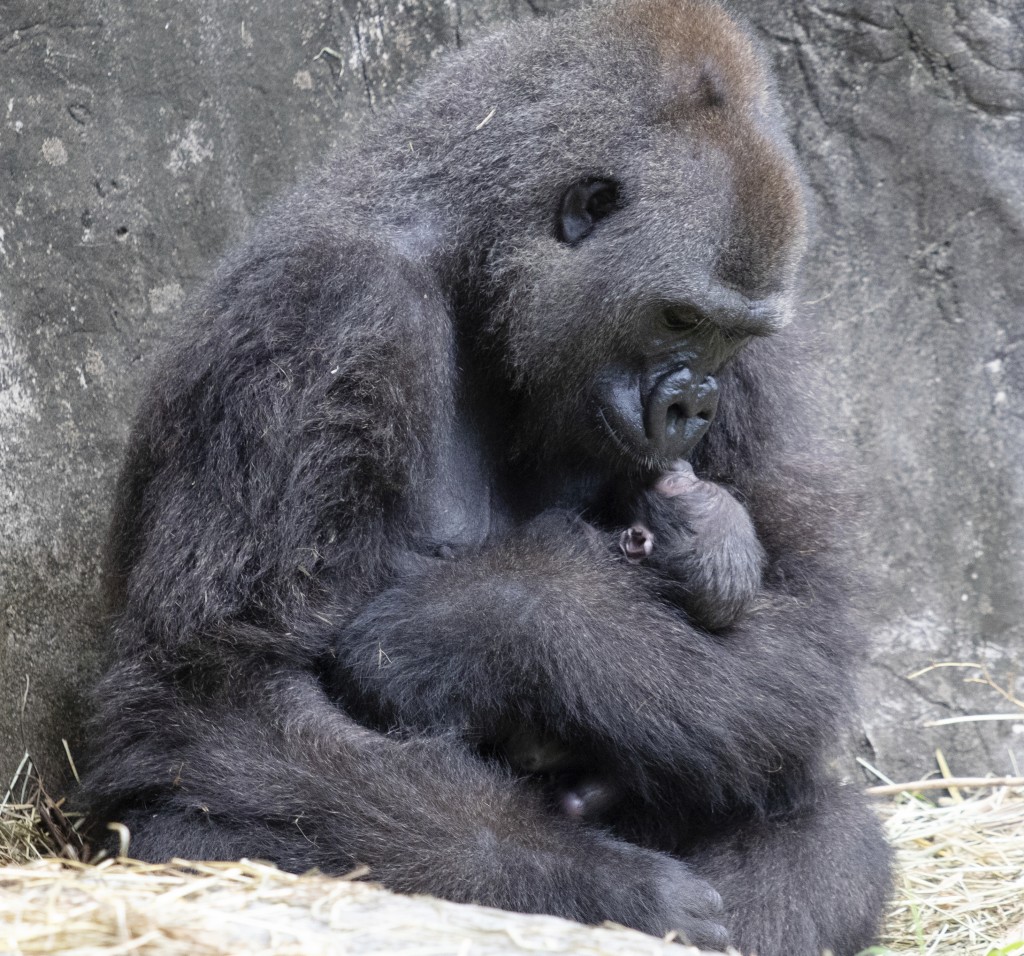 NEW ORLEANS (AP) — Less than a week after celebrating the birth of a critically endangered gorilla, the zoo in New Orleans is mourning its death.

“There are many risks involved with gorilla births and unfortunately, it is not unusual for a first-time gorilla mom to lose an offspring,” Dr. Robert MacLean, Audubon’s senior veterinarian, said in a news release.

Necropsy results will be available in a few weeks, the statement said.

The baby seemed to be doing very well at first, and zookeepers were keeping their distance to avoid disturbing them - they didn't even know the baby's sex yet, and hadn't named it. But by Wednesday evening, the baby appeared lethargic and weak. It was taken to the zoo’s animal hospital but veterinarians couldn’t save it, the statement said.

“We are heartbroken over the loss,” said Ron Forman, Audubon Nature Institute president and CEO. “This has been a work in progress for many years, from the introduction of the new troop members to the announcement of the birth."

Twenty-four-year-old Praline, also female, is the only other gorilla born at the zoo. Tumani, father Okpara and Alafia, a third female, were brought in from other zoos.

The baby was the seventh western lowland gorilla born this year at a facility accredited by the Association of Zoos and Aquariums, spokesman Rob Vernon said in an email.

Gorillas in zoos average nearly 10 years old when they first give birth, but mothers as young as 5 and as old as 41 have been recorded, according to the species survival plan’s guide to gorilla care.

The species native to central Africa was declared critically endangered in 2007 because of habitat loss as well as deaths caused by the Ebola virus and hunters who killed them illegally for their meat.

Although there were an estimated 362,000 in the wild in 2016, their numbers were falling about 2.7% a year, according to the International Union for the Conservation of Nature. At that rate, their numbers could plummet more than 80% by 2082.