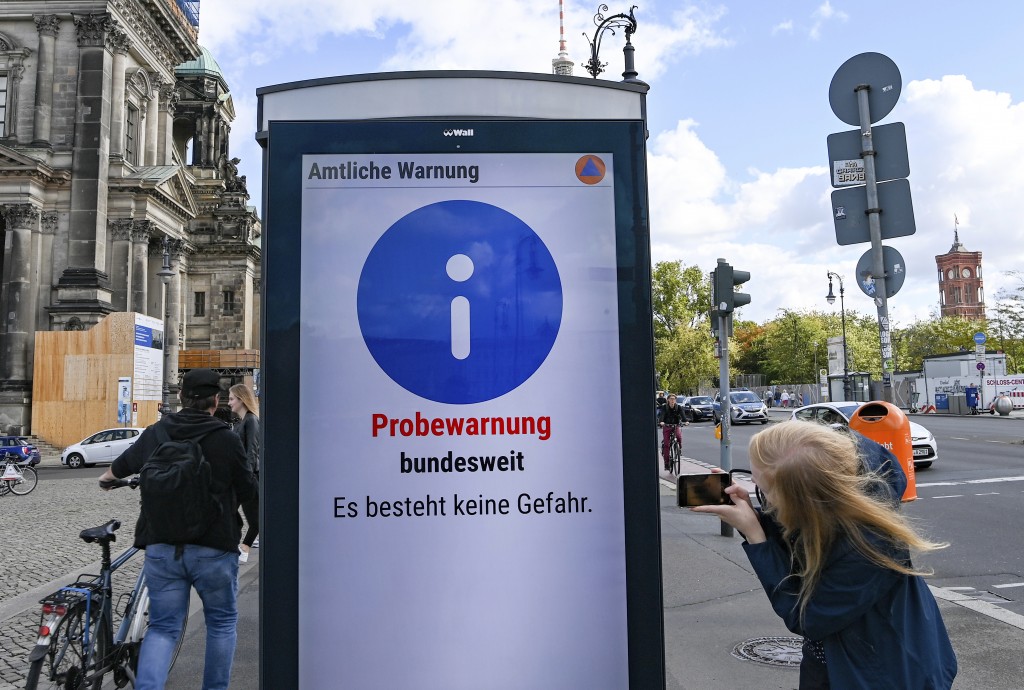 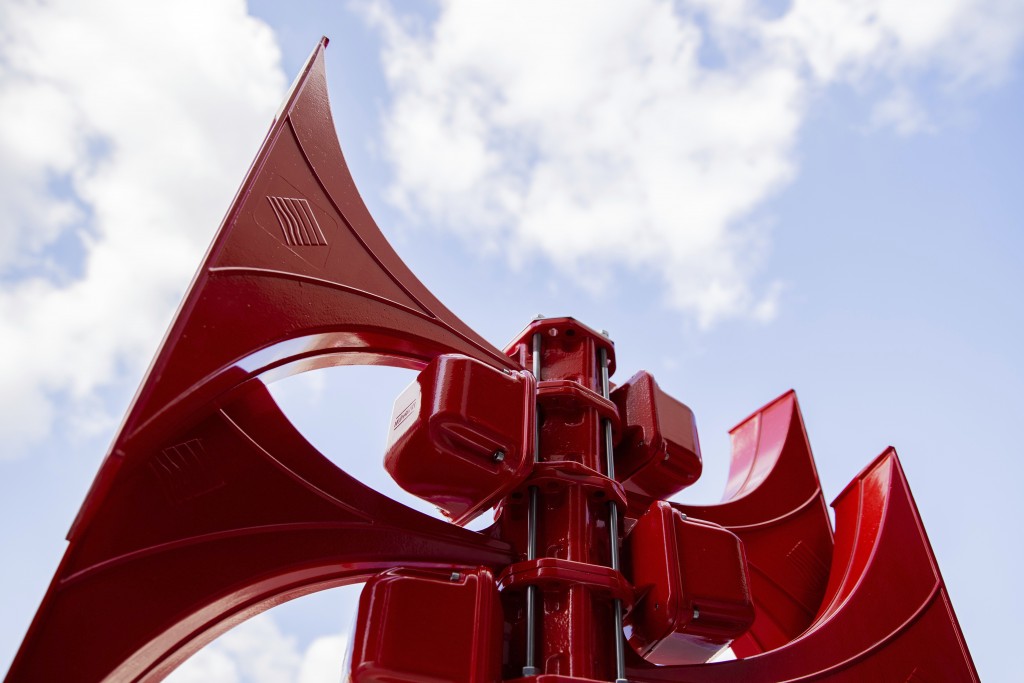 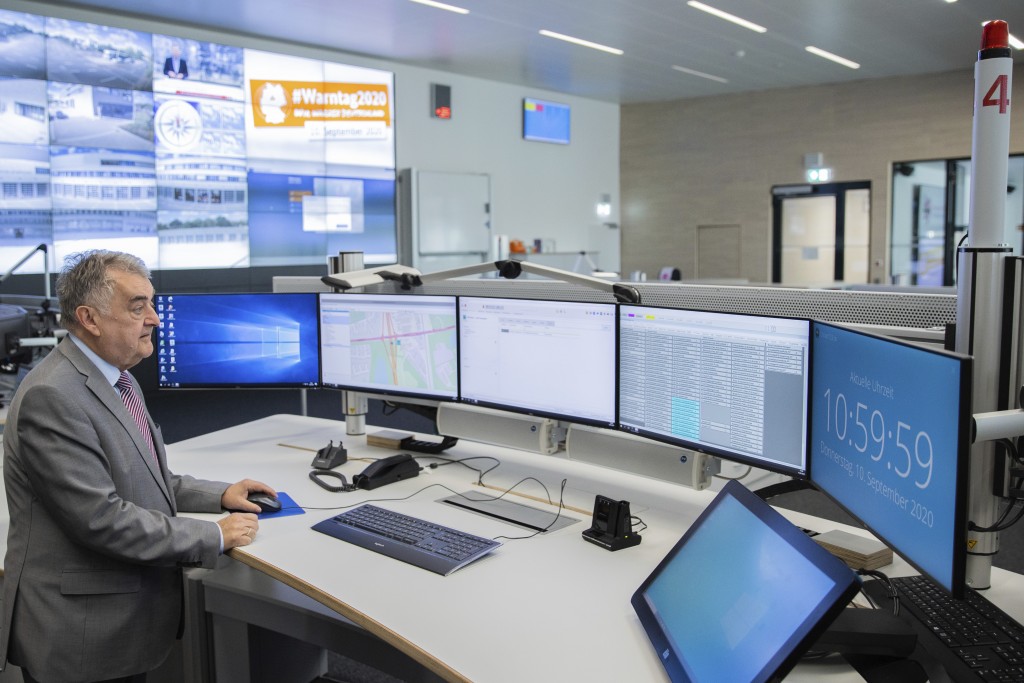 BERLIN (AP) — People in Germany braced themselves for shrieking sirens Thursday morning but instead got deafening silence in many places as the first test of the nationwide warning system in 30 years proved widely a failure and punctured the country's infamous image of efficiency.

The Federal Office of Civil Protection and Disaster Assistance cautioned the public well in advance to be prepared for the test, which employed air-raid sirens, smart phone apps and other alert systems. Teachers were told to tell students what would be happening, and animal welfare groups advised owners on precautions to protect their pets.

But then, widely, nothing.

In some major German cities, like Berlin and Munich, it turned out the sirens had been removed at the end of the Cold War - something known by local authorities but not clarified in the blanket warning. In other cases, the system just didn't work.

Push alerts by the national warning app NINA also arrived late or not at all.

The civil protection office said an initial analysis appeared to indicate too many people were involved in activating the alarm at the same time.

“A number of places put out the alert all at the same time at 11 o'clock, which should not have happened,” the head of the federal agency, Christoph Unger, told news channel n-tv.

“We wanted to issue the warning only at one place, but several did it simultaneously, and that overloaded the system," Unger added.

The agency said it did not want to comment further on the problems so it wasn't immediately clear in how many places across the country the siren didn't go off properly or how many users were affected by the delay of the push alerts.

The German Interior Ministry said later that a “technical problem” caused the failure and would be investigated “comprehensively.”

However, there were also places were the alarm worked. In Potsdam and Cottbus in eastern Germany and in Cologne in the west of the country sirens could be heard; in nearby Leverkusen, some sirens went off, but not all, the daily Rheinische Post newspaper reported.

One reason sirens failed to sound in many communities appeared to be the devices no longer existed, German news agency dpa reported.

During the Cold War, West Germany had a nationwide system of over 86,000 sirens to warn people in case of war. Test alarms were frequent. But with the fall of the Iron Curtain and the reunification of East and West Germany, nationwide testing came to an end.

During disastrous Elbe river floods in 2013, authorities realized they needed a new system to warn of imminent catastrophes, such as nuclear disasters, fires, chemical accidents or the extreme weather events which are expected to increase due to climate change.

The warning system includes the wailing of sirens, push alerts by the national NINA warning app, radio and TV announcements, and authorities driving through communities to warn inhabitants over loudspeakers.

Although Thursday's test didn't go as planned, authorities said it was still a valuable exercise.

“This phenomenon delivers important findings for the development...and the needed further cooperation between the places involved on the federal and state level,” the Federal Office of Civil Protection and Disaster Assistance said on Twitter.

Starting next year, Germany is going to have an annual test alarm every second Thursday in September, the agency said.