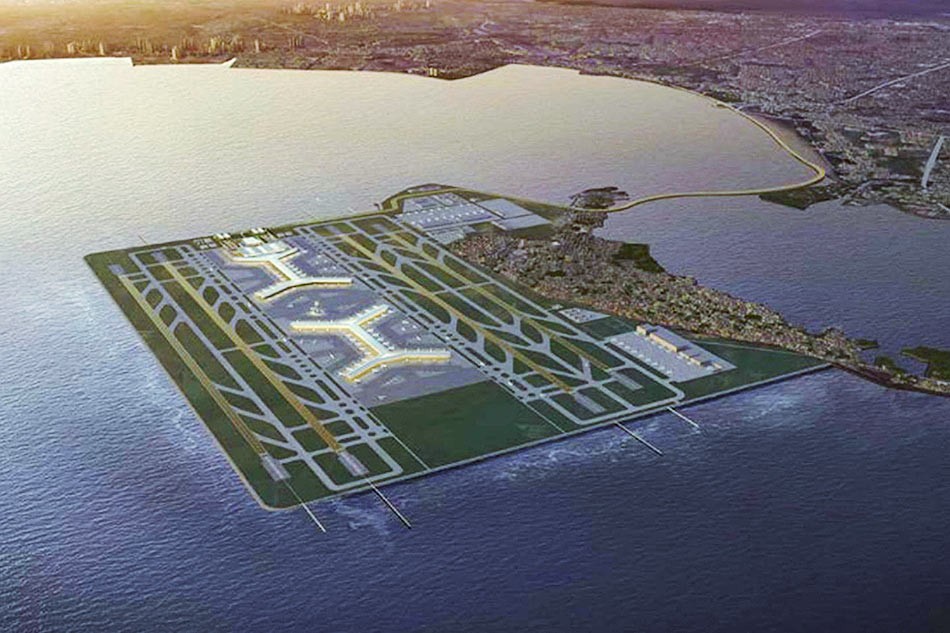 TAIPEI (Taiwan News) — The chief of the Philippines Navy on Thursday (Sept. 10) announced his opposition to plans to allow a blacklisted Chinese contractor to build an airport and expel the navy from its base in Manila Bay.

Vice Admiral Giovanni Carlo Bacordo argued against the construction of a US$14 billion airport on Sangley Point via a joint venture between the Chinese contractor China Communications Construction Co. (CCCC) and the Philippine contractor MacroAsia Corporation. The project, meant to ease congestion at the nation's main international gateway, Ninoy Aquino International Airport, was given the green light by President Rodrigo Duterte last week.

Bacordo stressed that Sangley Point is at a strategic location only 10 kilometers away from Manila, the country's capital, which faces the contested West Philippine Sea.

“We are guarding the entrance of Manila. If Manila will fall, the whole country will fall,” said Bacordo to ABS-CBN's TeleRadyo.

He warned that current blueprints for the airport have it occupying all of Sangley and 75 percent of the Cañacao Bay. This would force the displacement of the current naval base on the point, affecting 10,000 sailors, 207 naval structures, 738 in-base homes, and three schools.

The navy chief told the news service that there has yet to be a viable location identified for the base to be moved to. He then added, "Our wish is that even if the Sangley Point International Airport pushes through, we stay there."

In addition, CCCC was one of 24 Chinese firms blacklisted by the U.S. Commerce Department for their role in building artificial islands for China in the South China Sea. Given this ban, Bacordo was cited by the Inquirer.net as saying, "All the more we want to remain there so to ensure that there are no security violations."

In 2011, the World Bank banned the CCCC and its subsidiaries for fraudulent activities during the first phase of the Philippines National Roads Improvement and Management Project. Despite the company's checkered record and the latest blacklisting by the U.S., Dutere last week approved its participation, and his spokesperson Harry Roque was cited by ABS-CBN News as saying "he [Duterte] will not follow the directives of the Americans because we are a free and independent nation, and we need investors from China."

Nevertheless, Bacordo struck a conciliatory tone by saying that the project can go forward without evicting the navy. He suggested that one solution would be to build the airport north of 1898 Avenue, thus negating the need to reclaim the Cañacao Bay.