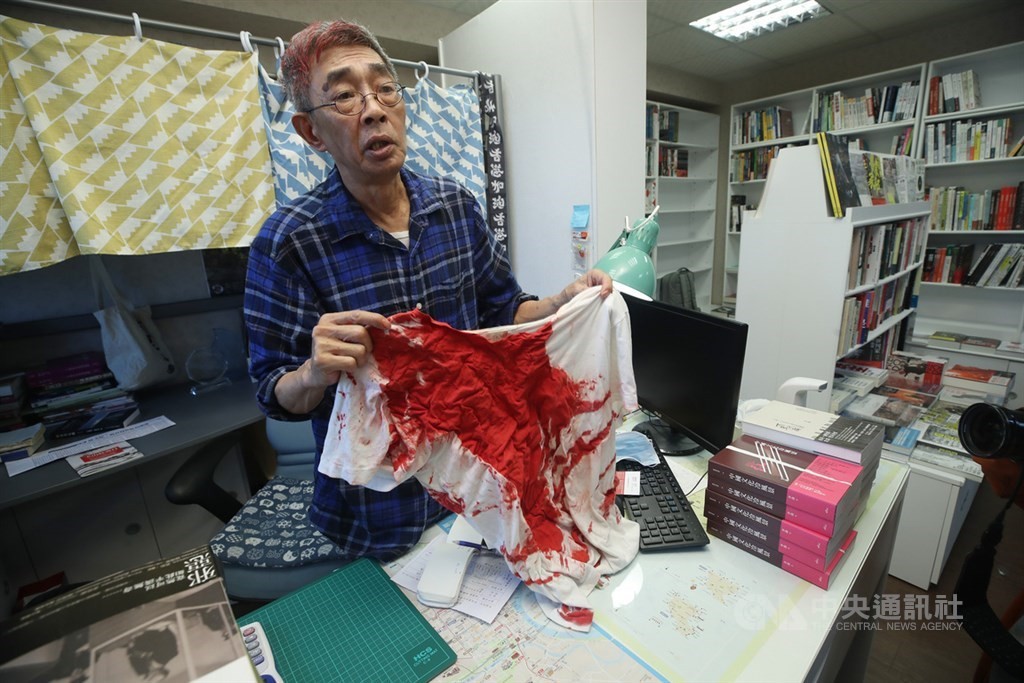 Lam, who fled to Taiwan amid fears of Chinese persecution, was attacked on April 21 as he ate breakfast at a coffee shop in Taipei's Zhongshan District, just days before opening his new bookshop in the city.

Prosecutors allege that Cheng, who lives in Kaohsiung, was angered by Lam's pro-democracy and human rights advocacy in Hong Kong and conceived the attack after learning that he planned to reopen his Causeway Bay Books on April 25 in Taipei.

After finding photos of Lam and the address of his new bookstore online, Cheng sought help from the Tseng brothers and the three men travelled to Taipei on April 20.

The following morning, the suspects spotted him on the terrace of a coffee shop near his bookstore, and splashed him with red paint before fleeing, prosecutors said.

All three men were arrested in Kaohsiung on April 22, but were released on bail after the Taipei District Court turned down a request by Taipei City Prosecutors Office to detain and hold them incommunicado, citing insufficient evidence that the suspects were a flight risk or would collude with others.

Lam's original bookstore in Hong Kong, which sold books critical of China's leadership, was closed in 2016 after he and several of the store's shareholders disappeared into Chinese custody.

His Taipei bookstore, located on the 10th floor of a commercial building near the Zhongshan MRT station, opened on April 25, with Taiwanese political figures, including President Tsai Ing-wen (蔡英文) and Legislative Yuan Speaker You Si-kun (游錫堃) in attendance.