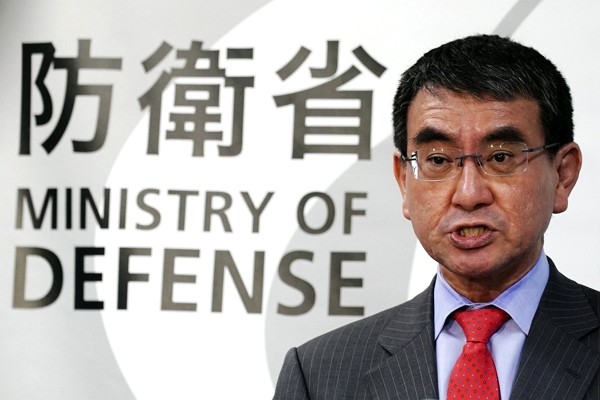 TAIPEI (Taiwan News) — Japanese Defense Minister Taro Kono said Wednesday (Sept. 9) that Beijing has become a "security threat" to Japan and an international alliance in the Indo-Pacific region is necessary to constrain its actions.

During an online forum with the Center for Strategic and International Studies (CSIS), the Japanese official pointed out that Beijing has shown obvious aspiration to expand its maritime militarization to the East China Sea. He added that Beijing has become a serious threat to Tokyo.

Kono stressed that countries that share similar values in the Indo-Pacific should enhance collaboration to sanction China when it violates international law. He said Beijing needs to pay for its rule-breaking, but the U.S.-Japan alliance is limited in what it can do.

Kono said he believes Beijing will only be intimidated by a larger multi-national mechanism. He added that formalizing "the Quad" security grouping between Japan, the U.S., India, and Australia can send a strong message to China that its behaviors will not be tolerated.