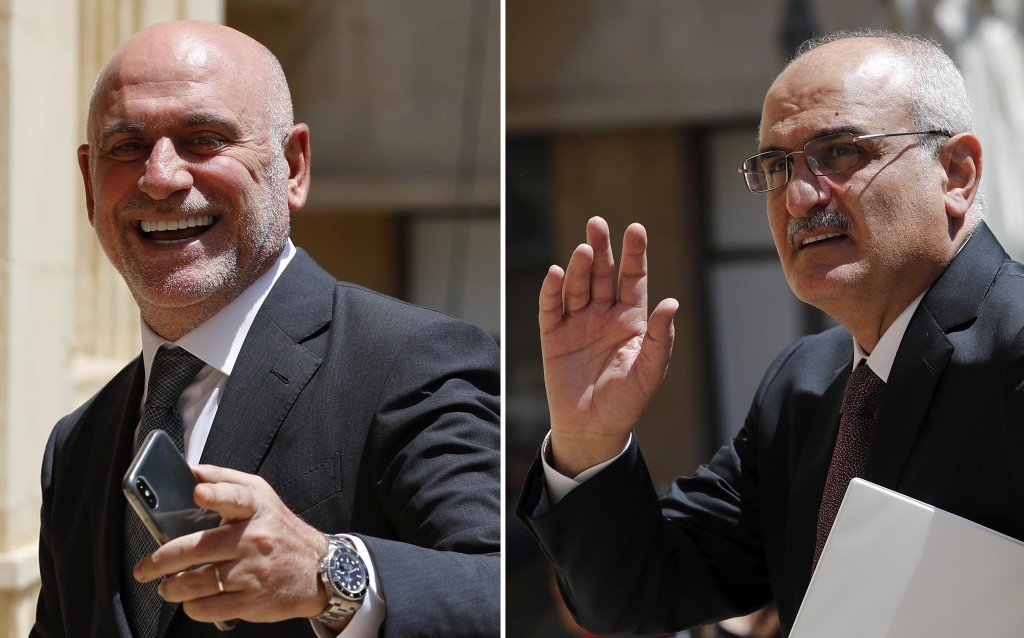 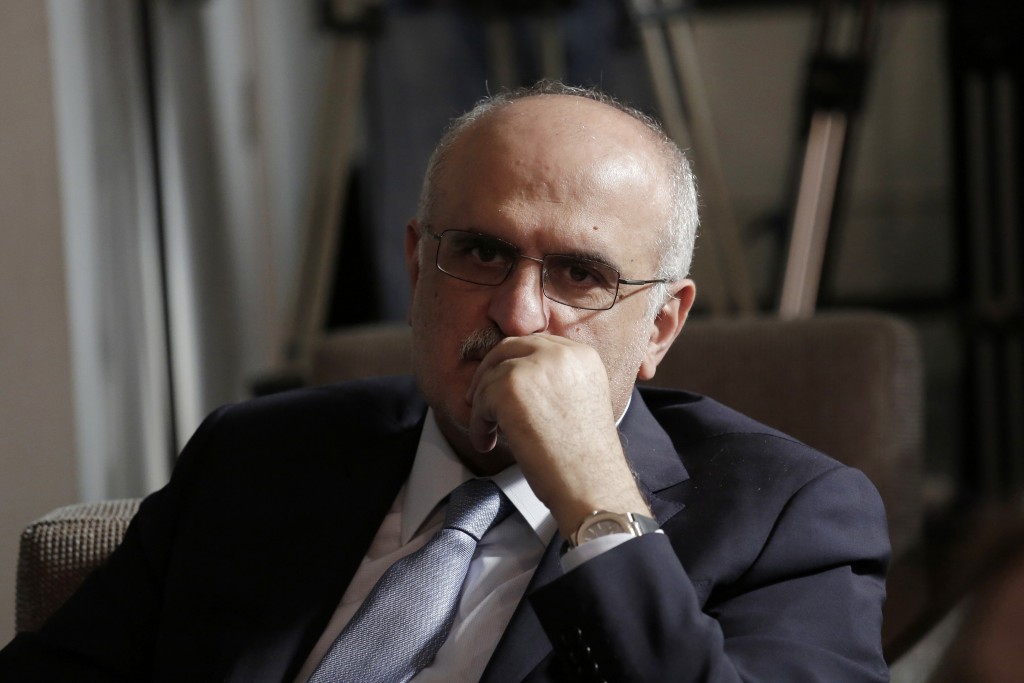 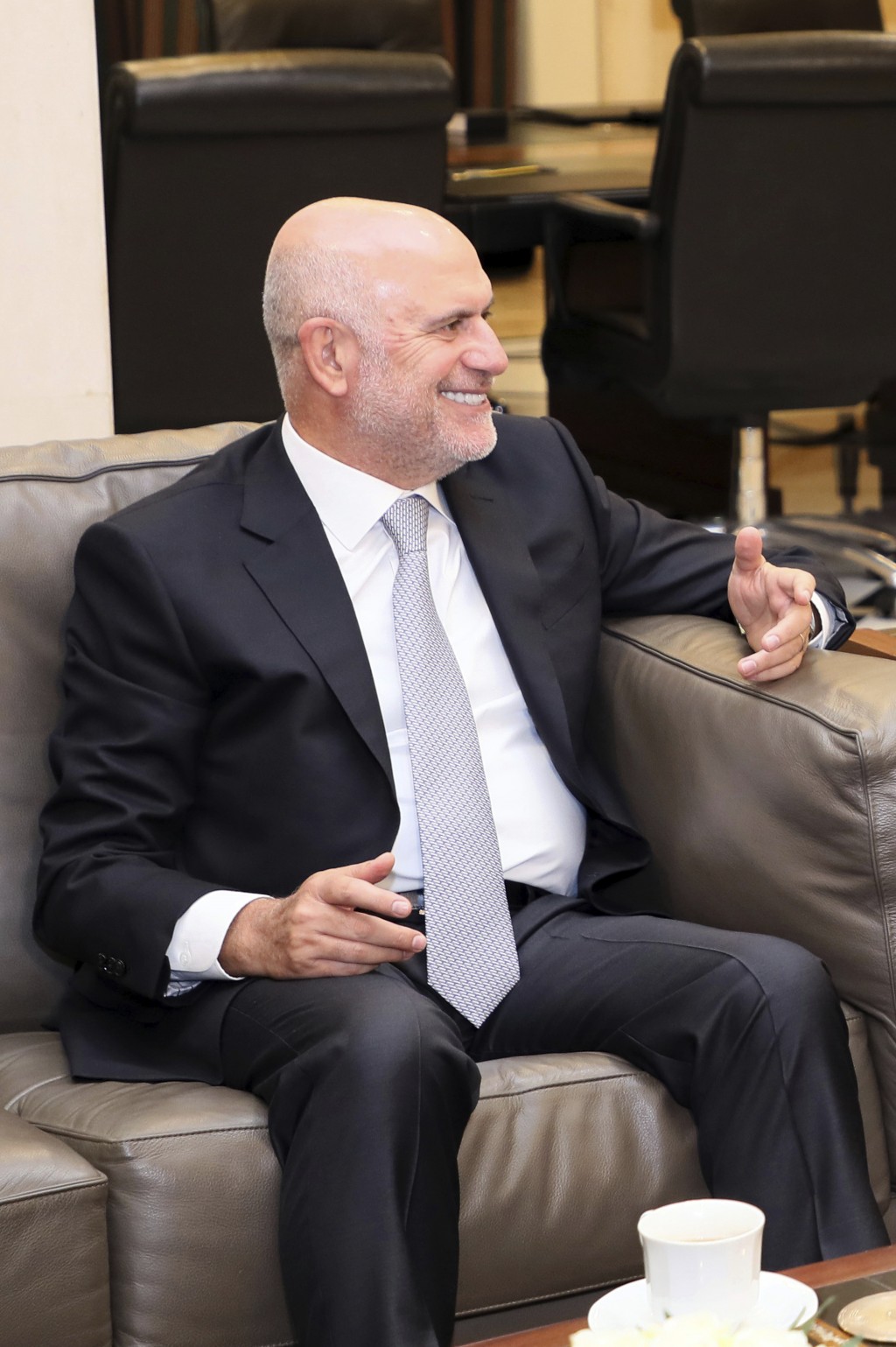 BEIRUT (AP) — A powerful political group allied with militant Hezbollah denounced Wednesday the U.S. sanctions imposed against one of its senior members, saying they infringe on Lebanon’s sovereignty and will not succeed in extracting any concessions.

The statement by the Shiite Amal group headed by Lebanon's longtime Parliament Speaker Nabih Berri came a day after the U.S. Treasury sanctioned two former Cabinet ministers who are allied with Hezbollah.

The new sanctions — a rare move by Washington targeting politicians close to the Iran-backed Hezbollah — sent a strong political message to local allies of the group, including President Michel Aoun who maintains a political alliance with Hezbollah.

The sanctioned officials are former finance minister and top Amal official Ali Hassan Khalil and former public works and transportation minister Youssef Fenianos, a senior member of the Christian Marada Movement. That organization is allied with Hezbollah and Syrian President Bashar Assad's government. Khalil is currently a member of the Lebanese Parliament.

The Marada Movement's chief, Sleiman Fangieh, said in a short statement that the American decision is political, adding that “we never were or will be shy about our position, which we are openly proud of.”

Khalil and Fenianos did not respond to requests by The Associated Press for an interview.

The sanctions marked the first time that allies of Hezbollah have been targeted by sanctions. They came as Lebanon grapples with an unprecedented economic and financial crisis and deals with the aftermath of a devastating explosion at Beirut’s port that killed more than 190, wounded 6,500 and caused damage worth billions of dollars.

The sanctions also came as prime minister-designate Mustapha Adib works to form a new Cabinet to replace the one that resigned on Aug. 10, six days after nearly 3,000 tons of ammonium nitrate detonated in Beirut. The disaster fueled outrage against a ruling class that has run the country for decades amid widespread corruption and mismanagement.

The Amal group said in a statement released after a meeting of its leadership that the sanctions will not make the group change its policies, adding that no matter how much the pressure increases it “will not make concessions” regarding Lebanon's sea and land border.

Israel and Lebanon both claim some 860 square kilometers (330 square miles) of the Mediterranean Sea. Lebanon plans to start drilling in search of oil and gas in the disputed area before the end of next year. Washington is mediating between the two countries, which have been officially at war since Israel’s creation in 1948.

On Tuesday, David Schenker, the assistant secretary in the State Department’s Bureau of Near Eastern Affairs said “I believe that we are making some incremental progress” regarding the Lebanon-Israel border dispute. Schenker added he hopes to sign a framework agreement for the two countries to start discussing their maritime dispute.

Amal, whose leader has been leading the talks with the U.S. over the border dispute, said a framework agreement was reached with the American side. The group added that Washington agreed on it July 9, but so far is refusing to make a public announcement about the deal.

Some analysts in Lebanon saw the sanctions as a message to Hezbollah's allies to review their links with the Iran-backed group, especially by targeting a Christian ally for the first time.

“Fenianos and Ali Hassan Khalil are two central figures in the coalition that is led by Hezbollah,” said Ali Hamadeh, a political writer at An-Nahar newspaper who is often critical of the Iran-backed group.

He added that by sanctioning Fenianos, the U.S. is sending a message to Frangieh, the Marada chief, who is a presidential hopeful. Hamadeh said Hezbollah’s non-Shiite allies will now have to “think seriously about the repercussions of their relations with Hezbollah.”

He said at a later stage, the sanctions might target members of President Michel Aoun's Free Patriotic Movement, which has been Hezbollah’s strongest Christian ally since 2006.