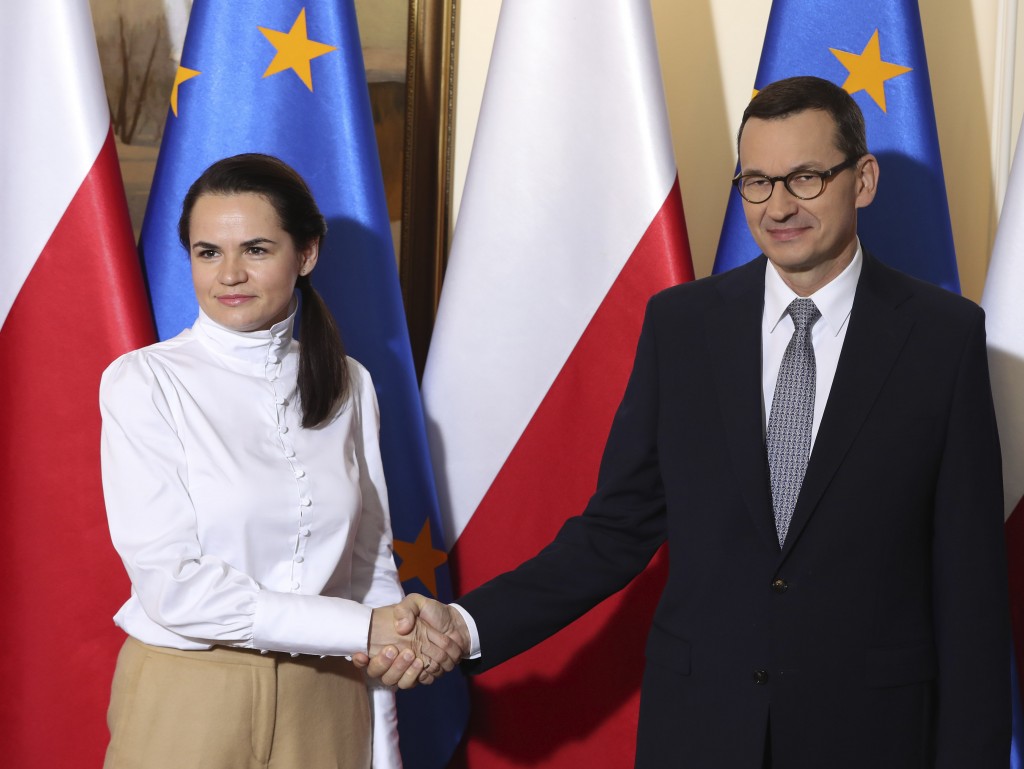 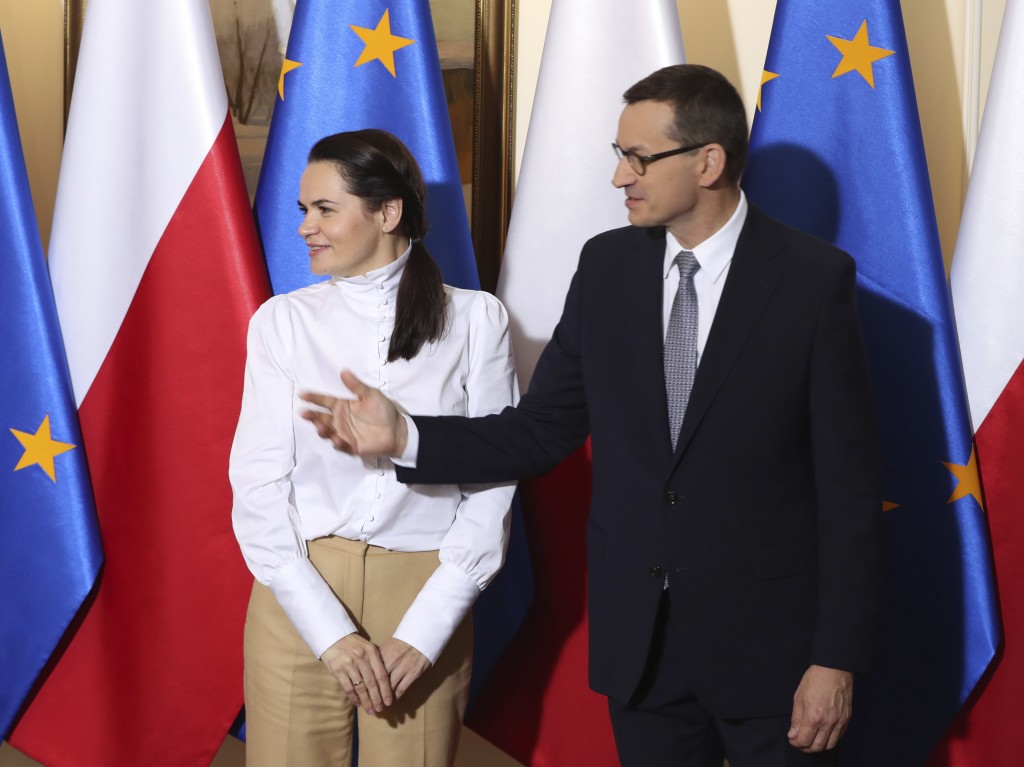 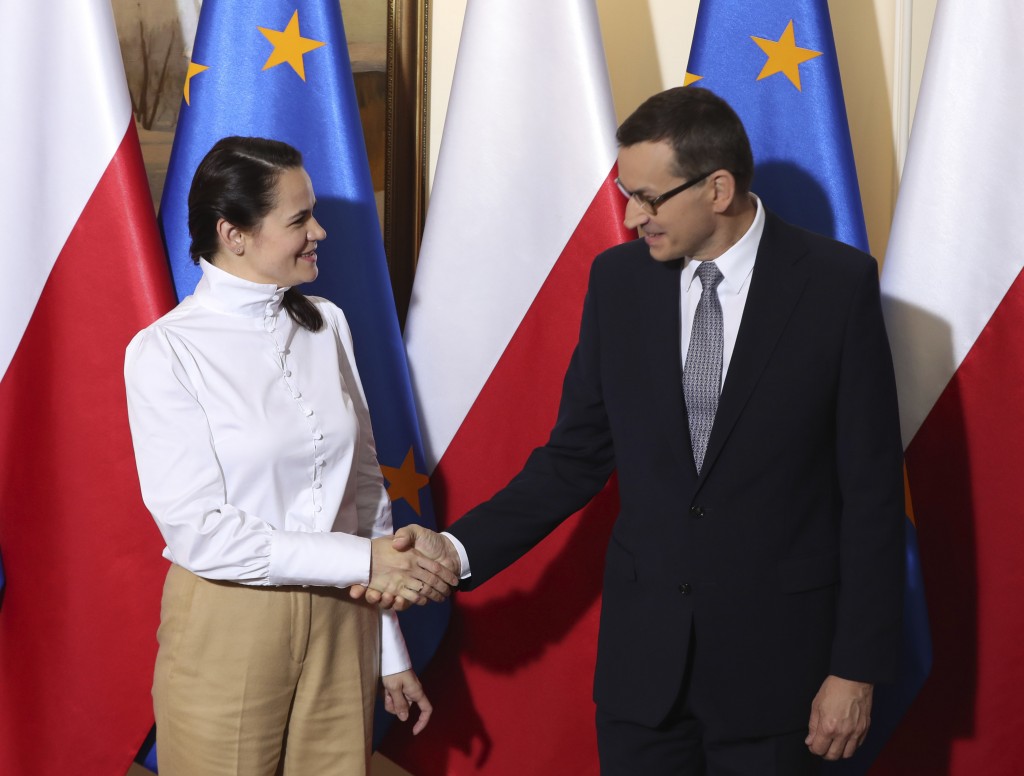 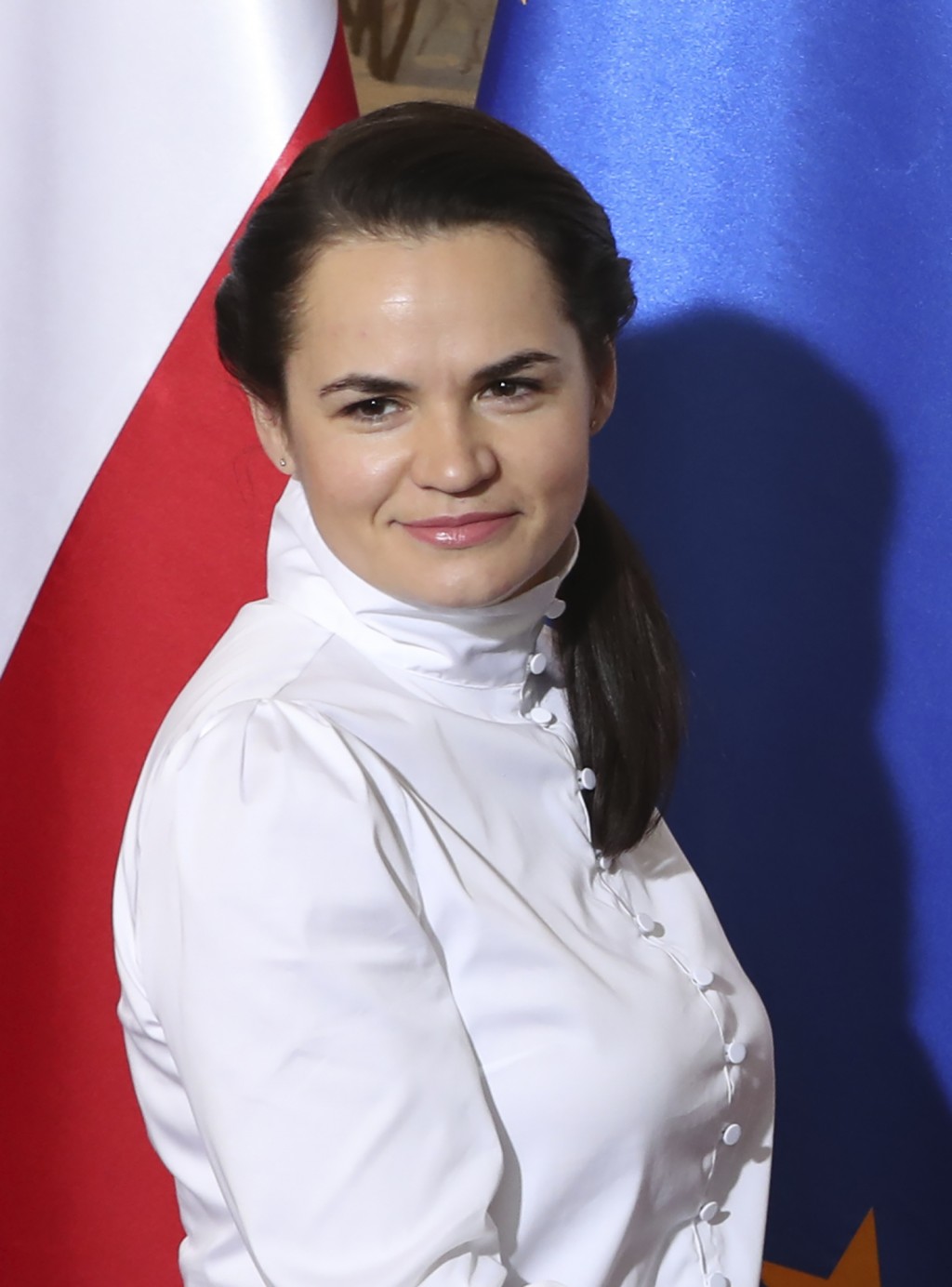 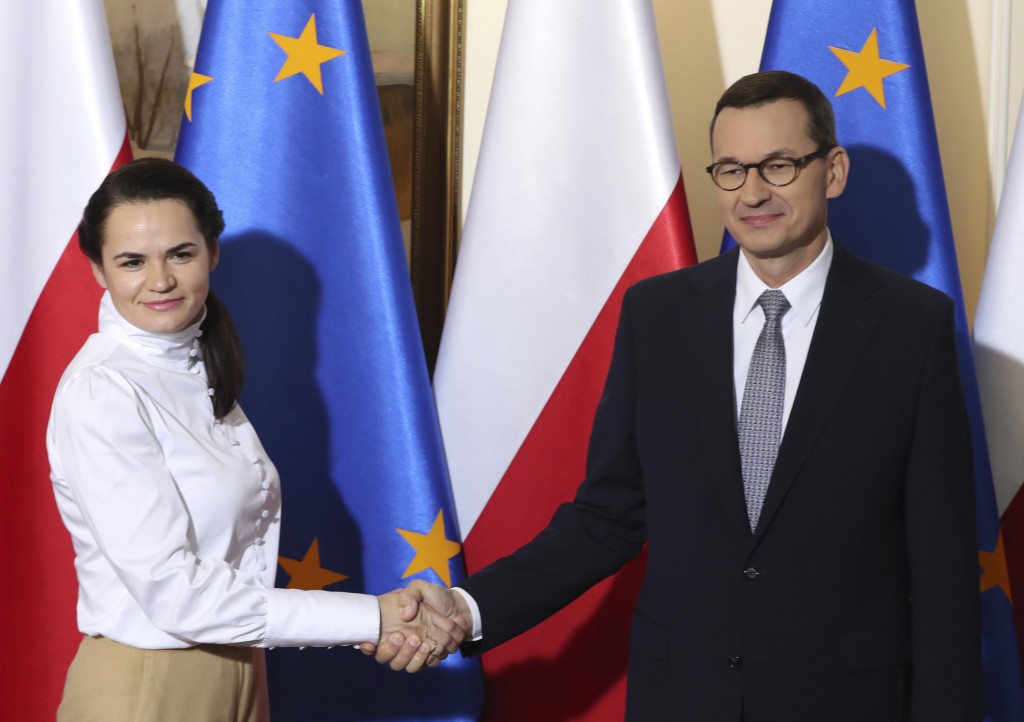 Prime Minister Mateusz Morawiecki greeted Sviatlana Tsikhanouskaya, who has contested official election results that handed the authoritarian president of Belarus a sixth term, along with other opposition members in a villa the Polish government made available as a new, larger location for the Belarusian House.

“Poland is an open home for all Belarusians who need help,” Morawiecki said.

“We want all Belarusians to find their real, most wonderful home in Belarus as soon as possible, but we realistically know that this fight must also be fought and supported from somewhere else," he said.

Weeks of massive street protests in Belarus have followed an election on Aug. 9 that longtime authoritarian President Alexander Lukashenko claims to have won with 80% of the vote to Tsikhanouskaya's 10%, but which is widely seen as having been rigged.

Amid the turmoil in Belarus, neighboring Poland and Lithuania have played key roles in supporting the Belarusian opposition.

Tsikhanouskaya moved to Lithuania a day after the vote under pressure from authorities.

Morawiecki's government has in past weeks announced a series of efforts to help, including providing scholarships and places at Polish universities for Belarusian students and academics.

The prime minister said Wednesday that Poland plans to present to the European Union an economic plan to provide further assistance.

“The entire EU supports the Belarusian people in their right to express their will, to live in freedom, in democracy,” Morawiecki said.

The villa that the Polish government made available to the Belarusian community was built in the 1930s and is regarded as a jewel of modernist architecture. Located in the prestigious Saska Kępa neighborhood, it has served as the French ambassador's residence and the Tunisian Embassy.

A huge white-red-white flag with a coat of arms decorated the villa on Wednesday. It was not the official flag of Belarus but has appeared at anti-Lukashenko protests.

Follow all AP stories on the developments in Belarus at https://apnews.com/Belarus