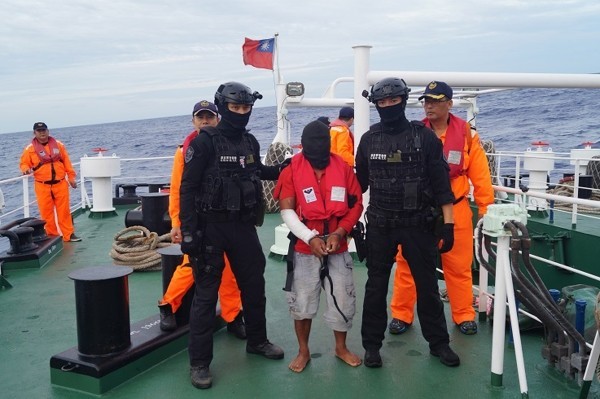 TAIPEI (Taiwan News) — A Filipino fishery worker was sentenced to life in prison on Tuesday (Sept. 8) for his killing spree on the high seas last year that resulted in the death of eight crew members on a fishing vessel.

A Pingtung District Court on Tuesday found Aurelio Arafiles Fronda guilty of homicide, attempted murder, and abandonment of a body, reported UDN. Fronda was the chief officer on the ill-fated Wen Peng (穩鵬號) longliner, which is registered in Pingtung County’s Donggang Township.

At 3 a.m. on Feb. 20, 2019, approximately 1,540 nautical miles from Port Louis, Mauritius, “A fight broke out when the chief officer hacked two of his crew to death in a disciplinary action dispute," according to a Taiwanese Fisheries Agency spokesperson. Of the ship's crew of 24, which included three Taiwanese, 10 Filipinos, and 11 Indonesians, six reportedly jumped overboard to flee from Fronda. After receiving a radio distress call about the attack, the Coast Guard Administration (CGA) dispatched the "Hsun Hu No. 8" (巡護八號) patrol boat to the vessel's last known location. Officers located the ship on March 2 of last year and arrested Fronda on the spot, later transporting him to the Pingtung District Prosecutor's Office for an investigation and trial.

The crew members who leaped overboard, who include five Indonesians and a Filipino man identified as Rizaldy Viernes, have not been seen since and are presumed dead after the conclusion of search and rescue efforts on March 4 of last year. In last year's indictment, prosecutors recommended that Fronda be handed a heavy sentence, as he had shown no mercy during his vicious assaults and cut nets that could have been used to rescue the crew members from the water.

Fronda reportedly suffers from schizophrenia and often has delusions of being persecuted. According to the ruling, Fronda believed that other crew members were jealous of his good work performance and high salary, and when he got into an argument, he lost control of his emotions and began his deadly rampage.