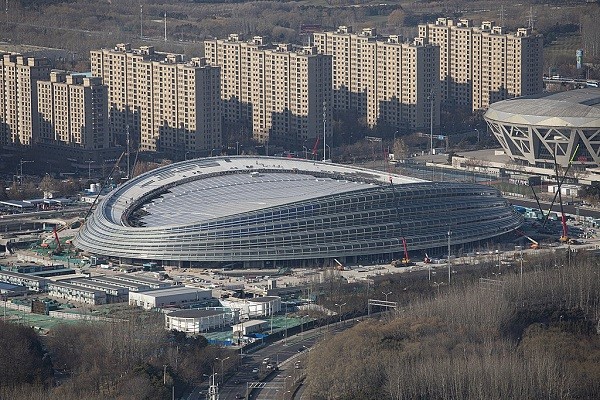 On Tuesday (Sept. 8), the day before the IOC Executive Board's meeting, a "coalition of human rights groups" jointly published a letter calling on IOC President Thomas Bach to reverse the decision to stage the next Winter Olympic Games in the Chinese capital.

In the letter, the conveners remind Bach of the committee's human rights-themed discussions leading up to the 2008 Summer Olympics, then touted as "China's coming-out party." Instead of encouraging the authoritarian state to loosen its grip, this moment "emboldened" it as it further consolidated control over its citizens, the petition states.

The letter then cites examples of the Chinese Communist Party's (CCP) alleged persecution of ethnic minorities, such as "the construction of an Orwellian surveillance state" in Tibet, the imprisonment of up to 3 million Muslim Uyghurs in internment camps, and efforts to stamp out the language and traditions of China's Mongolian population.

Also mentioned was the CCP's treatment of Hong Kong and abandonment of the "one country, two systems" framework previously guaranteed to that city until 2047 in a legally binding treaty. Beijing's aggressive posturing toward Taiwan and the "detention, disappearance, and death of countless Chinese lawyers, feminists, democracy activists" rounded out the list of grievances.

The letter chides the committee for turning a deaf ear to advocacy groups both before and after the 2008 Games. It adds that there is no reason to believe this year's competition would be any more effective at nudging China toward respect for human rights and asserts that failing to uphold the Olympic Charter's principle of 'human dignity'" will blemish the committee's moral standing.

According to the section of the Olympic Charter dedicated to the institution's "Fundamental Principles," a central goal is "encouraging the establishment of a peaceful society concerned with the preservation of human dignity." Appealing for an about-face on the decision to award Beijing host rights, the authors propose a meeting in order to make its case directly to Olympic leadership.

The signatories include human rights groups active across Europe, the Americas, Africa, South and East Asia, the Middle East, and Oceania. A total of eight Taiwan-based organizations were represented, including the Human Rights Network for Tibet and Taiwan (西藏台灣人權連線), Taiwan Alliance to End the Death Penalty (台灣廢除死刑推動聯盟), and the Taiwan East Turkestan Association (臺灣東突厥斯坦協會).

The letter comes amid growing scrutiny of the CCP's influence over international bodies, corporations, and universities, reports of ever-tightening control over Muslims in Xinjiang Uyghur Autonomous Region, and arbitrary arrests in Hong Kong after the passage of the national security law in July.