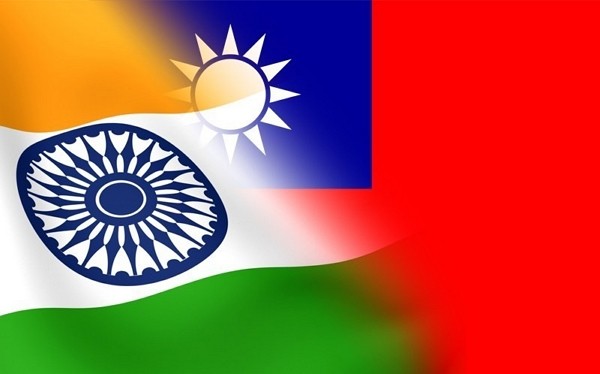 TAIPEI (Taiwan News) — The escalating border tensions between India and China have made it "imperative" that the Indian government establish deeper diplomatic ties with Taiwan, according to Center for Southeast Asian Studies (CSEAS) Executive Director Nehginpao Kipgen.

In an opinion piece co-authored by Kipgen's research assistant, Shivangi Dikshit, and published in The Washington Post on Tuesday (Sept. 8), the Burmese-American scholar pointed out that while India has been a longtime supporter of the "one China policy," it has also maintained its relationship with Taiwan. He said recent developments in disputed areas of the Sino-Indian border have made it clear that enhanced ties between New Delhi and Taipei are now necessary.

Although the Indian authorities are hesitant to commit to full diplomatic recognition of Taiwan, Kipgen believes the two nations can deepen their collaboration in areas of shared interest. He added that both have introduced policies for a greater presence in Southeast Asia, with Taiwan launching the New Southbound Policy in 2016 and India initiating the Act East Policy, which the South Asian state has used to step up dialogue with countries that share its concerns over Beijing's growing influence.

Kipgen noted that members of the international community have started to re-evaluate their relations with Taiwan after China's increasingly aggressive behavior. He said it would be wise for India to reduce its dependence on China by working with Taiwan in the areas of business, trade, science, education, agriculture, tourism, and exchanges at the citizen level.

Kipgen said Beijing has threatened other countries with its economic and military capabilities, but he believes limiting dependence on China will allow the global community to resist its aggression. He also stressed that Taiwanese companies have the potential to replace their Chinese counterparts in science, information technology, and manufacturing.

Meanwhile, the academic emphasized that a reliable Taiwanese-Indian partnership will create more opportunities for collaboration among countries in the region, predicting such a relationship would be beneficial to both parties and help counter Beijing's dominance.