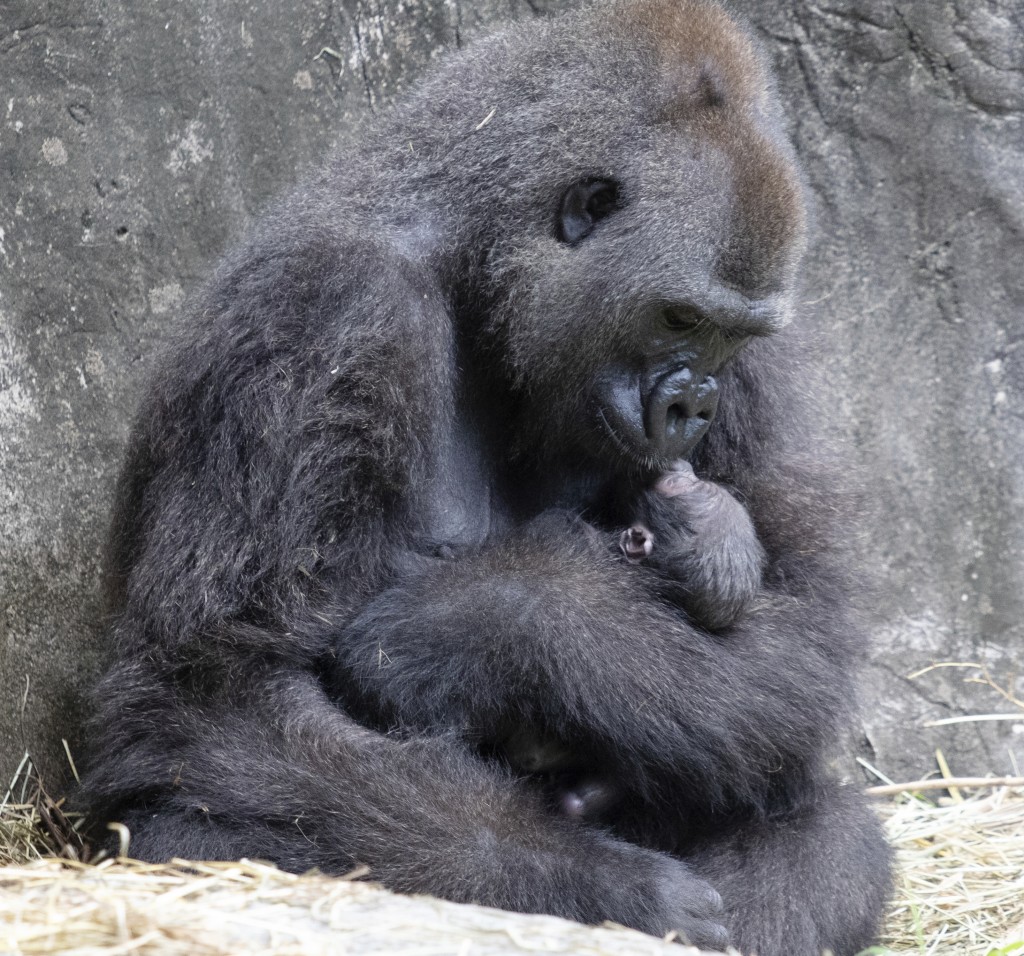 NEW ORLEANS (AP) — A tiny baby gorilla has been born at the zoo in New Orleans.

Once keepers knew Tumani was pregnant, she was trained to carry a baby using a “doll” made from firehose canvas.

Native to central Africa, western lowland gorillas were declared critically endangered in 2007 because of habitat loss as well as deaths caused by the Ebola virus and hunters who killed them illegally for their meat.

The baby is at least the second western lowland gorilla born at a U.S. zoo this year. A female was born Jan. 18 at the Los Angeles Zoo.

It's Audubon's first gorilla birth in nearly 25 years. The zoo's firstborn gorilla is Praline, who is 24 years old and still at the zoo, where the troop also includes a third female, Alafia.

The zoo says its entire primate area will be closed while Tumani and the entire troop bonds with the baby. The zoo says the white patch helps mother gorillas keep track of infants and helps other gorillas recognize it as a baby. The patch will fade when the great ape is 3 to 4 years old, according to the zoo's news release.