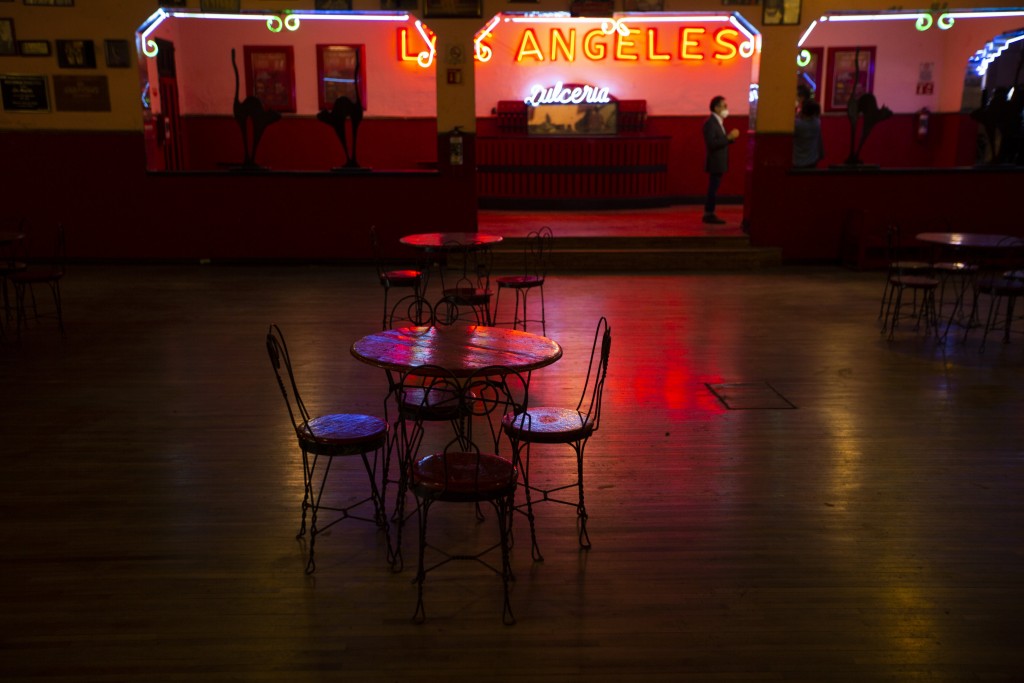 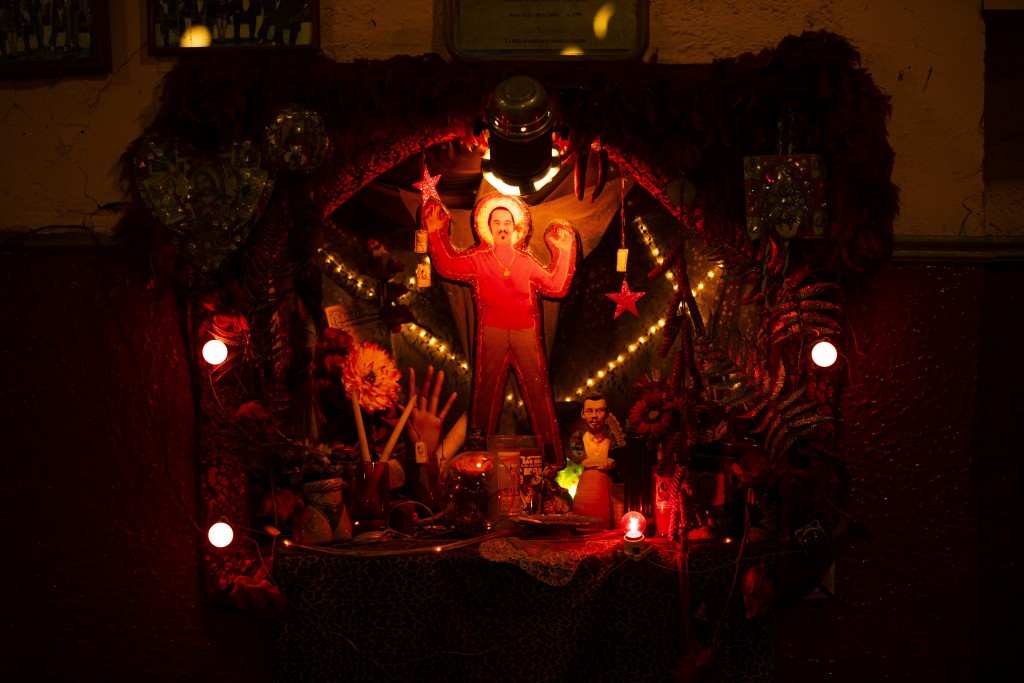 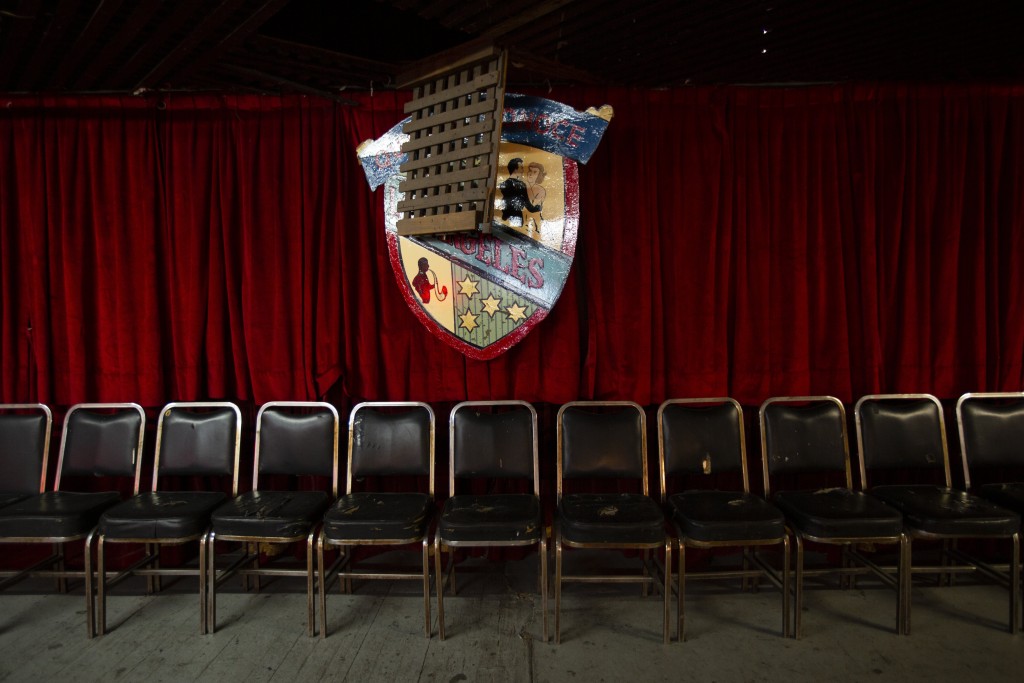 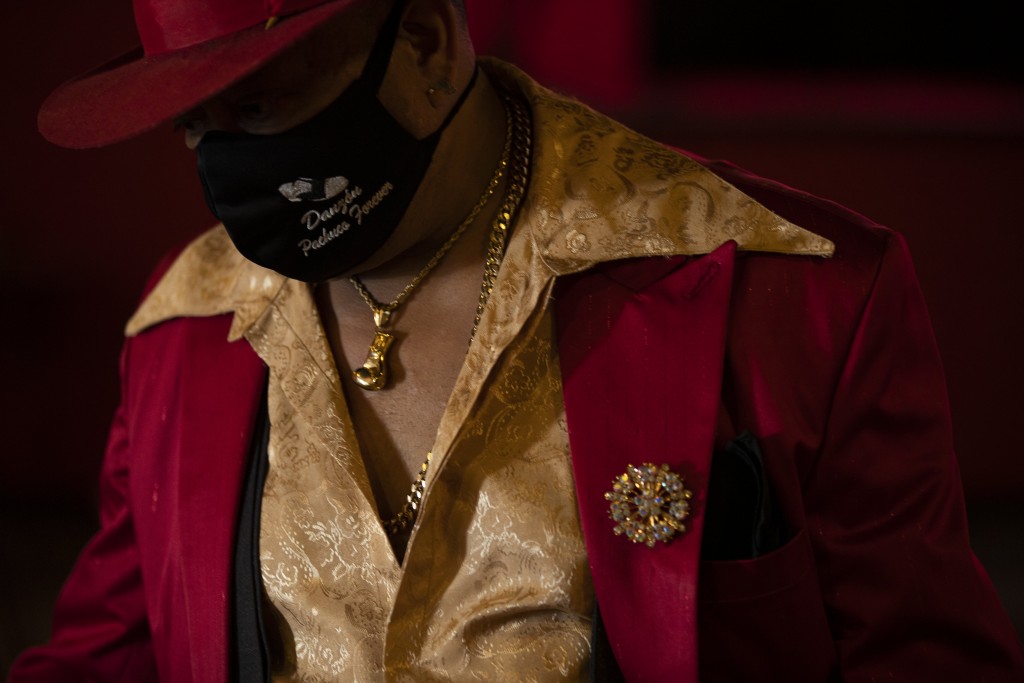 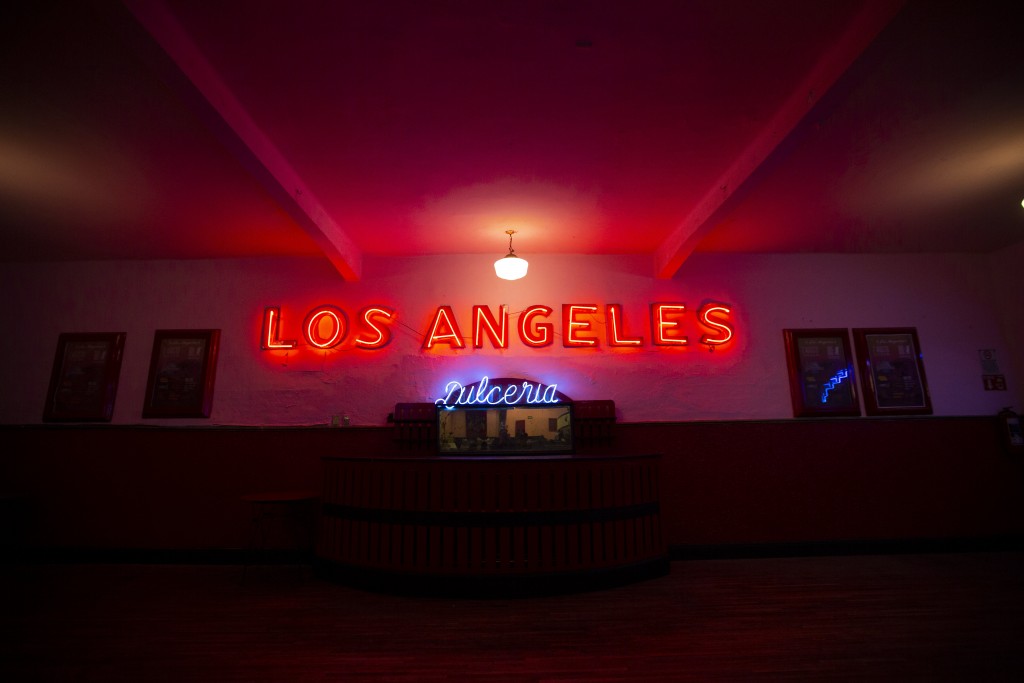 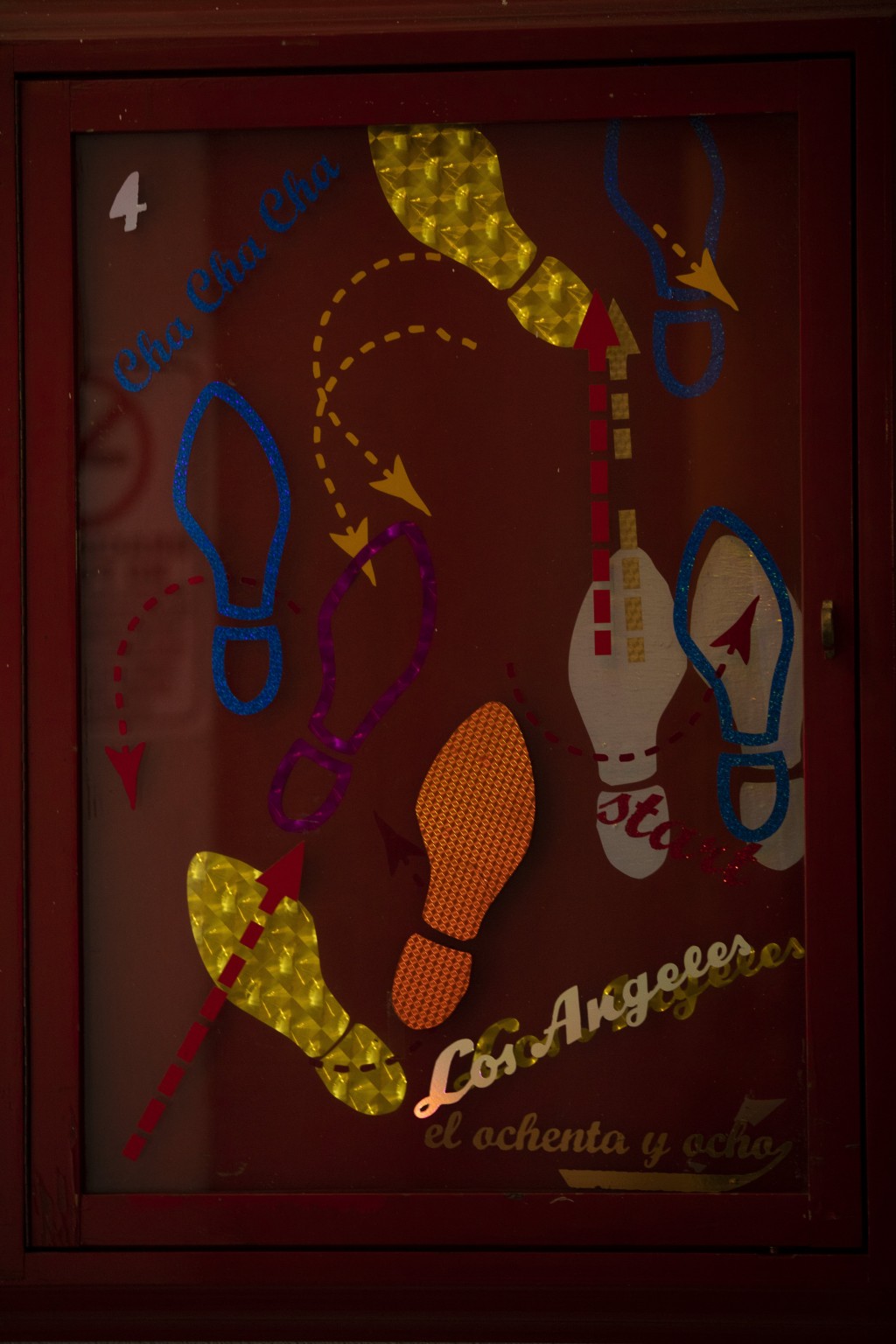 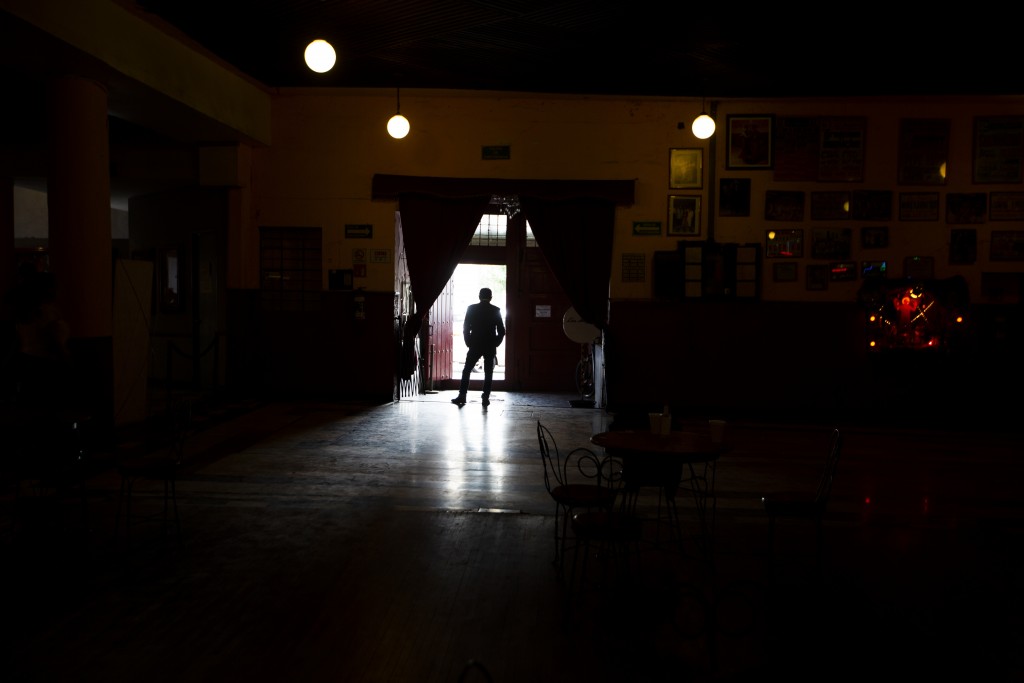 MEXICO CITY (AP) — The Salon Los Angeles had been crowded every weekend since 1937 with couples twirling to mambo, cha-cha-cha, salsa and danzon. Everyone from slum-dwellers to movie stars and millionaires have danced at the fabled hall that boasts, “Anybody who hasn’t been to the Salon Los Angeles doesn’t know Mexico.”

But the Mexico City dance hall, like other bars and nightclubs, has been fully or partially shuttered for more than five months due to the coronavirus pandemic and its owners say they are in debt and may have to close and demolish it.

Patrons, some of whom show up in the zoot suits of the 1940s, say the loss to the city's social and cultural life would be irreparable. This past weekend, the dance hall was reduced to holding bake sales and a craft fair and asking for sponsors to save the venue where Cuban musicians like Pérez Prado and Beny Moré helped popularize mambo. Its owners say they understand the need for social distancing but feel they have received scant help from officials.

“We are last in line in priority, in terms of strategic businesses” the government helps, said Miguel Nieto, the third generation of his family to run the business started by his grandfather. "But I have to call attention to the fact that we are a priority in terms of mental health.” The dance hall is a way, he says, to reduce the stress, isolation and domestic violence the lockdown has engendered.

Mexico City's other dance halls face similar dire circumstances amid a pandemic that has hit Mexico particularly hard, with the world's fourth highest total confirmed COVID-19 death toll. The storied California Dancing Club — where taxi dancers still plied their trade up until the March shutdown — pledges wistfully to return. The owner of another dance hall, the Salon La Altena, died during the pandemic.

Nieto says it would be a double tragedy if the Salon Los Angeles succumbs to this most antisocial of pandemics, which has brought night life in Mexico's capital largely to a halt.

“This kind of activity, dancing, is important, and it is important to change this trend toward isolation and not communicating with other people. We have to stop social isolation,” said Nieto.

Accountant Ricardo Zamorano, 58, would agree. He showed up over the weekend dressed in the kind of attire he has worn to the Salon Los Angeles for the last 20 years: a red, baggy Pachuco suit and a matching broad-rimmed hat. His date, Paola Tiburcio, dressed as a 1940s “rumbera" dancer.

Zamorano called the salon “an icon, something very important, a tradition,” saying it transforms their everyday lives.

There are a few rules at the dance hall: no drugs, no fighting, no harassing women to dance and when the orchestra plays a mambo, everybody has to get up to dance. But with 25 employees to pay — apart from the countless musicians who have been thrown out of work — Nieto says he can only make it a few months more.

“Every month it is harder to make the (debt) payments,” he said.

Its broad wooden dance floor is surrounded by mirrors and neon signs installed in the 1940s. Located in one of Mexico City's rougher neighborhoods, the colonia Guerrero, the Salon Los Angeles projects the kind of image of danger, excitement and faded glamour that pervaded dance halls in movies of the 1940s and 50s, the “golden age" of Mexican cinema, when gangsters or boxers would fall in love with a dancer.

But the hall has also changed with the times: Nieto is promoting a young band that combines the tropical instrument known as the marimba with electric guitars and drums. He doesn’t want the hall to become frozen in time.

“We don’t need to be declared a ‘cultural legacy monument’ because we already are one,” said Nieto. “It's impossible to copy the Salon Los Angeles because it’s impossible to revive all the people who have come through here.”

David Romero, 71, for example, exits his mundane world as a bus dispatcher and transforms himself with a zoot suit, chains, rings and broad-brimmed hats — he has a collection of a dozen — when he leaves his humble apartment to go to the Salon Los Angeles. He sometimes brings two suits in case someone else shows up wearing the same color, so he can change to be different.

"I've always liked to stand out from the rest," said Romero. “If this tradition of the Salon Los Angeles were to be lost, it would be very serious, right? It would be something very sad for me.”

Romero has been to other dance halls, but says he doesn't like any but the Los Angeles: “This has been like a second home for me. The people who come here to dance, we are like a family."

Mario Morales turned up dressed in his finest — a broad white hat with a white shirt and black jacket — to soak up the atmosphere, even though there was no music. He misses the place he has been going to for years.

“This is unique; there aren’t two places in the world like this, it has so much magic, so much charisma, it has what we dancers need to make us dance," he said

“You feel nostalgic, when you look around and there is no life,” Morales said, surveying the dance floor as if seeing the ghosts of those who danced here for 83 years.