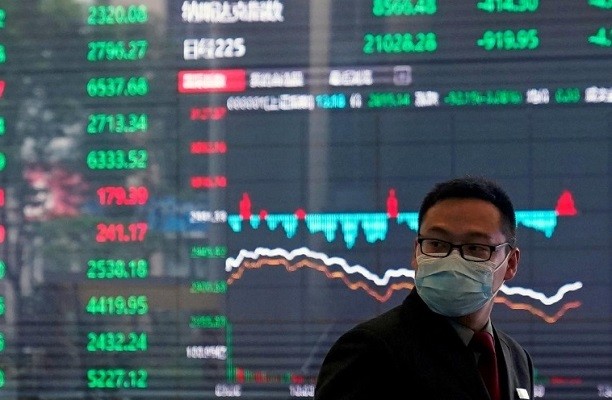 Shares of China’s SMIC fell by over a fifth on Monday after news of potential U.S. sanctions against the chipmaker, wiping about HK$31 billion ($4 billion) off its market value and prompting analysts to predict doom if a ban is implemented.

On Friday, Reuters reported that the U.S. Department of Defense might block American companies from providing goods and services to SMIC, or Semiconductor Manufacturing International Corp, China’s biggest chipmaker.

That could dash what some view as China’s best hope to develop a self-sufficient semiconductor industry via SMIC and further escalate the Sino-U.S. spat that involves trade and technology, analysts said.

“The company could go under within a few years,” says Mark Li, who tracks China’s chip industry at Bernstein Research.

SMIC did not immediately reply to a request for comment.

SMIC trails rival Taiwan Semiconductor Manufacturing Co Ltd (TSMC) in production volume, technology, and efficiency despite state support since it was founded two decades ago. It recently introduced capacity for chips at the 14 nanometre process node, still about two generations behind that of TSMC.

Like TSMC and other fabs, SMIC relies on a number of U.S.-based companies, such as Applied Materials, to obtain key production equipment. Research firm Jefferies estimates that roughly half of SMIC’s suppliers are American.

Sources have said that the United States is investigating alleged ties between SMIC and the People’s Liberation Army in China. SMIC says it has no relationship with the Chinese military.

A spokesman for China’s foreign ministry Zhao Lijian, at a routine media briefing on Monday, referred to the potential U.S. restrictions as “wanton oppression”.

“For some time, the U.S. has been stretching the concept of national security and abusing national powers to take various measures on Chinese companies without any excuse. It is a blatant bullying practice and we firmly oppose it,” Zhao added.

The potential sanctions echo those placed by the United States on Huawei Technologies [HWT.UL] that bar U.S. companies from selling products and technology to the Chinese smartphone maker. The restrictions have muzzled Huawei’s once-promising chip division and is squeezing its overseas phone sales.

U.S. sanctions could also impact supplies from non-American vendors, analysts said, as chip equipment vendors from countries such as Japan and the Netherlands, which have friendly ties with the United States, could “shadow follow” the U.S. order.

A precedent for such a possibility exists.

In 2018, the Trump administration prevented Dutch machinery maker ASML from shipping to China a $150 million chip-lithography machine that is needed to manufacture advanced microprocessors. ASML did not disclose the identity of the Chinese client, but some media reported it as SMIC.

Analysts said that while SMIC could potentially continue to use its existing line of equipment in the face of a supplier ban, its business would suffer because equipment providers would no longer be able to service its production lines.

Losing this official support service would put SMIC in “serious trouble”, said Doug Fuller, who researches China’s chip industry at the City University of Hong Kong. “The machines need to be tended to by suppliers every two to three months.”

SMIC could potentially look to local companies, unaffiliated with their official suppliers, to service their production lines, he said. “But that will just compound SMIC’s well-known operational inefficiency.”