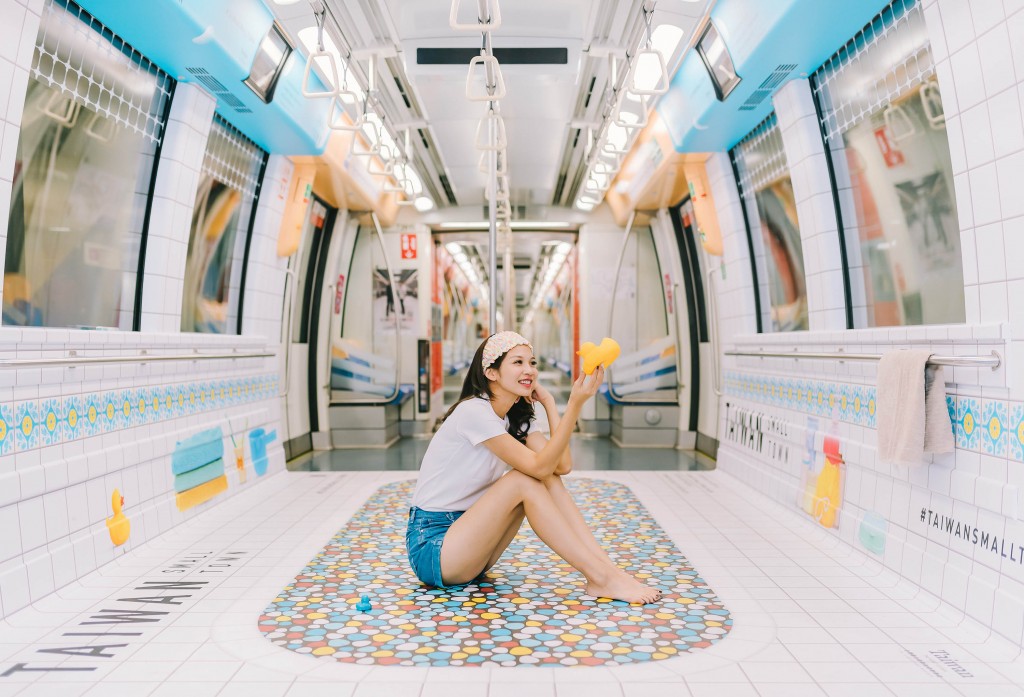 The ad, which appeared on Singapore's Mass Rapid Transit (MRT) system from Oct. 1 to Nov. 11 of 2019, was meant to hearken to an old-fashioned Taiwanese bathroom, complete with the colorful tiles seen in a typical Ah-Ma (阿嬤, Grandma) bathtub. The advertisement took the silver in the Outdoor category of the 2020 Summit Creative Awards in late August and silver in the 2020 Muse Creative Awards in April, reported CNA.

Trust Lin (林信任), director of the Singapore branch of the Taiwan Tourism Bureau, told the news agency that the cozy theme was selected to promote tourism in Taiwan's small towns. Lin said that the patterns seen on the metal grills on the windows, which come in the shape of clouds, plum blossoms, crosses, and diamonds, are meant to transport passengers to Taiwan's past.

He pointed out that the welcome mat, which is accompanied by red-and-white slippers, is meant to conjure images of a warm, relaxing "Taiwan/home" atmosphere. The design is meant to give passengers the feeling of entering a small town tour of Taiwan that immerses them in the country's rich culture, said Lin.

He added that the bathtub also includes a rubber duck and bath ladles to take riders back to happy childhood memories. He stated that the awards represent not only an affirmation of the Taiwan Tourism Bureau's continuous promotion of creative marketing also serve as a reassurance to tourists that Taiwan will be a safe place to visit after the pandemic subsides.