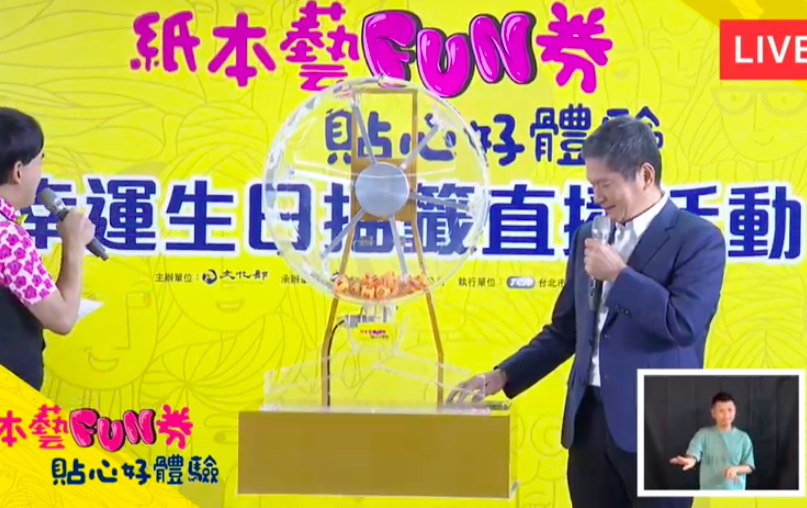 TAIPEI (Taiwan News) — The lucky winners of the second launch of the Arts Fun vouchers were announced on Tuesday (Sept. 8).

Culture Minister Lee Yung-te (李永得) was in attendance for the online drawing and announcement. Government statistics show that over 2 million people registered for a chance to win one of the 600,000 sets of coupons, each worth NT$600 (US$20).

The minister announced the recipients would be people born on the 4th, 6th, 9th, 11th, 16th, 18th, 20th, and 30th of any month, in total 650,000 people. The winners can pick up the coupons beginning Sept. 9 in convenience stores with their health insurance cards.

By scanning the QR code printed on the paper, the coupons can be used until Feb. 28, 2021 online and in over 10,000 stores across the nation, including movie theaters, record shops, and bookstores.