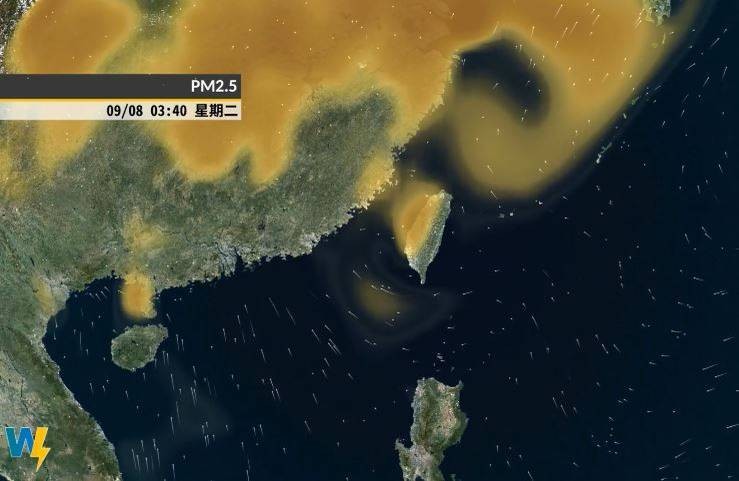 On Monday (Sept. 7), the Central Weather Bureau's Air Quality Monitoring Network issued red pollution alerts for air that is unhealthy for the general public at 49 stations in 15 counties and cities across western Taiwan. Taiwan's Environmental Protection Administration that day pointed out that the hourly ozone concentration level in Shanghai had reached between 130 ppb and 140 ppb and that the megacity's air pollution had reached Taiwan.

As for Tuesday, the bureau pointed out that as the southwest wind weakens and Shanghai continues to belch pollution, diffusion conditions in western Taiwan will be poor, causing the accumulated pollutants and ozone concentrations to rise easily in the afternoon due to photochemical reactions.

Peng on Monday posted a video on Facebook that showed almost all of Shanghai shrouded in a thick layer of air pollution with a chunk of it creeping down and enveloping western Taiwan. Peng predicted that it will not be until Friday (Sept. 11) that the scope of the pollution diminishes and conditions improve, and the CWB is also predicting unhealthy air for much of western Taiwan through Thursday.

Peng said that northeast winds combined with stable weather in western Taiwan will give the impression that "the air pollution season has started early." The CWB predicts that the pollution will be at its worst on Tuesday when the air quality in central and southwestern Taiwan reaches red alert status. 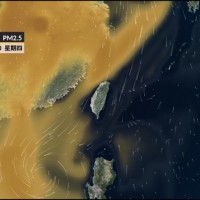 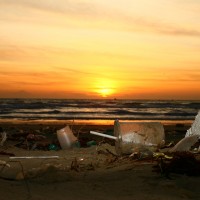 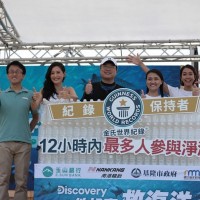