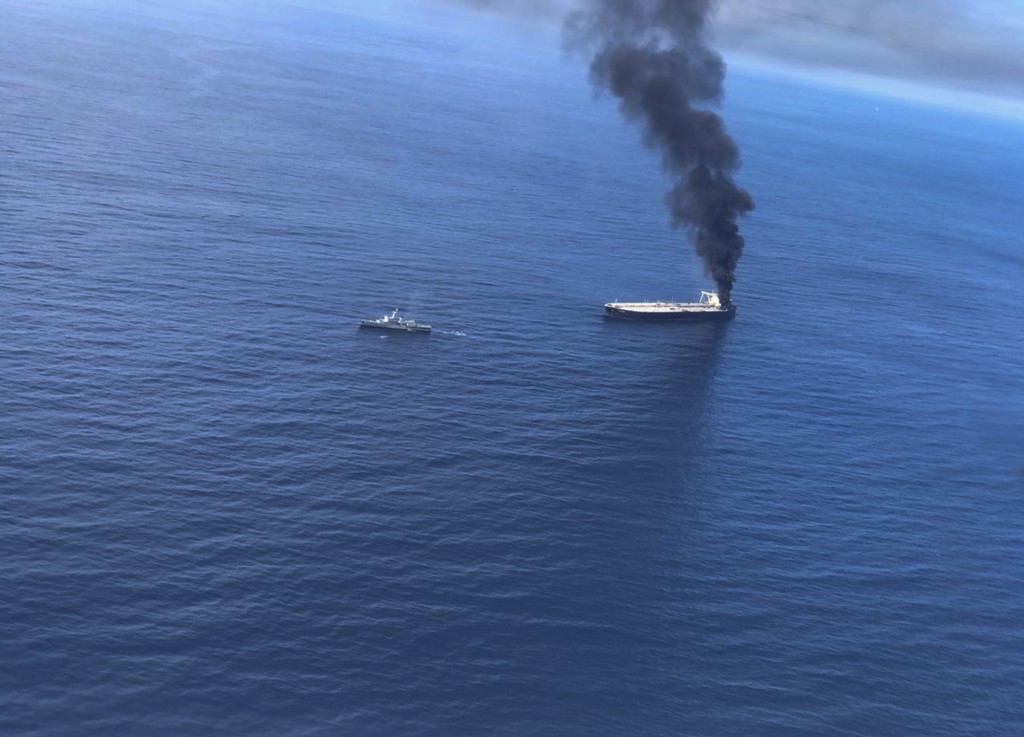 COLOMBO, Sri Lanka (AP) — Sri Lanka's government is sending scientists to determine whether a three-day fire on a giant oil tanker off its coast damaged the marine environment, an official said Monday.

Ships and helicopters from Sri Lanka and neighboring India extinguished the fire on the MT New Diamond — carrying nearly 2 million barrels of crude oil —on Sunday. The fire killed one Filipino crew member and injured another.

Navy spokesman Indika de Silva said although the main fire has been extinguished, “occasional small-scale fires are taking place from time to time.” Firefighters have doused them as they continue spraying water to cool the ship.

The general manager of Sri Lanka’s Marine Environment Protection Authority, Terney Pradeep, said the scientists from state agencies and universities will prepare a risk assessment, including the potential for an oil leak. The authority has said it plans to take legal action over the fire.

With its engines shut down, the tanker drifted to within 20 nautical miles (37 kilometers) of Sri Lanka’s eastern coast on Friday before a tugboat towed it farther out to sea.

Meanwhile, 10 British and Dutch professionals, including rescue operation specialists, disaster evaluators and legal consultants, reached the scene and were waiting to board the tanker to begin the mission of salvaging the ship. The experts were sent by New Shipping Ltd., the commercial owner of the New Diamond in Athens, Greece, the navy said.

The fire began in an engine room boiler but did not spread to the tanker’s oil storage area and no leak has been reported, the navy said. Sri Lankan officials had warned of possible massive environmental damage if the ship leaks or explodes.

The tanker had 23 crew members — 18 Filipinos and five Greeks. Twenty-one crew members left the tanker uninjured as the fire burned.