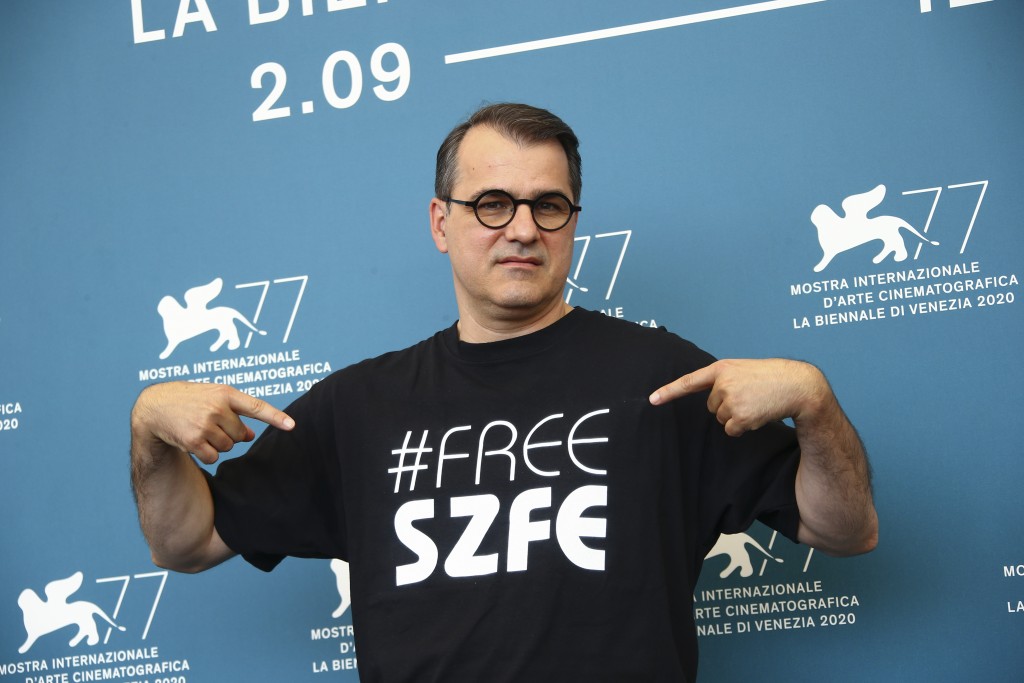 BUDAPEST, Hungary (AP) — Thousands of students, faculty and supporters of Hungary’s University of Theater and Film Arts formed a human chain Sunday between their institution and parliament to protest government steps seen diminishing its autonomy.

Those at the protest passed from hand to hand a document declaring the school’s principles and goals, which was to be presented to lawmakers.

In the past few years, Prime Minister Viktor Orban’s nationalist, conservative government has transferred several key universities to private foundations ruled by boards of directors loyal to the government.

While the government says the new structure will increase educational quality and make the institutions financially independent, critics see the reforms as efforts to limit the schools' autonomy and bring them ideologically closer to the nationalist government.

Students at the University of Theater and Film Arts have barricaded themselves inside the building since Tuesday. A school official said Sunday that the start of classes would be postponed by a week.

Many of the university's top professors have resigned, as has the school's leadership, in wake of the designation of the foundation's board of trustees, led by theater and film director Attila Vidnyanszky. Since 2013, Vidnyanszky has also been the director of Hungary's National Theater.

The SZFE, the university's Hungarian acronym, is 155 years old and counts several Oscar winners among its graduates, including Michael Curtiz, the director of “Casablanca,” and Vilmos Zsigmond, the cinematographer for “Close Encounters of the Third Kind.”

Numerous actors, musicians, artists and other universities have expressed their support for the university both in Hungary and abroad. On Saturday, film director Kornel Mundruczo wore a “#Free SZFE” T-shirt at the Venice Film Festival, where his new film, “Pieces of A Woman,” starring Vanessa Kirby, Shia LaBeouf and Ellen Burstyn, is in the competition.