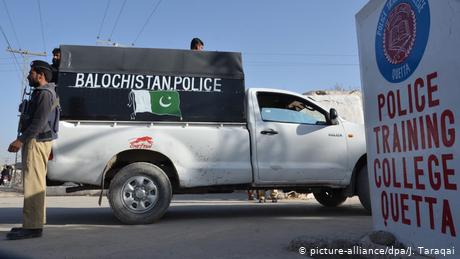 Police in Pakistan's northwestern Balochistan province carried out raids on Sunday to arrest the husband of a female journalist, who was killed in her home on Saturday.

According to media reports, Shaheen was dropped off at a local hospital in critical condition by two men, who then fled as doctors tried to save her life. Police later learned that one of those men was the woman's husband, Nawabzada Mahrab.

"We have registered a case and started a search for the killer of the female journalist," said Siraj Ahmad, investigating officer on the case from Turbat, adding that Shaheen's family suspected her husband of the murder and that it might be a case of an "honor killing."

Shaheen had a court marriage six months ago and was living with her husband, according to police.

Killings in the name of honor

Pakistan is also considered one of the most dangerous countries in the world for journalists. Female journalists say they face discrimination in the workplace.

In November last year, a man was accused of killing his journalist wife, Arooj Iqbal, in the eastern city of Lahore.

In May, a Pakistani man killed his two teenage cousins in an apparent "honor killing." According to investigators, the killings were carried out in response to a video showing the girls kissing a man.

In 2016, the murder of Pakistani social media star Qandeel Baloch by her brother sparked a nationwide debate over "honor killings." Three years later, her brother was handed a life sentence for murder.