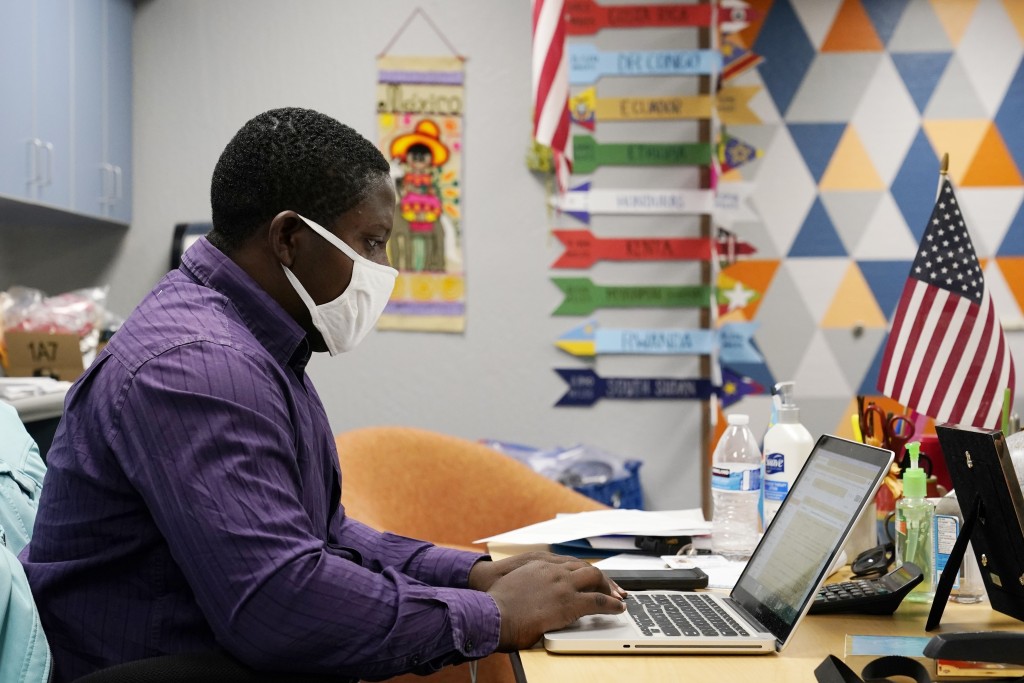 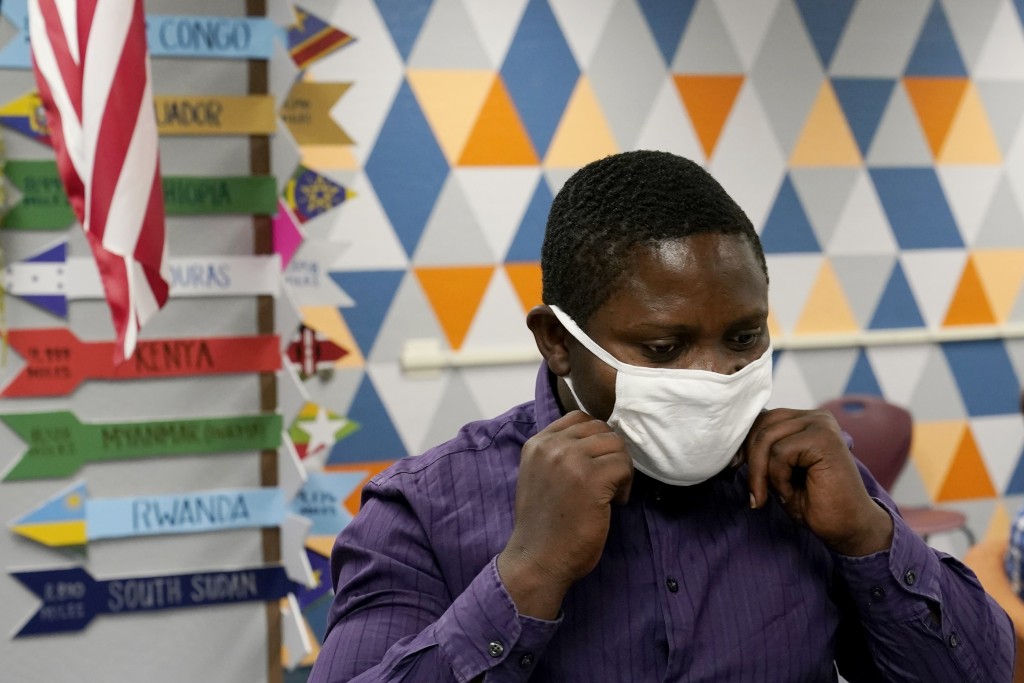 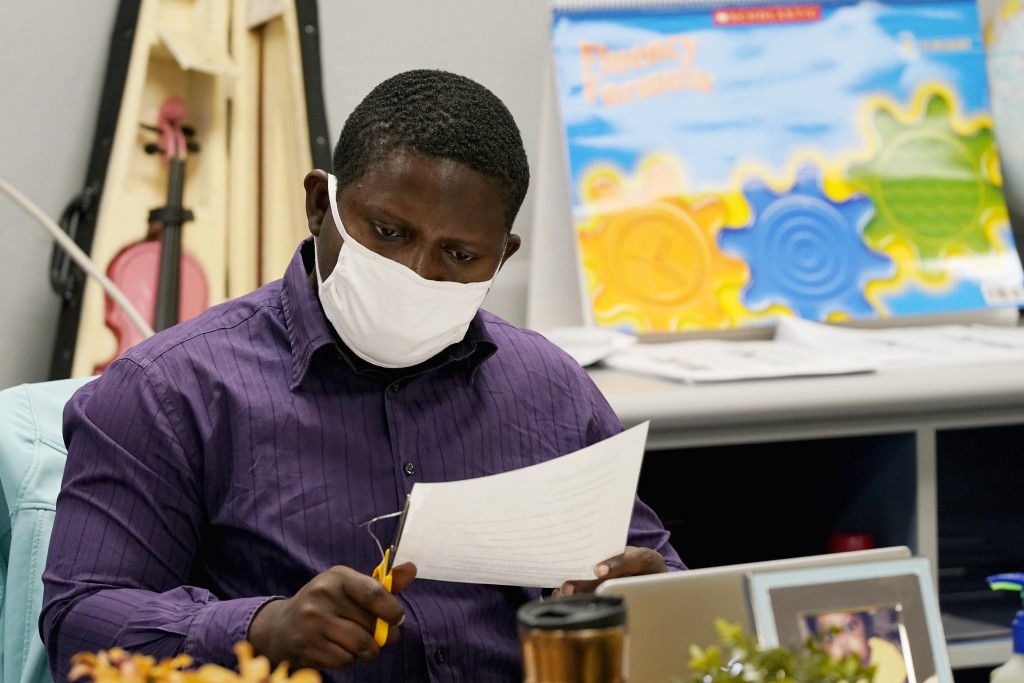 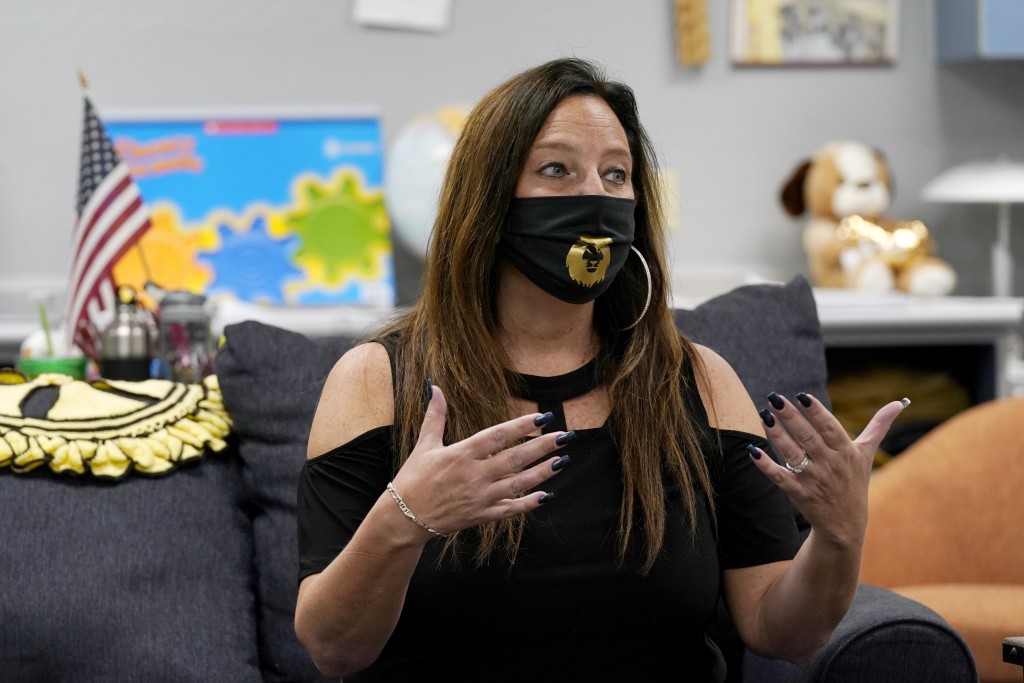 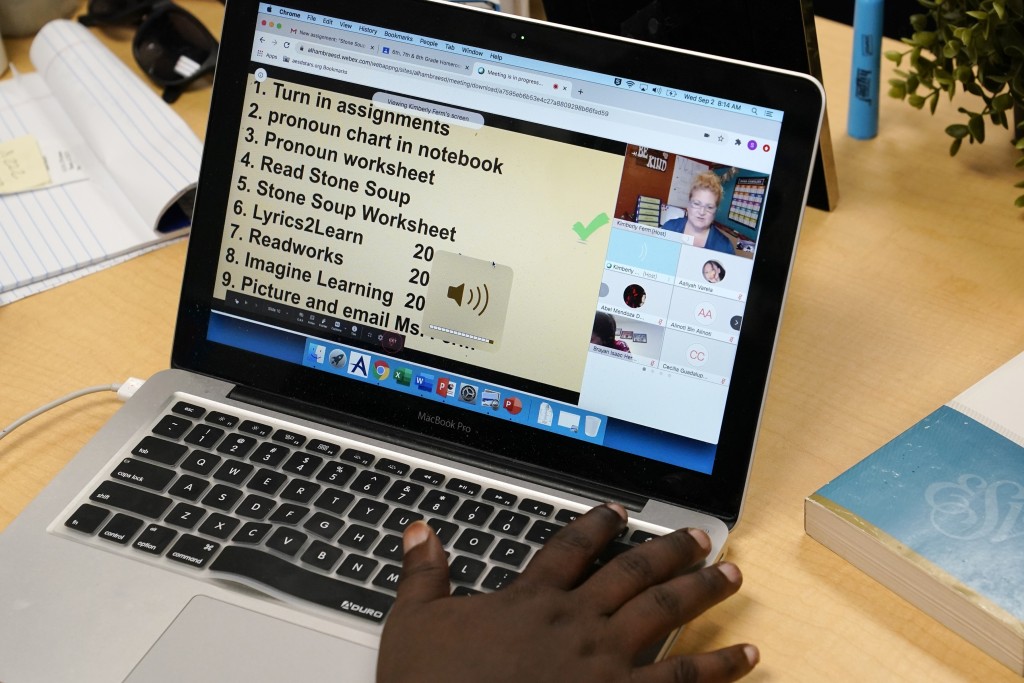 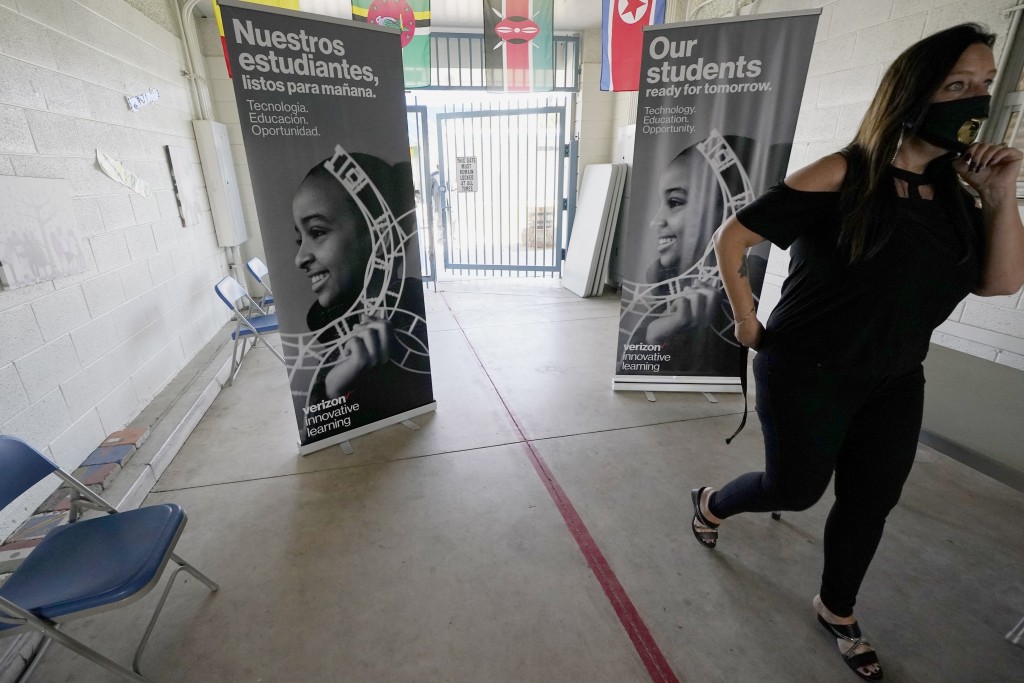 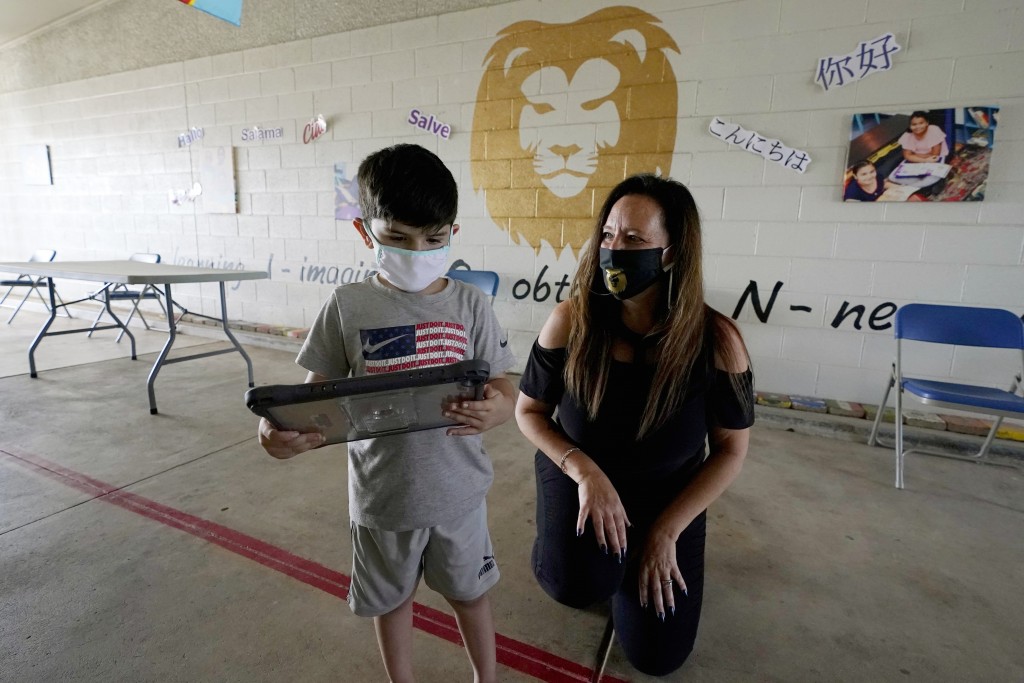 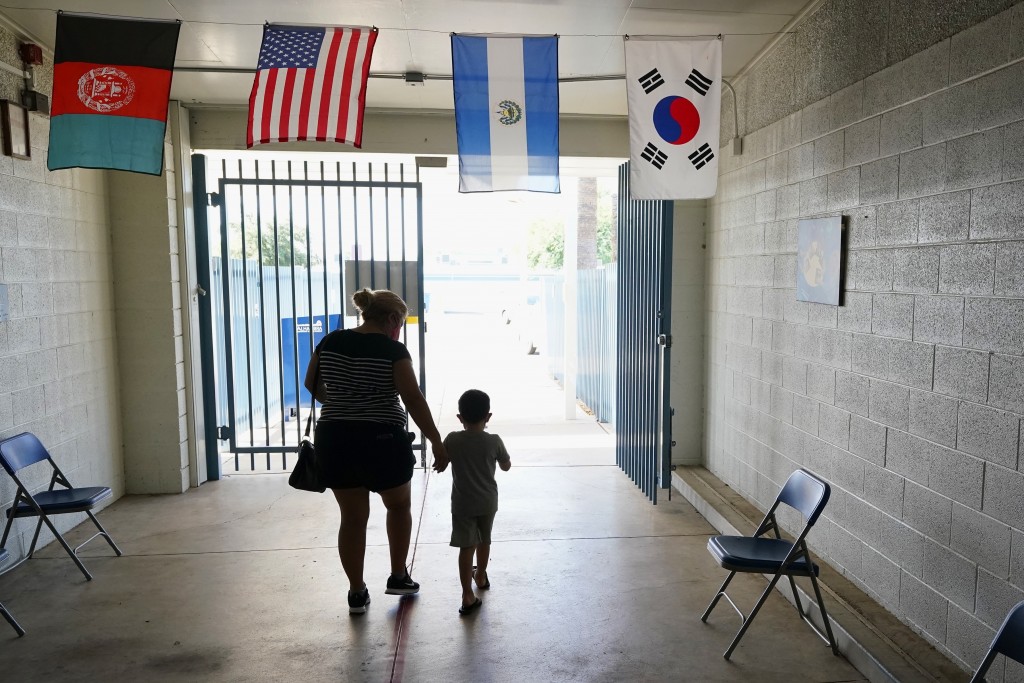 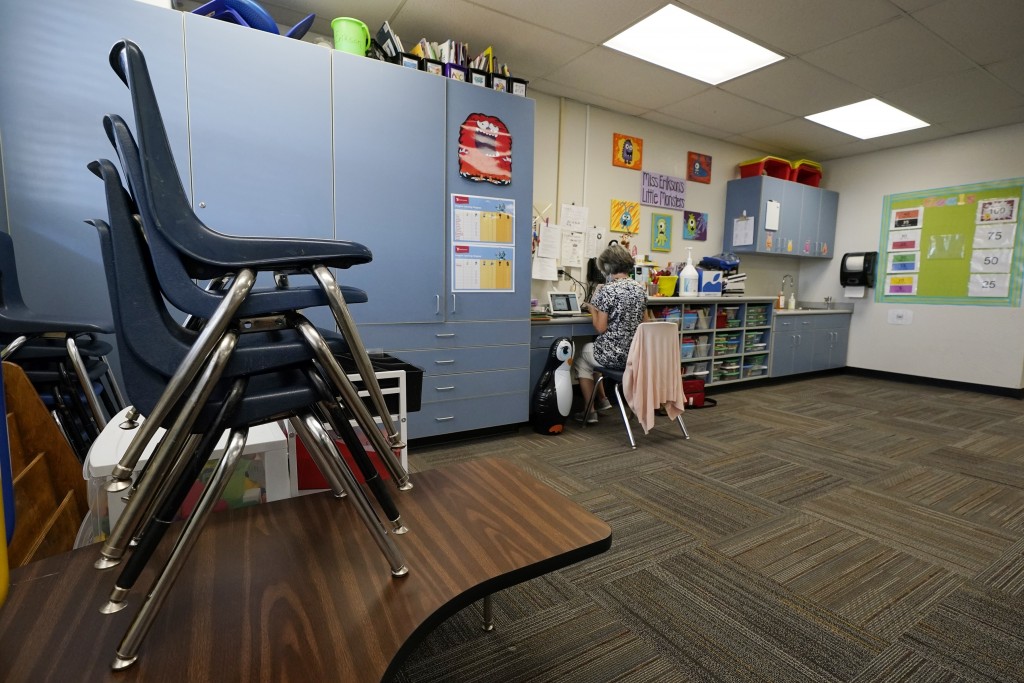 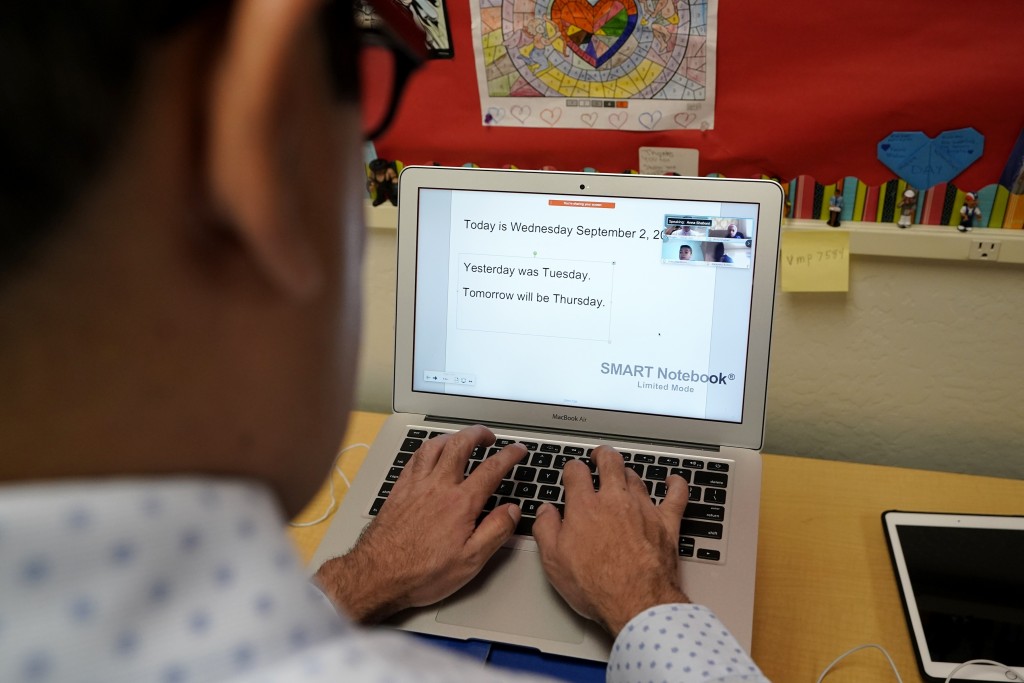 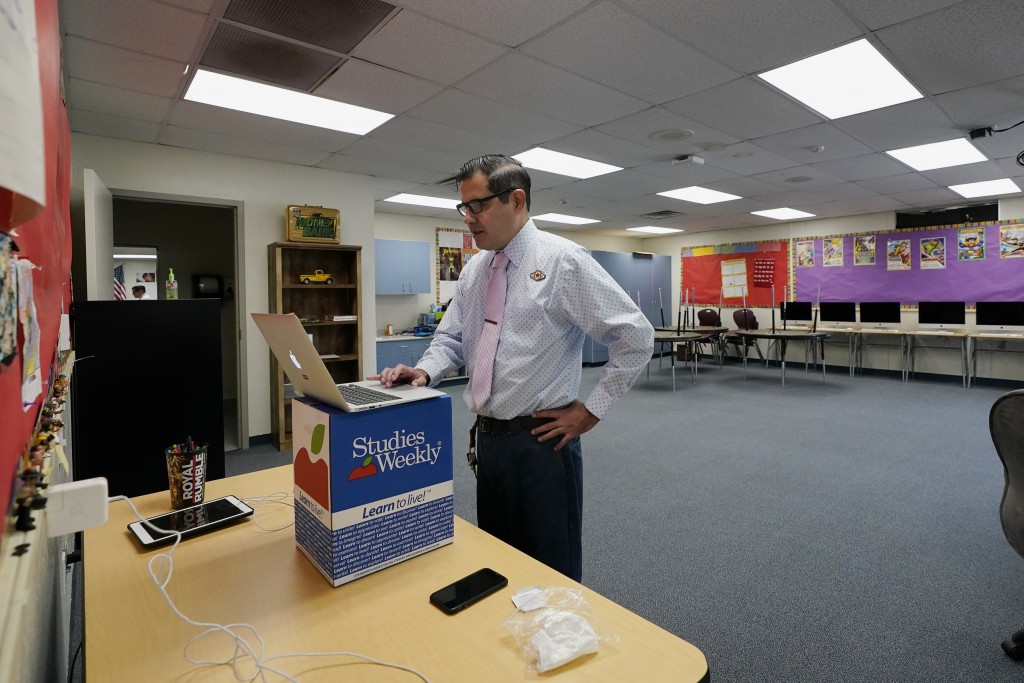 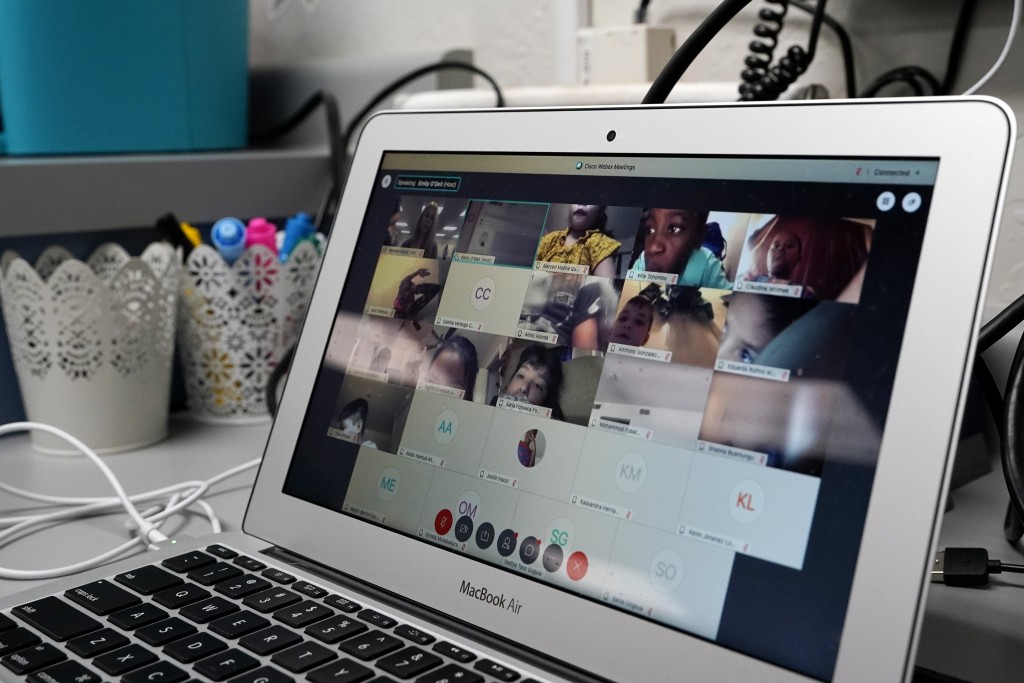 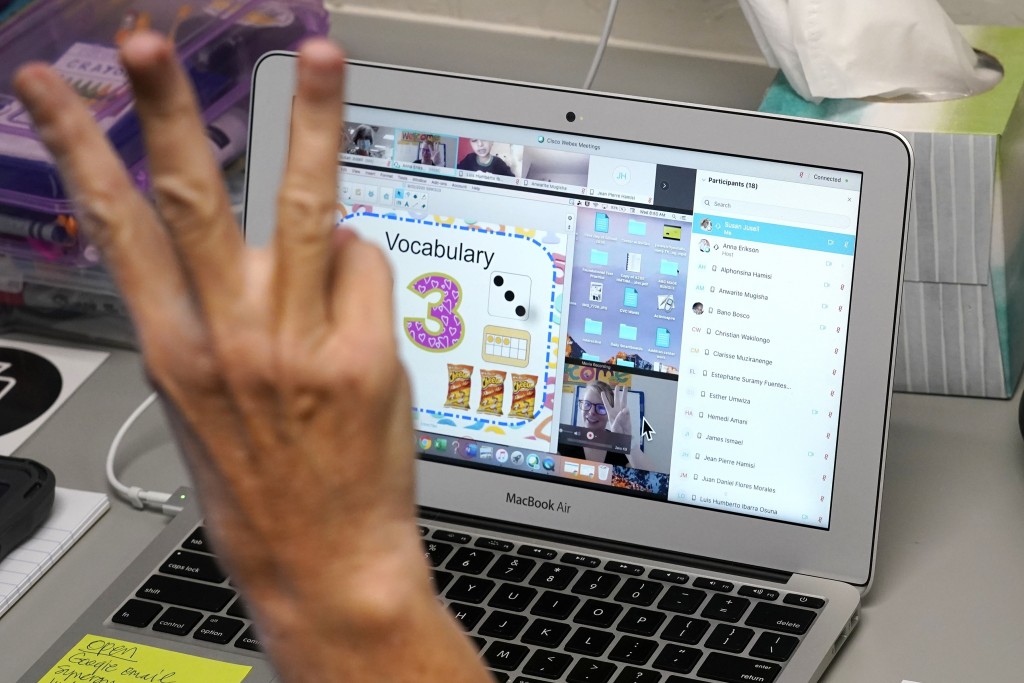 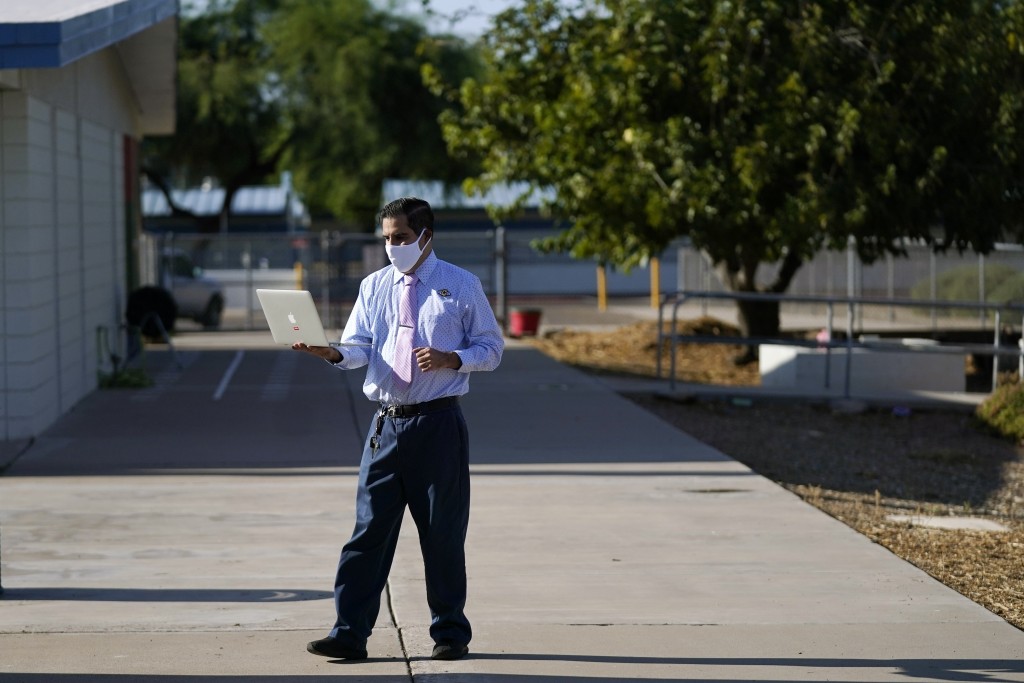 So the gregarious teaching assistant, himself a Congolese refugee, created group chats on the WhatsApp messaging app in Swahili and some of the other six languages he knows. To ensure parents who can't read or write could participate, Lavi taught them to record and share small audio clips.

With remote classes now underway at the K-8 school for refugee children in Phoenix, Lavi helps students connect from home with loaned iPads so they can learn English before transferring to mainstream schools.

“If a student has a problem, I will drive to their home and help them log in,” said Lavi, 27, who began working at the school shortly after being resettled in Phoenix four years ago. “I can't sit if our kids are suffering.”

The struggles connecting with refugee and immigrant families from 19 countries during the pandemic come amid a larger challenge for Valencia.

Its student body shrank to 157 from more than 220 last year after the Trump administration set a historically low cap of 18,000 refugees to be resettled nationwide this fiscal year. That could mean a major reorganization of the school, which helps children adjust to life in America and learn English.

The virus later paused resettlement of refugees who are vetted by the U.S. State Department and other federal agencies and wait for years to arrive. However, a trickle of arrivals has begun again, according to those who work with refugees.

What Valencia will look like going forward could partly depend on the November election. While President Donald Trump is expected to keep targeting both legal and illegal immigration if he wins a second term, Democrat Joe Biden promises a new annual target of 125,000 refugees, up from an average of 95,000 over the past four decades.

“Valencia will continue to be a stable place for refugees no matter what happens,” said Jessica Hauer, marketing director for Alhambra Elementary School District, which funds and operates the school. “We are committed to our students and parents.”

If refugee resettlement falls, or even stops, district officials will find other immigrants and U.S. newcomers who can benefit from the school's specialized English teaching, Hauer said.

“We will find a way Valencia can thrive,” she said.

School officials have shown their ability to adapt. When the campus couldn't reopen after spring break because of the pandemic, they got creative to stay connected with families.

“We set up Facebook and Twitter accounts for the school right away, and I pushed out information from the resettlement agencies and the governor's office, making sure they stayed safe," principal Lynette Faulkner said.

Lavi's language skills also proved useful when small groups of parents and students picked up iPads for the new school year and received hours of training. Students also got backpacks with supplies and earbuds to help them focus on lessons at home.

Lavi now helps a middle school teacher instruct students during online classes and translate when needed and gives families a hand signing up for free lunches and Wi-Fi access.

“Sam has been a strong advocate for our families,” Faulkner said.

Students and parents rarely come to school unless there's a problem they can't resolve online or over the phone.

A tiny masked kindergartner, Fernando Barron Escalante, arrived one recent morning with Noelia Leyva, a family friend who watches the 5-year-old while his mother works. Valencia staff helped the boy resolve a password problem with his iPad.

“Hi, Fernando!” his teacher exclaimed after he logged on to see his classmates' faces on screen.

Most Valencia parents have kept working during the pandemic — in jobs like hotel housekeeping that leave them vulnerable to infection, Faulkner said.

“I know of some families who have tested positive, but they have not been on campus," she said.

Among the few U.S. public schools exclusively for refugee and immigrant students, Valencia opened in 2018 to help new arrivals from countries like Cuba, Thailand, Rwanda and Afghanistan meet basic English standards. While some students are asylum-seekers or immigrants, most are refugees fleeing war or persecution.

Faulkner didn't know what it'd be like when classes resumed remotely last month, but attendance has been perfect most days.

“The kids are happy to be back in school and see their friends in all the little squares,” the principal said.

When students are able to return, open-sided shelters for shade and picnic tables have been placed around campus so kids can learn outdoors. Inside classrooms, round tables where children gather with their teachers are being updated with Plexiglas dividers to try to stop the virus from spreading.

Known as Mr. Samuel, Lavi can't wait until the kids are back so he can high-five each one as they get off the bus.

Lavi left conflict-wracked Congo as a young man to attend college on a scholarship in Nairobi, Kenya. He ended up teaching at a U.N. refugee camp.

He's grateful for his life in Phoenix, where he recently bought a house and married a fellow Congolese refugee who's pregnant with their second son. He said none of it would have been possible in Congo, where his father and sister still live.