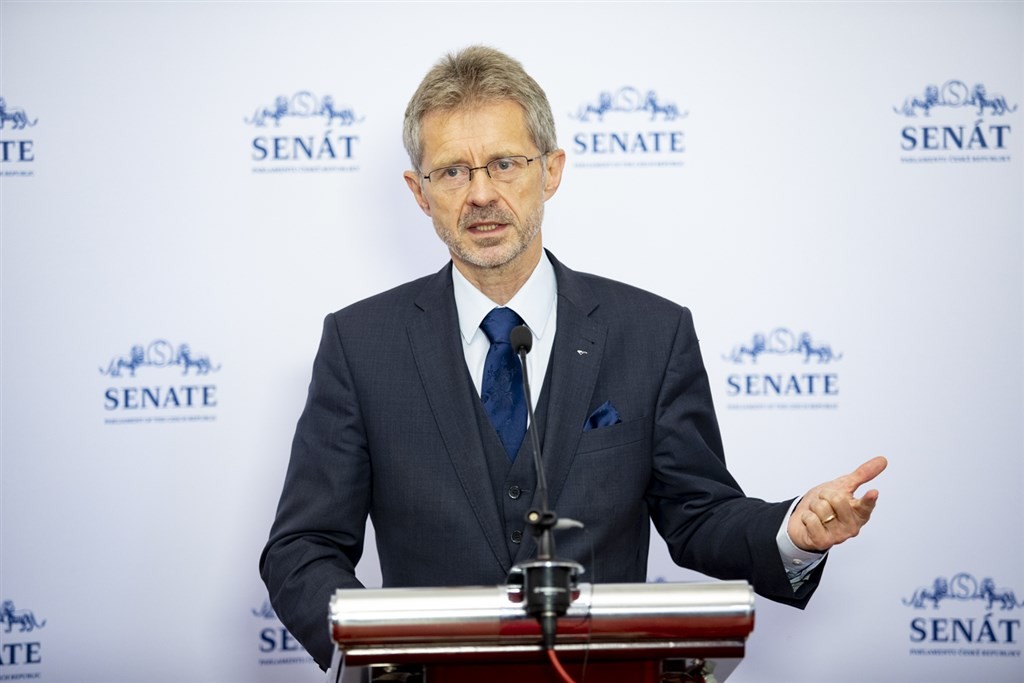 Steps to materialize plans discussed by Taiwan and a visiting Czech delegation will determine the trajectory of Taiwan-Czech relations, Czech Senate President Miloš Vystrčil said Friday in an exclusive interview with CNA.

Vystrčil, who arrived in Taiwan on Aug. 30 at the head of an 89-member delegation, made the remarks prior to his departure. "This visit to Taiwan has been preceded by many small steps that we had to take. Obviously, as a follow-up, there will be many more steps that both sides need to take again," Vystrčil told CNA.

Unless things discussed during the visit materialize, Czech-Taiwan relations may not significantly move forward, said Vystrčil, the second-highest ranking official in the Czech Republic.

A press release from Taiwan's Ministry of Foreign Affairs (MOFA) on Thursday listed various positive results of Vystrčil's visit, including a possible direct route by Taiwan's China Airlines between Taipei and Prague when the COVID-19 pandemic eases, and the possible opening of offices in Prague by two Taiwanese banks.

"I have actually expressed this opinion to your foreign minister repeatedly. I said we can't be too pushy and we can't be too resigned either," Vystrčil said. "We have to find an optimum pace to make small steps and to get to where we want to."

Vystrčil and his delegation stuck to their plan to visit Taiwan despite threats of heavy consequences from Beijing, which sees Taiwan as its territory and opposes any official contact that could elevate Taiwan's status as an independent nation. Some observers believe that Vystrčil may face domestic pressure for making the trip if it does not produce tangible results for the Czech Republic.

Vystrčil said that members of the delegation were satisfied with the initial results of the visit. "Our delegation includes almost 40 businessmen. They have had about 300 meetings over the past few days and have established 1,000 contacts, which will further elevate the success of the trip," he said.