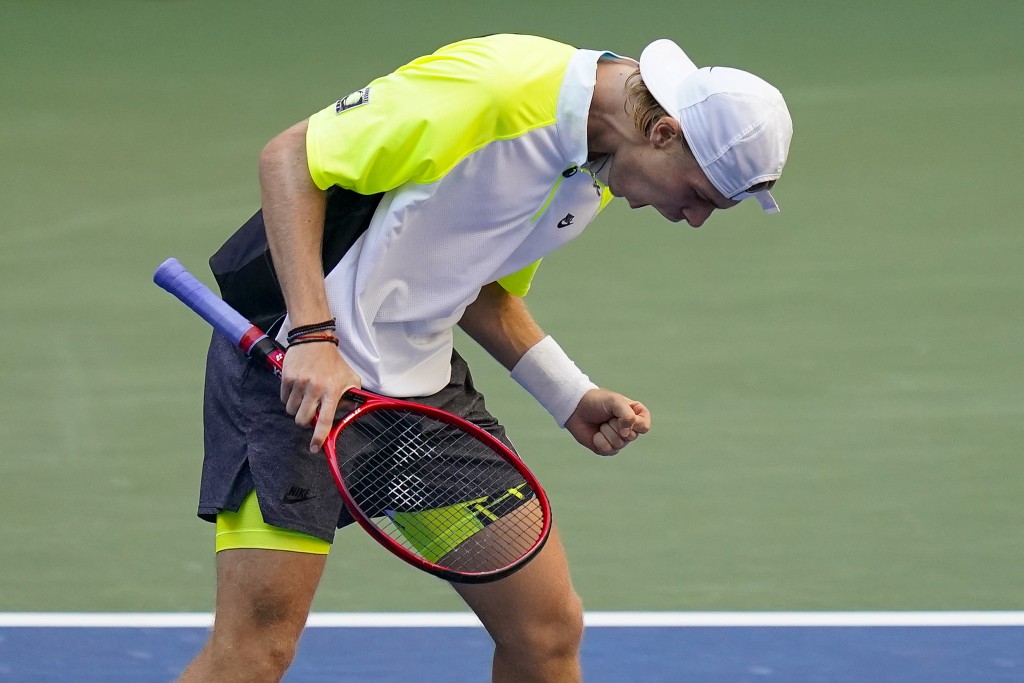 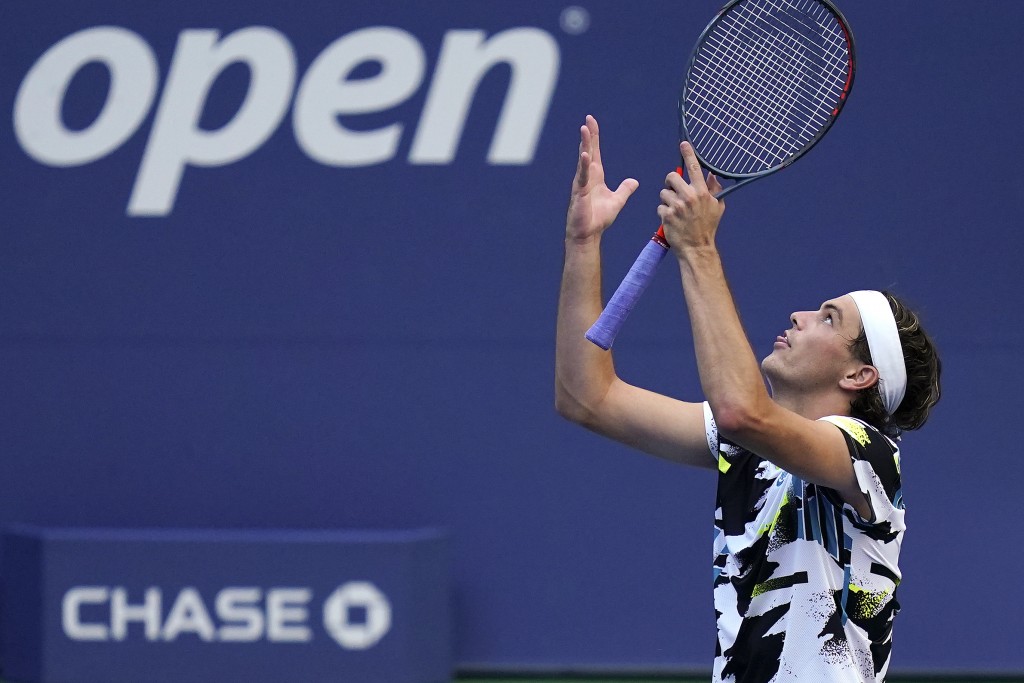 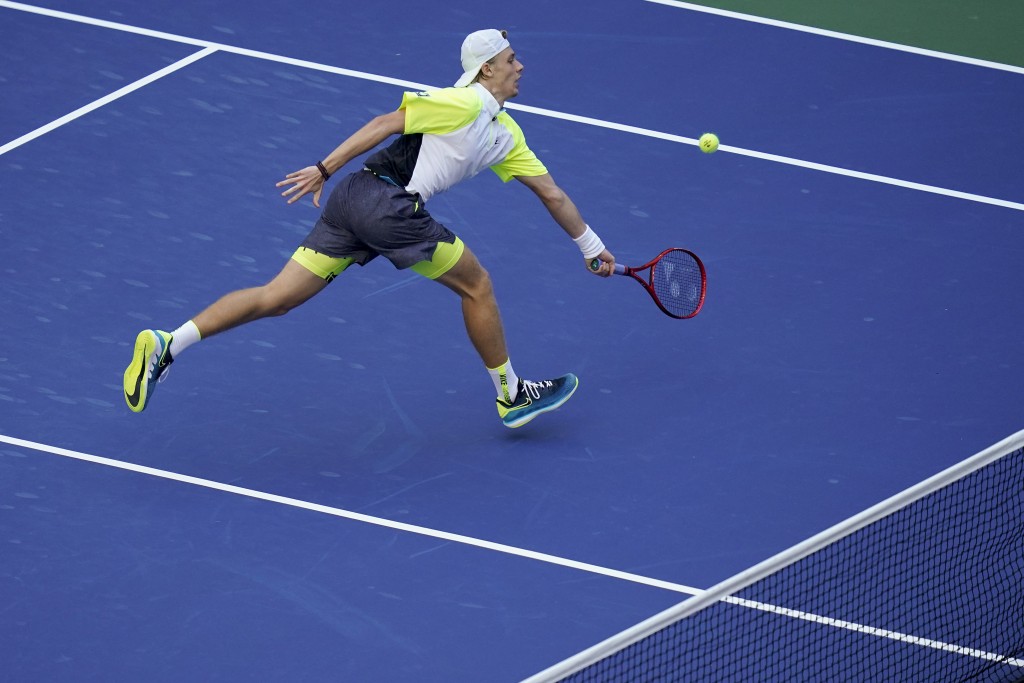 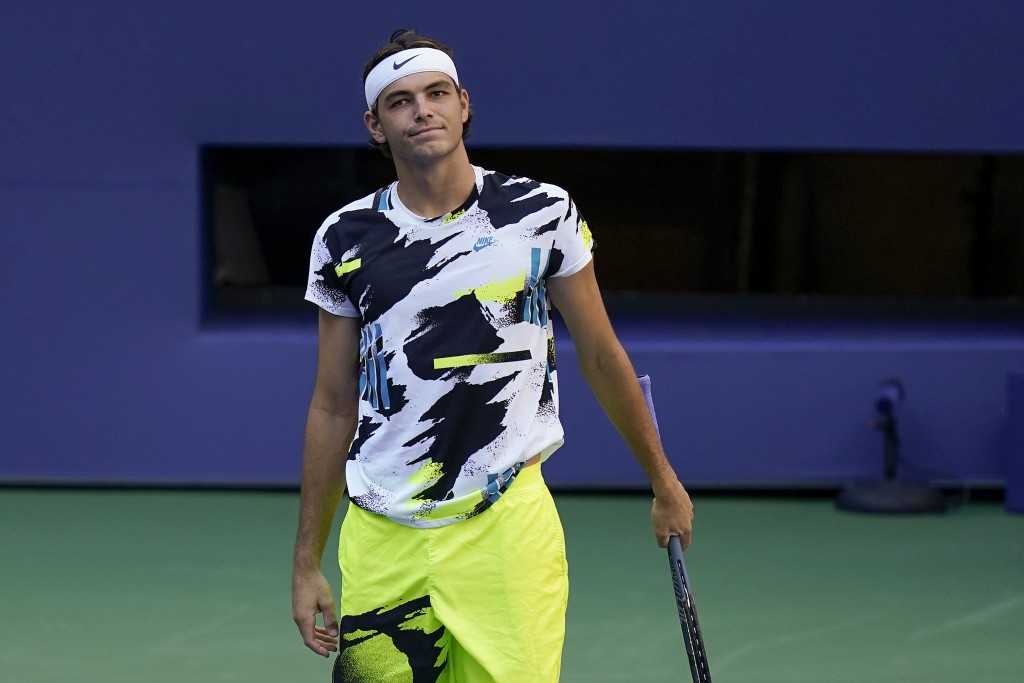 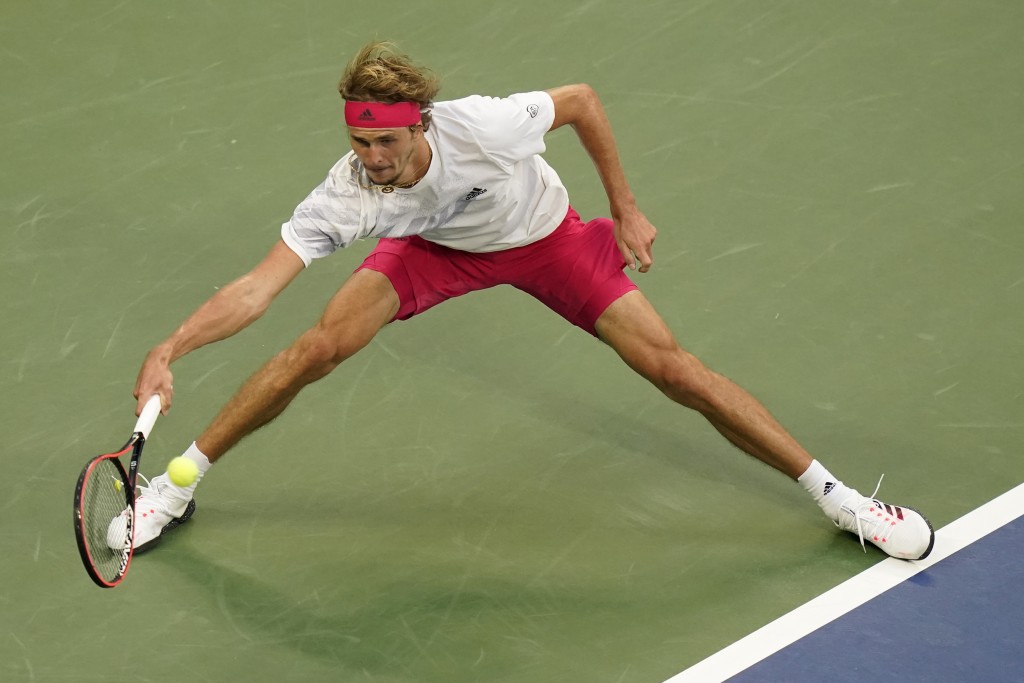 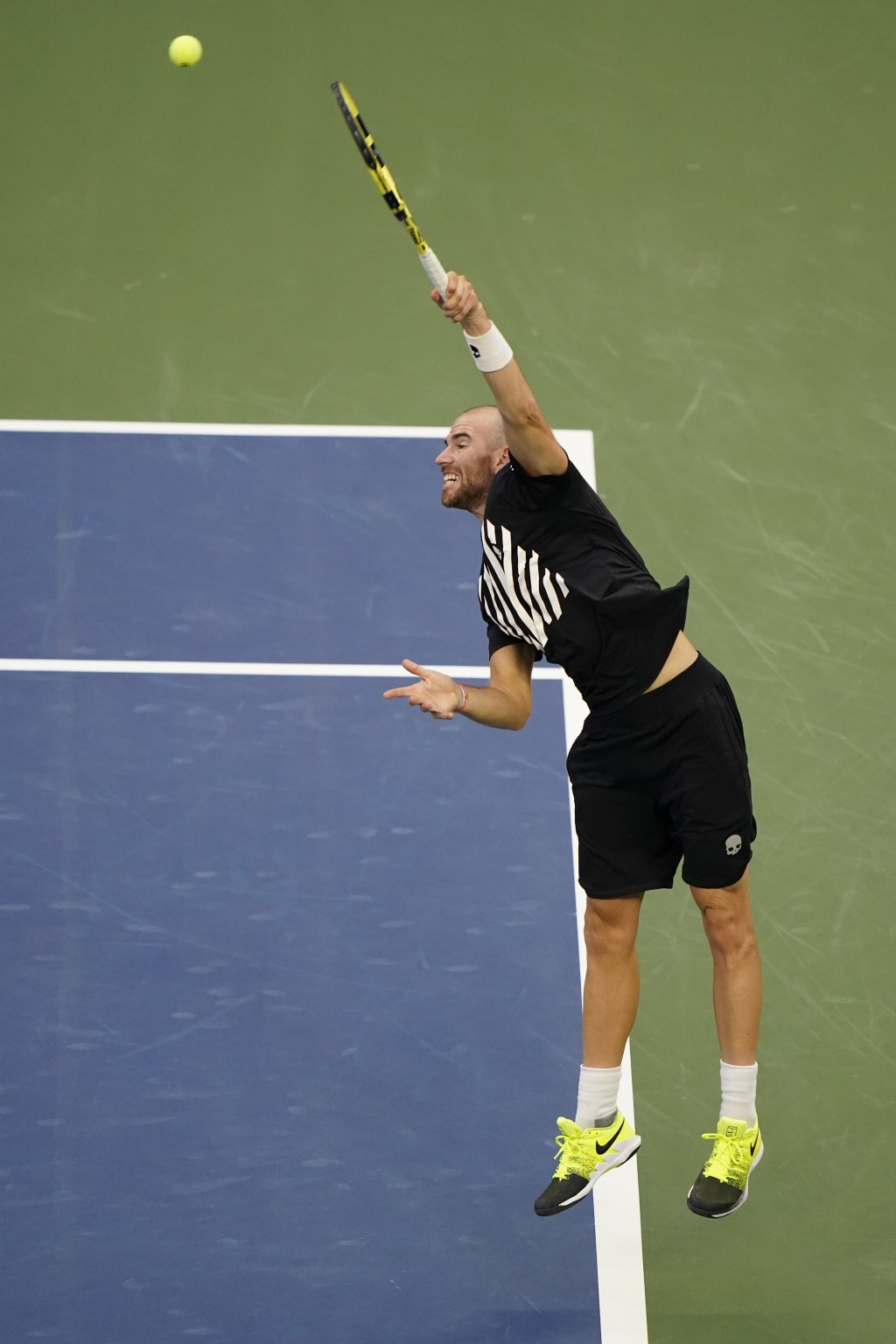 NEW YORK (AP) — The situation looked bleak for Denis Shapovalov when his U.S. Open opponent, Taylor Fritz, stepped up to serve for the match while leading 5-3 in the fourth set.

Fritz’s serve is his strength -- he’d hit one at 147 mph earlier Saturday -- and it looked as if this third-rounder between two young top-20 seeds might be all but over.

“He was in control,” Shapovalov said. “Saw him get a little bit tight.”

“I played great and I put in all the work, everything I had to do, and I had it -- and I just choked it.”

Five years ago, they were both playing in the junior competition at Flushing Meadows and left with hardware: Fritz won the singles title, Shapovalov the doubles title.

Now here they were in the main event, Shapovalov seeded 12th, Fritz 19th, putting on an entertaining mix of flashy shotmaking and big serves.

“He was playing incredible today. We both deserved to win,” said Shapovalov, a lefty who wears a baseball hat backward. “I got a little bit lucky.”

Shapovalov actually wound up with more aces, 22-18, as Fritz faded, delivering only one in the final set.

It was quickly 3-0 in the fifth for Shapovalov; Fritz said later he dealt with a tweaked lower back and some soreness in his feet.

“I definitely didn’t want to go into the fifth and kind of just be like, ‘Oh, I blew it, that’s it,’” said Fritz, who bowed his head as he walked to the net, his record now 0-4 in third-round matches at Grand Slam tournaments. “I really tried as hard as I could in the fifth to regroup, but he kind of got on top of me early.”

Shapovalov moves on to a match Sunday against No. 7 David Goffin with a quarterfinal berth at stake.

Not making things easy on himself so far, Shapovalov already has played 13 of a possible 15 sets so far, going four each in the first two rounds before this lengthy one.

The again, he’s just 21. And, as he noted, there is not a lot of wear on anyone’s body because of the more than five months the pro tennis tours were suspended because of the pandemic.

“We’ve never had so much of a break,” Shapovalov said, “so the body overall feels pretty fresh.”

Once Alexander Zverev finally got on the court Saturday after his match was delayed under mysterious circumstances never fully explained by the U.S. Tennis Association, it took a little while for him to get going.

The USTA described the holdup in vague terms, saying only there was “a collaborative dialogue with health officials” and that the players were “updated at all times.” The USTA said no details would be provided because of what it called “the sensitivity of the medical issues involved.”

But Zverev himself connected it to Mannarino's status as one of seven players under extra restrictions during the tournament — but permitted to continue playing — because contact tracing determined they potentially could have been exposed to COVID-19 by Benoit Paire, the only entrant to test positive.

“I was told that there is very little chance that we were going to play. ... I was kind of waiting around and seeing,” Zverev said, indicating the New York government got involved and didn't want Mannarino to compete. “I'm happy that he was able to play, but in the beginning, I was a little bit cold.”