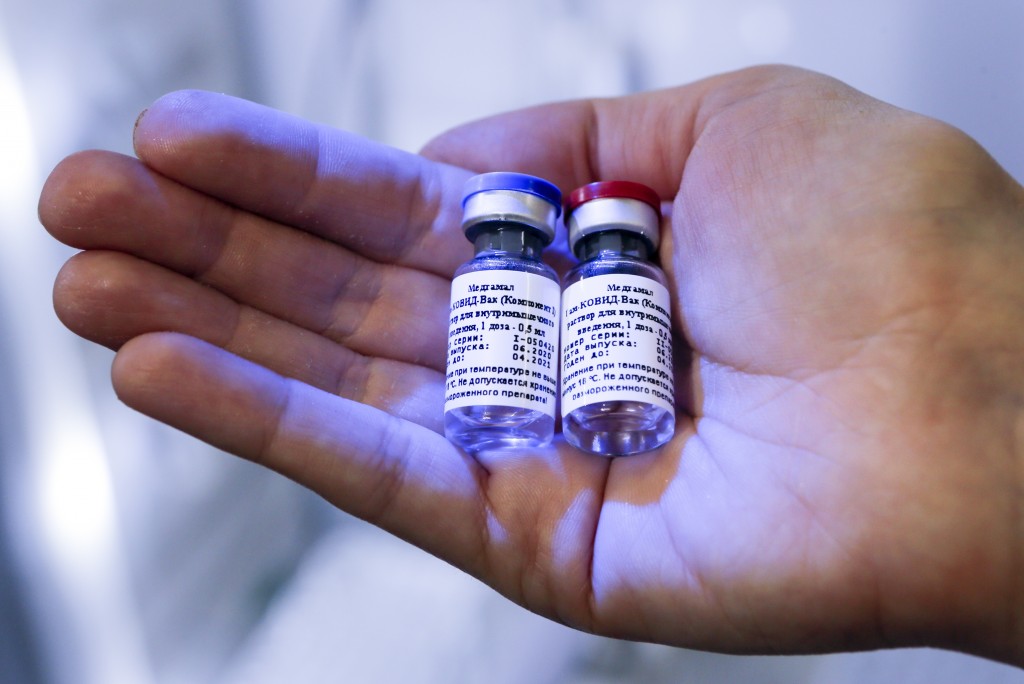 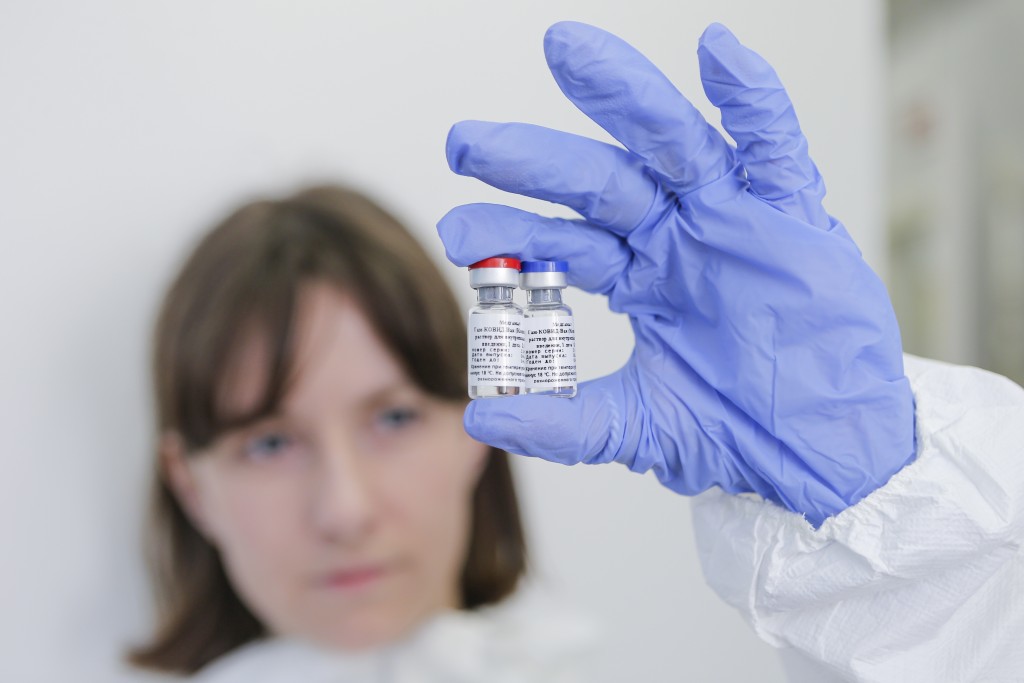 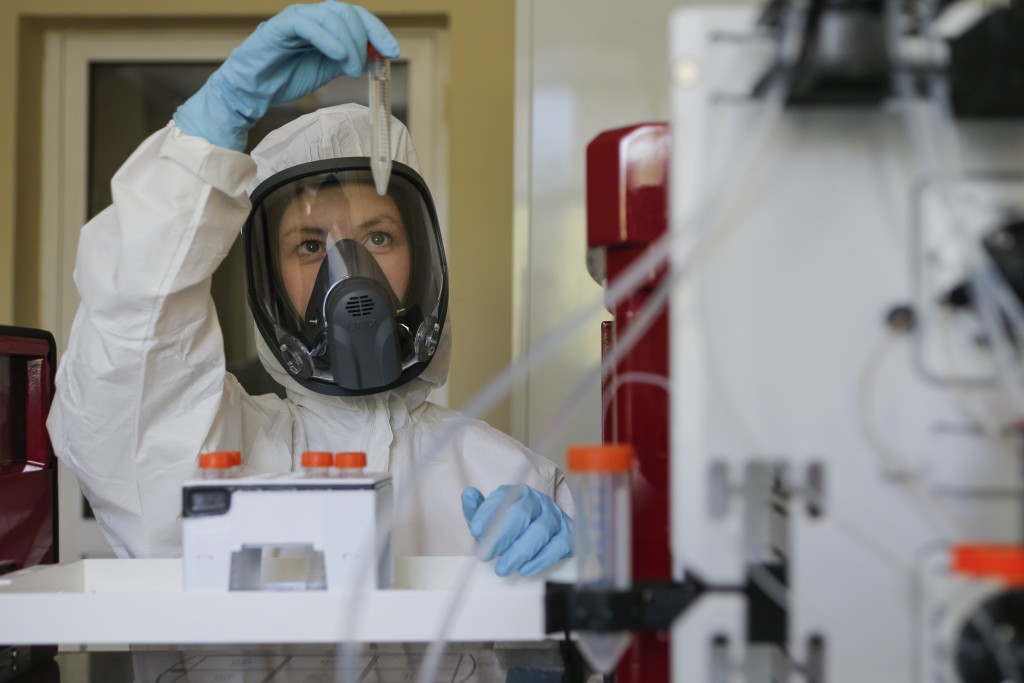 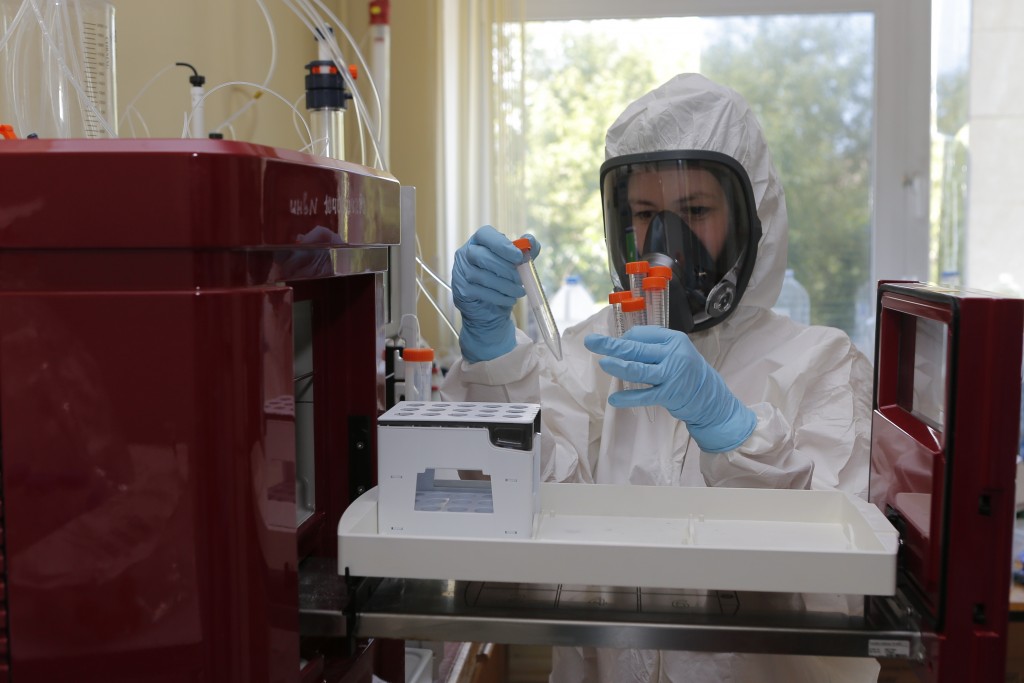 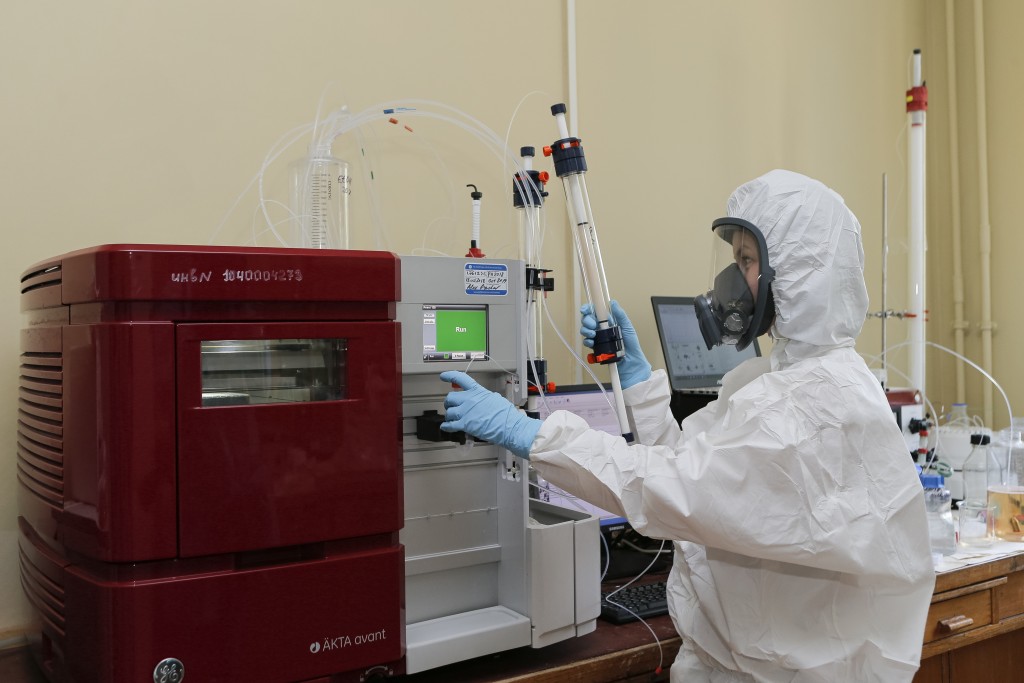 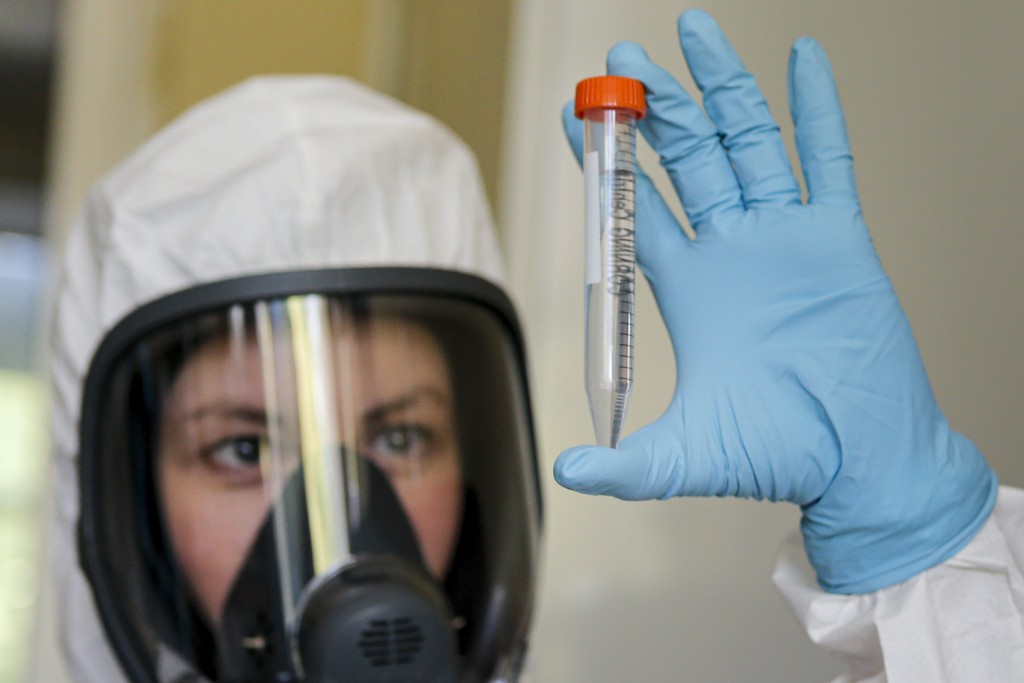 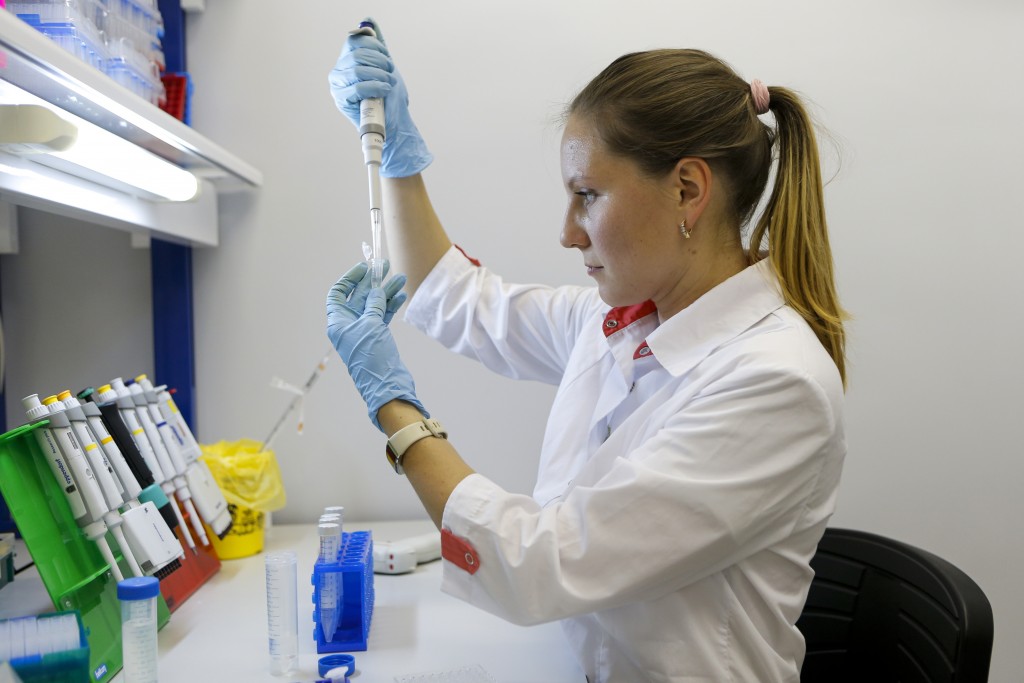 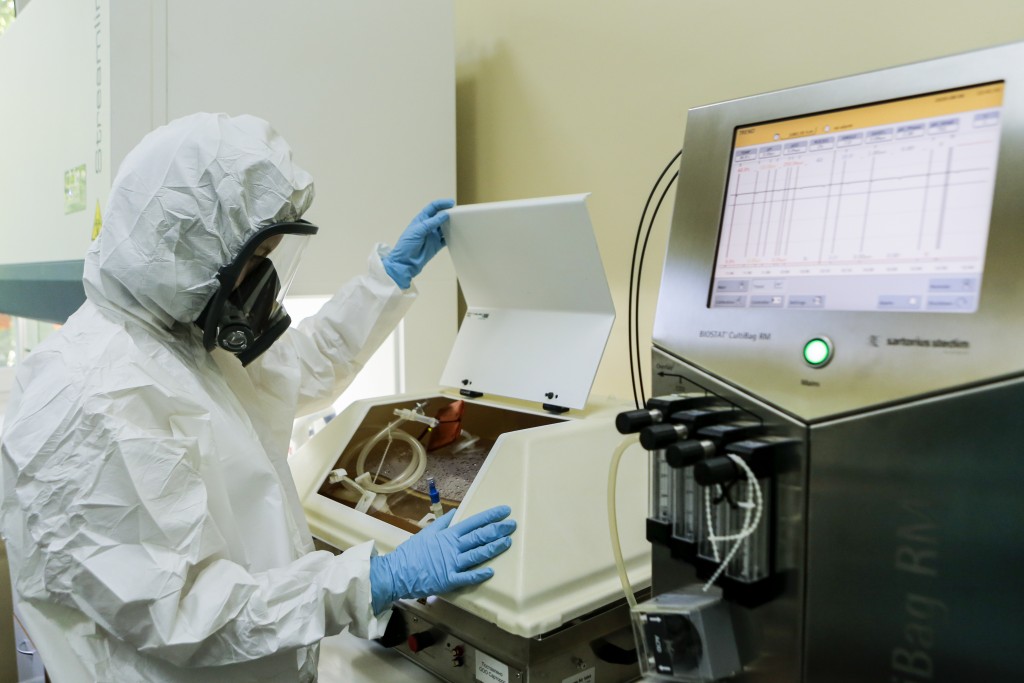 MOSCOW (AP) — Russian scientists have belatedly published first results from early trials into the experimental Sputnik V vaccine, which received government approval last month but drew considerable criticism from experts, as the shots had only been tested on several dozen people before being more widely administered.

In a report published in the journal Lancet on Friday, developers of the vaccine said it appeared to be safe and to prompt an antibody response in all 40 people tested in the second phase of the study within three weeks. However, the authors noted that participants were only followed for 42 days, the study sample was small and there was no placebo or control vaccine used.

One part of the safety trial included only men and the study mostly involved people in their 20s and 30s, so it is unclear how the vaccine might work in older populations most at risk of the more severe complications of COVID-19.

International experts remained cautious over the vaccine's effectiveness and safety. Nevertheless, its Russian developers made some bold claims Friday after presenting the findings to reporters.

Professor Alexander Gintsburg, director of the Moscow-based Gamaleya Institute that developed the vaccine with assistance from Russia’s Defense Ministry, told reporters that the vaccine triggers “sufficient” immune response “to counteract any imaginable dose infecting (a person) with COVID-19.”

“We are ready to assert that the protective effect of this vaccine will be detectable and remain at a proper level for 2 years, or maybe even more," Gintsburg said, without providing any evidence to back up the claim.

According to the Lancet report, the trials took place in two Russian hospitals involving healthy adults aged 18 to 60, who were required to self-isolate once they registered for the trial. They remained in the hospital for the first 28 days of the study after being vaccinated.

One part of the study involved a frozen formulation of the vaccine while another studied a freeze-dried variation. Scientists said the frozen vaccine would be suitable for current global vaccine supply chains while the freeze-dried version could be used in hard-to-reach areas.

Both vaccines used a modified version of the common cold-causing adenovirus to carry genes for the spike protein in the coronavirus, as a way to prime the body to react if a real virus causing COVID-19 comes along. That’s a similar technology to the vaccines being developed by China’s CanSino Biologics and Britain’s Oxford University and AstraZeneca.

Russian researchers said all 40 participants produced a neutralizing antibody response, molecules which are key to blocking infection. The vaccines also appeared to trigger a reaction in the body’s T-Cells, which help by destroying cells that have been invaded by the virus.

The most commonly reported side effects were pain at the injection site, fever, headache, and muscle or joint pain.

In an accompanying commentary, Dr. Naor Bar-Zeev of the Johns Hopkins Bloomberg School of Public Health and colleagues wrote that the studies were “encouraging but small.” They said that the immune reaction elicited by the vaccine “bodes well” but that “clinical efficacy for any COVID-19 vaccine has not yet been shown.”

Bar-Zeev and colleagues said that proving the safety of any coronavirus vaccine would be critical.

“Safety outcomes up to now are reassuring, but studies too date are too small to address less common, or rare serious adverse events,” they said. “Since vaccines are given to healthy people and during the COVID-19 pandemic, potentially to everyone after approval following (advanced) trials, safety is paramount.”

Dr. Ohid Yaqub, senior lecturer at the Science Policy Research Unit at the University of Sussex, said the limited study size was not enough for regulatory approval, which the vaccine received last month.

“In the context of regulatory approval, the design and size of (an early) study is not anywhere near sufficient for widely recognized standards of approval. The study was not randomized, and it was not large enough to detect rarer safety issues,” Yaqub said.

The vaccine was approved by the Russian government with much fanfare on Aug. 11. President Vladimir Putin personally broke the news on national television and said that one of his daughters had already been vaccinated, experienced slight side effects and developed antibodies. Since then, several high-profile officials also said they had taken the shots, including Moscow Mayor Sergei Sobyanin and Defense Minister Sergei Shoigu.

It remains unclear whether they were among the volunteers in clinical trials or accessed the vaccine in some other way.

Russian health authorities announced advanced trials of the vaccine among 40,000 volunteers last month. According to official records, it will be a randomized, double-blind, placebo-controlled study. Officials also mentioned that vaccination of risk groups, such as doctors and teachers, may be carried out “in parallel" — but it remains unclear whether it will be done as part of the study.

Michael Head, a senior research fellow in global health at Britain’s University of Southampton, agreed the Russian vaccine appeared to be “promising,” but that further studies were needed.

“At this stage, we do not actually know if the vaccine works,” he said. Head was not linked to the Russian research. “Public confidence in any vaccine is vital,” he said in a statement, calling suggestions from Russian and other authorities that a vaccine could be fast-tracked without the proper research “problematic.”

“Ultimately, we must not pour additional fuel on the anti-vaccine lobby fires,” he said.