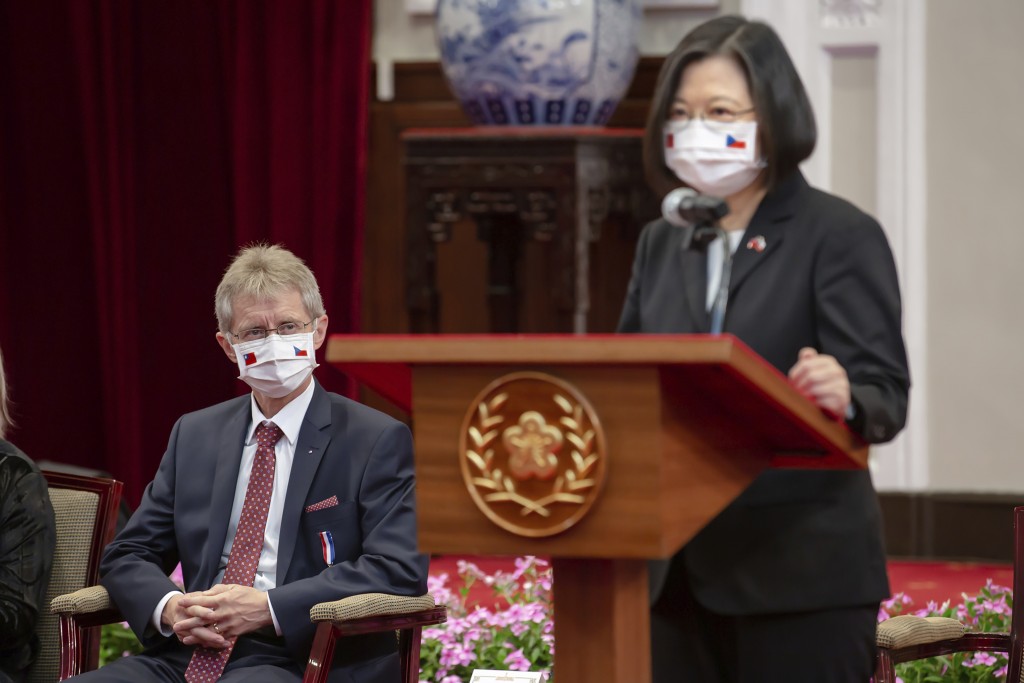 TAIPEI, Taiwan (AP) — The mayors of Prague and Taipei announced new areas of cooperation for the two sister cities, including orchestra tours, on Friday as a Czech delegation concluded a weeklong visit to Taiwan that was bitterly criticized by China.

The head of the 80-plus member delegation, Czech Senate leader Milos Vystrcil, is the highest-ranking Czech official to visit the democratically ruled island since 1989, according to Taiwan Foreign Minister Joseph Wu.

Since the delegation's arrival on Sunday, it has met with Taiwanese counterparts to develop cooperation in a range of areas including trade, cybersecurity and the coronavirus pandemic. Vystrcil also met with Taiwanese President Tsai Ing-wen.

Vystrcil has faced strong anger from China, which issued multiple warnings over the week about the visit, as well as criticism from the pro-China Czech president.

China considers Taiwan to be part of its territory and objects to any official contacts between other countries and the island.

Chinese Foreign Minister Wang Yi warned on Monday that China will “definitely make them pay a heavy price” for the visit, which Beijing sees as support for Taiwanese independence.

Throughout the visit, Vystrcil and others have emphasized the shared democratic values of Taiwan and the Czech Republic.

Relations have soured between part of the Czech government and China in the past year.

Prague canceled a sister cities agreement with Beijing last year after the Chinese side insisted on adding a clause to the deal stating that Prague supports the “one-China principle,” which says Taiwan is part of China.

In reaction to Prague’s decision to sign a new sister cities' agreement with Taipei, China canceled the tours of several Prague classical music ensembles and orchestras.

Part of the dispute is over trade.

“There were a lot of promises of China investment roughly around the year 2013, 2014. However, all those promises turned out to not be fulfilled,” Prague Mayor Zdenek Hrib said Friday,