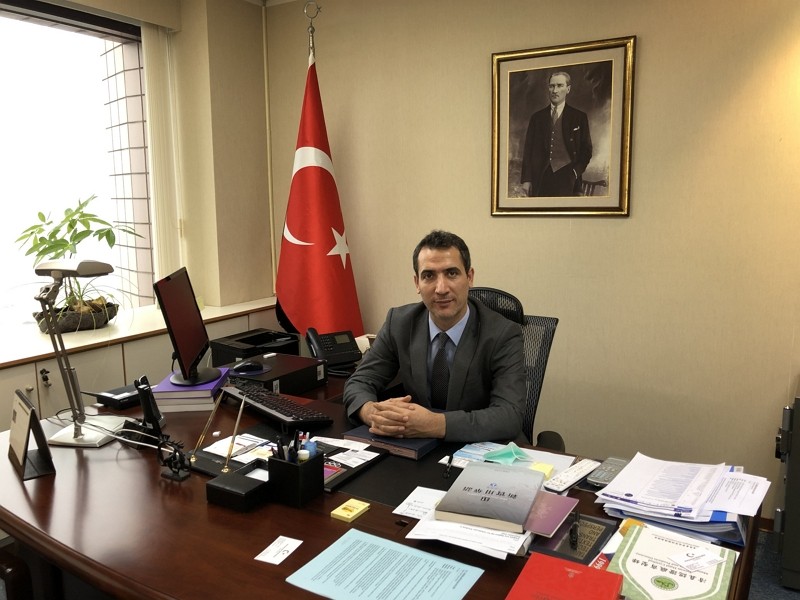 TAIPEI (Taiwan News) — The new head of the Turkish Trade Office in Taipei has been enjoying his new life in Taiwan and looks forward to advancing Taiwan-Turkey relations.

Mr. Muhammed Berdibek said that he has been adapting well to Taipei and that he likes the energy and surrounding environment of the capital city. The only thing he cannot get accustomed to is the intense humidity, he remarked.

Berdibek has only been in Taiwan for 2 months and is scheduled to stay for four years. Currently, he is enrolled in Chinese classes at National Taiwan Normal University and finds the language difficult to master; nevertheless, he told Taiwan News that he is eager to learn as much of the language as possible within one year.

Berdibek previously worked under the Turkish Ministry of Culture and Tourism handling scholarships for students wanting to study in Turkey. This has brought him all over the world, he told Taiwan News, totaling 100 some odd countries.

This has allowed Berdibek, whose background is in international politics, to write three books. One of them, entitled "Black is Beautiful," documents the histories and struggles of marginalized peoples around the world. Another book is a collection of fascinating and peculiar experiences during his travels.

Though he has only just arrived, Berdibek sees a lot of potential areas that Taiwan and Turkey can expand upon, particularly in trade and tourism. He stated that currently, there is a trade imbalance between the two sides, with Taiwan exporting more than Turkey.

According to the Representative, Taiwan sells many high-quality electronic products, which has established a good reputation among the Turkish people. However, he lamented that these products can sometimes be too expensive compared to those from China and Malaysia.

Berdibek stated that while Turkey currently exports marble, agricultural products, and ceramics, he aims to find more Turkish specialties such as tea to export and assuage the trade imbalance.

Additionally, Berdibek said that there are currently two to three Turkish Airlines flights per week between Taoyuan International Airport and Istanbul. However, he is seeking to increase weekly flights to 10.

He also estimated that there are on average about 100,000 Taiwanese who visit Turkey every year and that it would be “no problem” to attract more Taiwanese tourists to come to the Mediterranean nation.

Though Berdibek has just settled into his new position, he is eager to enjoy everything Taiwan has to offer and he expressed excitement and optimism at helping to bolster Taiwan-Turkey relations during his term.