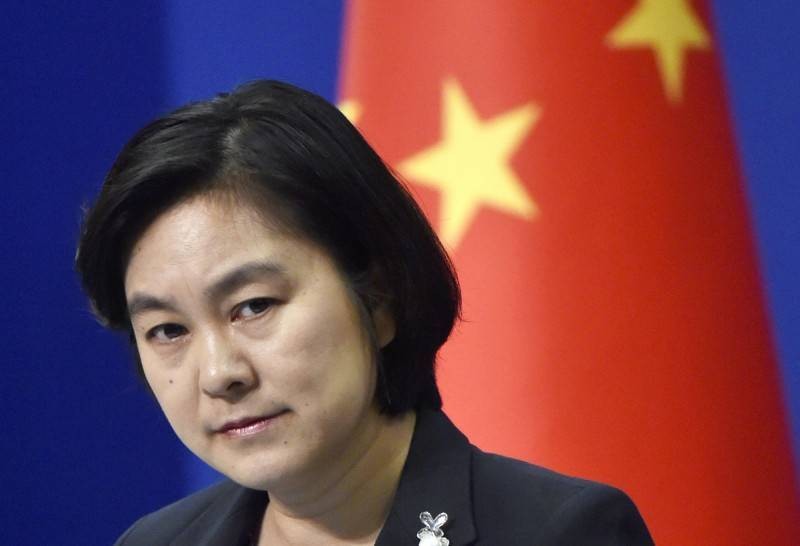 During a press conference on Thursday, a Kyodo News reporter asked Hua if she had any comment about Taiwan's president meeting with Vystrcil that day in Taipei. In response, Hua said the ministry has been clear about China's position and the Czech senate president's visit to "Taiwan region" "outrageously supported Taiwan independence forces" and was an "open provocation."

Hua then rehashed the "one-China policy" as key to China-Czech diplomatic ties. She pointed out that Vystricil's visit and overtures to Taiwan stood in contrast to Czech President Milos Zeman, who has sought to boost business and political ties with China since taking office in 2013.

However, Hua failed to mention that public sentiment in the Czech Republic toward China has soured. China banned four Czech musical groups after the Mayor of Prague, Zdenek Hrib, opposed the "one China" clause in a sister city agreement with Beijing, eventually prompting Hrib to scrap the agreement and sign one with Taipei instead.

Hua claimed that Vystrcil's trip had damaged China-Czech relations and called on the Eastern European country to swiftly take steps to "eliminate the negative impact." She then alleged that Taiwan is an "inalienable part of China," despite the fact that Taiwan has never been part of the communist country, and added Vystrcil's support of "'Taiwan independence separatist activities" would "never succeed."

Finally, Hua chastized the Kyodo News reporter for referring to Tsai as "president" and admonished the journalist against doing so again in the future. Hua then described the democratically elected president as being "merely a leader in Taiwan's region."