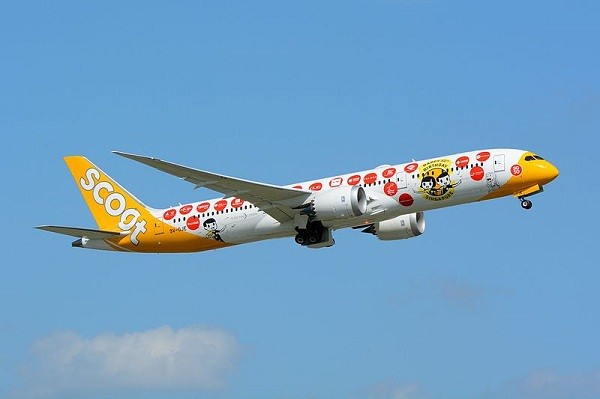 TAIPEI (Taiwan News) — Budget airline Scoot announced on Thursday (Sept. 3) that it will resume its Kaohsiung-Singapore and Kaohsiung-Osaka flights from Sept. 19, with one weekly flight for each route.

The announcement was made after the airline had reopened its flight routes between Taipei and three destinations: Singapore (2 weekly flights); Tokyo (1 weekly flight); and Seoul (1 weekly flight). Scoot uses the B787-9 airplane to fly all of the routes, per CNA.

Scoot said that passengers departing from Taipei or Kaohsiung can take a Scoot flight to Singapore and transfer to other destinations in the world via Singapore Airlines, Silk Air, or Scoot, including Australia, New Zealand, Vietnam, Cambodia, Indonesia, Thailand, Denmark, France, Germany, Italy, Spain, Switzerland, the Netherlands, the United Kingdom, and Turkey.

The airline added that it has resumed its advance meal order service since Sept. 1.