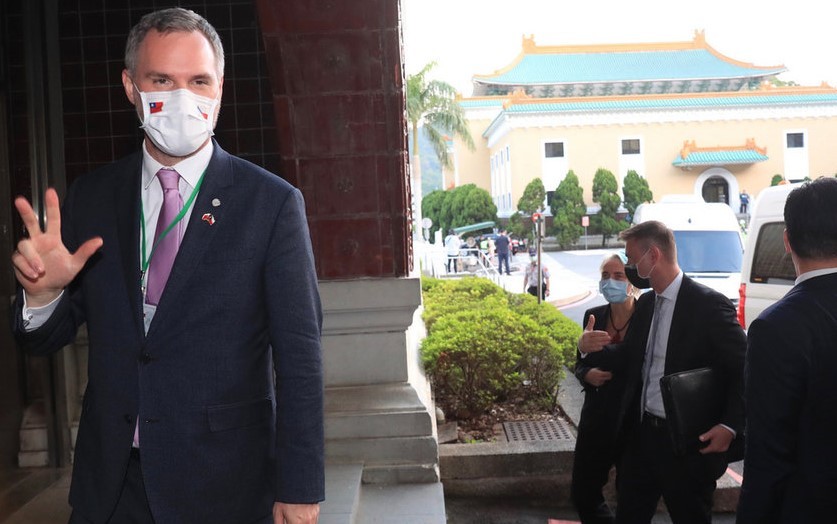 A total of 83 members of the delegation, including Milos Vystrcil and Prague Mayor Zdenek Hrib, were received by NPM President Wu Mi-cha (吳密察) after the museum had closed to the public. Mayor Hrib, who previously studied in Taiwan, mentioned that this is his third visit to the museum and said, “I hope I can learn more about the history of Chinese culture. I believe my colleagues will love it,” CNA reported.

Museum President Wu presented the English version of a narrated overview of the NPM that was released in July. Afterward, an NPM guide brought the delegation through the museum on a tour that included seeing the famous jadeite cabbage and meat shaped stone as well as other popular relics and artifacts.

After a one-and-a-half-hour tour, the group stopped at the museum gift shop to purchase some souvenirs before having dinner in the main hall of the museum.

The NPM stated that the Czech delegation, Ministry of Foreign Affairs officials, and museum staff all wore masks, took body temperature measurements, and disinfected their hands during the entire visit. They also took great care to maintain social distancing in accordance with the Centers for Disease Control regulations.

The NPM also stated that the museum will be fully disinfected and will open Thursday at 9 am.