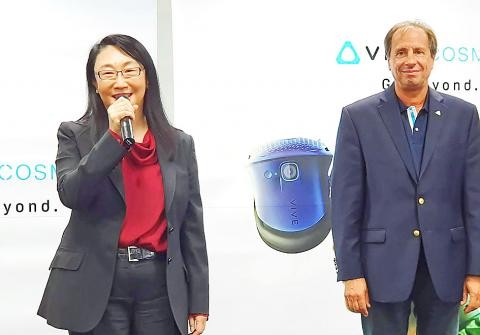 TAIPEI (Taiwan News) — Less than a year after his appointment, Yves Maitre, who is French, has left his position as CEO of consumer electronics maker HTC Corporation due to the Wuhan coronavirus (COVID-19) pandemic, reports said Thursday (Sept. 3).

Cher Wang (王雪紅) will combine the CEO position with the chairmanship of the company, which she already did from 2015 to 2019, CNA reported.

Maitre was appointed CEO in September 2019 after having served as executive vice president of consumer equipment and partnerships at Orange, formerly known as France Telecom.

According to a statement by HTC, the French manager resigned because he found it difficult to combine family and work during the coronavirus pandemic. Business travel and other forms of travel had been severely curtailed by the virus, causing massive changes in the ways people lived and corporations conducted business, HTC remarked.

The board of HTC approved Maitre’s departure and wished him well with his future endeavors, the company said, without adding details about the French businessman’s plans.