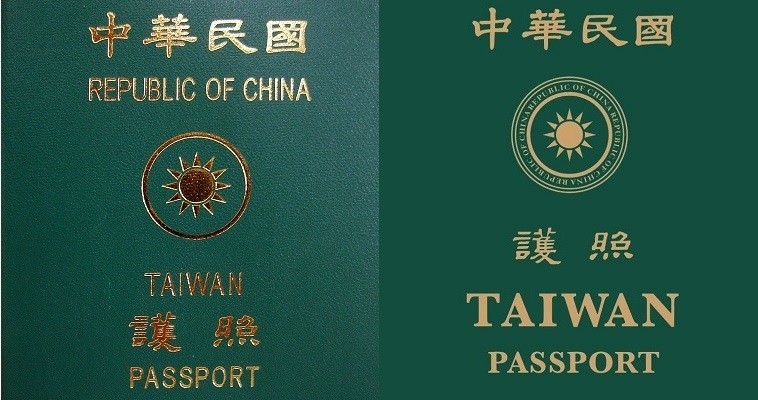 TAIPEI (Taiwan News) — As the new design for Taiwan's passport cover was unveiled on Wednesday (Sept. 3), President Tsai Ing-wen (蔡英文) said that the new document will enhance the country's recognition overseas and clearly shows that "we are Taiwanese!"

On Wednesday, the Cabinet revealed that the new passport cover significantly reduced the font size of "Republic of China" (中華民國) and integrated it in the national emblem, while greatly enlarging the word "Taiwan" and placing it directly above the word "passport." During a press briefing before a meeting of the Democratic Progressive Party's Central Standing Committee that day, Tsai told reporters that she believes the new design strengthens the passport's discernability and it also strengthens elements of Taiwan to ensure the convenience and travel safety for citizens, reported CNA.

Tsai stated that the redesign was "the common wish of many Taiwanese," especially those who often go abroad. After the Legislative Yuan on July 22 passed a resolution to emphasize "Taiwan" over "China" on both the nation's airline name and passport, an intergovernmental panel devised a new passport cover, which the Cabinet has approved. "In fact, when we get the [new] passport, it is very clear that we are Taiwanese! That's what it means," said Tsai. Under the old design, the word "China" included with the name "Republic of China" — which was displayed on the top of the passport cover — has repeatedly resulted in many Taiwanese citizens being mistaken for nationals from China.

The new, improved version of the passport will be released in January of next year. However, current passports will continue to remain valid until their expiration date.