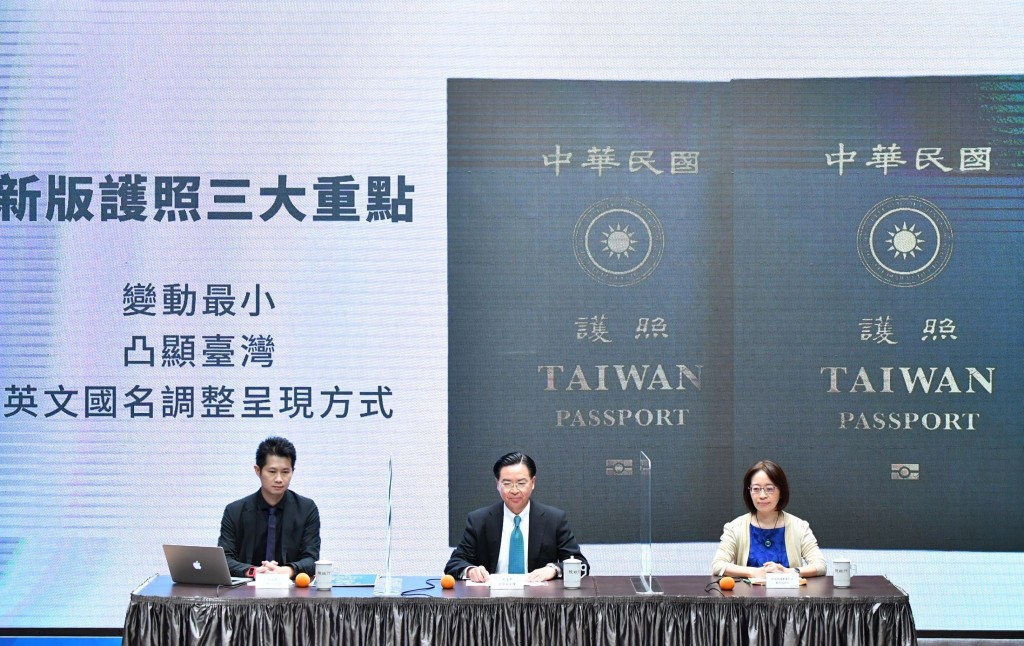 The foreign ministry on Wednesday released images of the new document that features “Taiwan” in large capital letters on its cover and minimizes the English wording “Republic of China,” the island’s official name according to its constitution.

Taiwan was handed over from Japanese to Chinese rule in 1945. Four years later, Chiang Kai-shek relocated the Republic of China and its institutions to the island as Mao Zedong’s Communist Party swept to power in the Chinese Civil War.

Taiwan has since shrugged off political connections with China as part of its transition to full democracy. However, it has retained Republic of China as its official name, along with the constitution, flag and state institutions brought from China.

Despite the political divide, China continues to claim Taiwan as its own territory and has required foreign countries and multinational companies to refer to the island as a part of China.

There was no immediate reaction from Beijing on the new passport design. Beijing responded angrily when Taiwan was added to the cover of the Taiwanese passport more than a decade ago and has increasingly lashed out at assertions of the island’s political independence.

China does not recognize Taiwanese passports and requires citizens of the island traveling to the mainland to use a Chinese-issued document.

The change in passport design, to take effect in January, aims to prevent confusion between travelers from Taiwan and those from China, Taiwanese Foreign Minister Joseph Wu told reporters.

He said the ministry has informed the International Air Transport Association, foreign governments, airports, airlines and immigration authorities about the change and provided them with samples of the new design.

The passport redesign was mandated in a resolution passed by the legislature in July, which also called for a change in the logo of Taiwan's government-owned China Airlines, sometimes confused with Chinese flag carrier Air China.