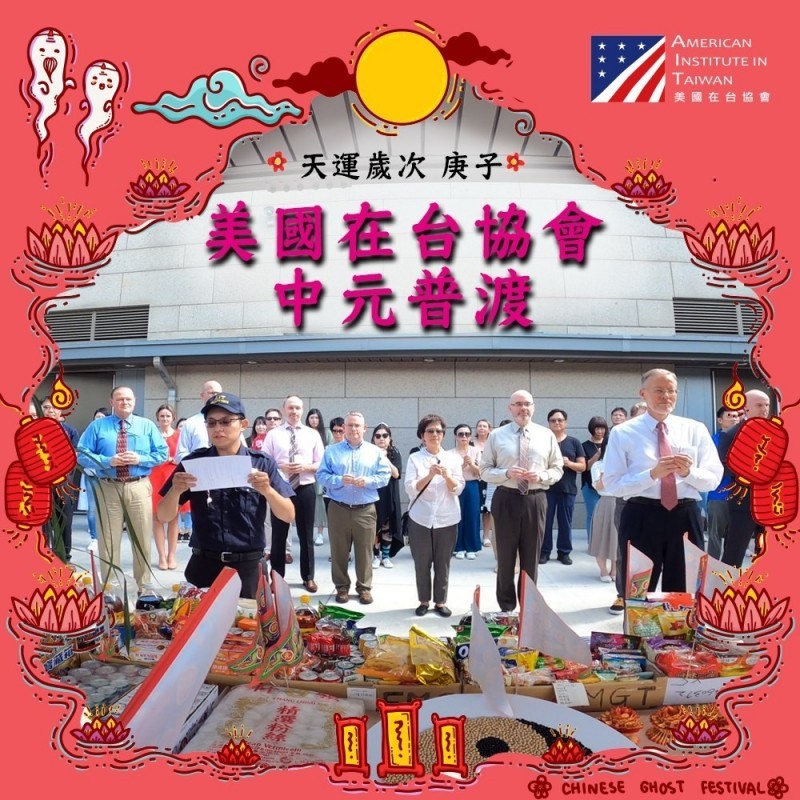 Ghost Festival Day (中元普度) falls halfway through Ghost Month (鬼月) on the 15th day of the 7th month of the lunisolar calendar, which this year was Sept. 2. Devout Taoists and Buddhists believe that during this time of year, the gates of hell are opened for a full month so that hungry ghosts can roam the world of the living in search of food, money, entertainment, and possibly souls. Christensen lighting a candle on an altar. (Facebook, AIT photo)

The terms "Good Brothers" (好兄弟) and "Good Sisters" (好姐妹), as opposed to "ghosts," are considered preferable when referring to lost souls to avoid offending them. These apparitions are not worshiped in the same way as ancestors and vary from pitiful to dangerous.

To mark the occasion, the American Institute in Taiwan on Wednesday posted photos on its Facebook page of staff members, led by AIT Director William Brent Christensen in holding incense and praying for peace. In the caption, AIT wrote that the ceremony was held to honor ancestors during the "Hungry Ghost Festival" by providing a "feast for wandering ghosts." The caption also asked readers to mention how they spend the day with their family, prompting 12,000 likes, 1,900 shares, and 689 comments, including photos of a cornucopia of offerings. Incense being burned as offering to spirits. (Facebook, AIT photo)