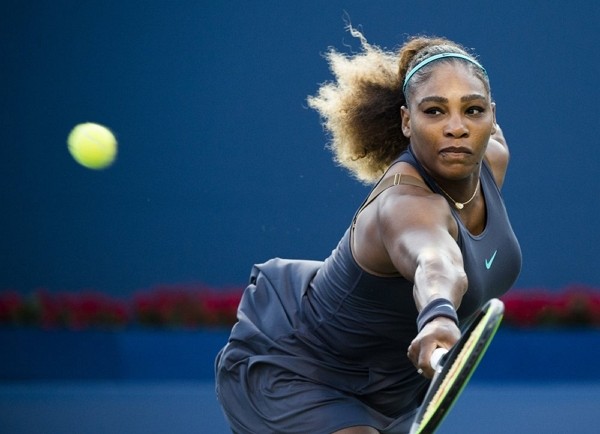 With no fans to cheer her on, Serena Williams was left to push herself to a record-breaking straight-sets victory in the first round of the U.S. Open on Tuesday (Sept. 1).

The six-time champion did not need the help of a fan-filled Arthur Ashe Stadium to provide a lift during her 7-5 6-4 win over the 96th ranked Kristie Ahn.

But at some point during the next two weeks at Flushing Meadows, Williams, as she has instinctively done many times over the last two decades, will look to the stands for a turbo-boost and there will be none.

“I think the hardest is making sure you stay pumped,” said Williams, when asked about the lack of fans and big-crowd atmosphere. “For me it was clearly easy because I’m always overly passionate.

“I love being passionate. It’s what I’m best at.”

Running on empty will take on a whole new meaning at the COVID-19 impacted U.S. Open, where the boisterous energy provided by capacity crowds that pack tennis’s biggest stadium have in the past refilled fatigued players’ tanks.

While Williams was certainly not firing on all cylinders on Tuesday she began her U.S. Open as she started 19 others — with a win — and improved her first round match record to 20-0.

And even after 20 years there were still records to be broken, Williams collecting her 102nd U.S. Open win to surpass the mark she shared with Chris Evert.

Down an early break in each set against Ahn on Tuesday, Williams constantly leaned on her biggest weapon, her serve, to get her out of trouble, hammering down 13 aces and winning 32 of 38 first-serve points.

But while her serve inflicted damage, her other weapons were not so sharp. And despite saying she was “super fit” Williams appeared fatigued.

Although her court coverage was lacking, her power and experience were more than enough to see off the 28-year-old Ahn, who is still chasing a first career title.

Williams’s straight sets win was her first since the WTA Tour’s restart in August, as all five of her previous matches had gone the distance.

While Williams counted the positives to come from the win she acknowledged there is still plenty to work on.

“I felt like I wanted to be focused from the first point to the last,” said Williams, who lifted herself with screams and fist pumps throughout the match.

“I feel like I have been focused but I’ve been losing matches on literally one point that could swing a match a different way.

“I just wanted to be Serena, focused from the first point to the last point no matter what happens.”