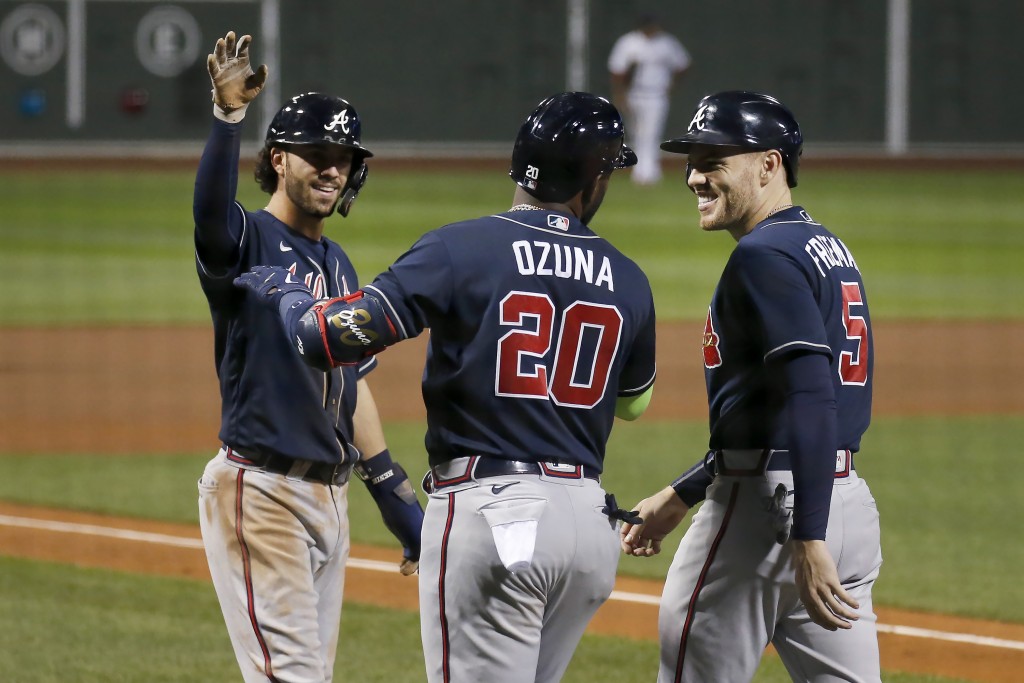 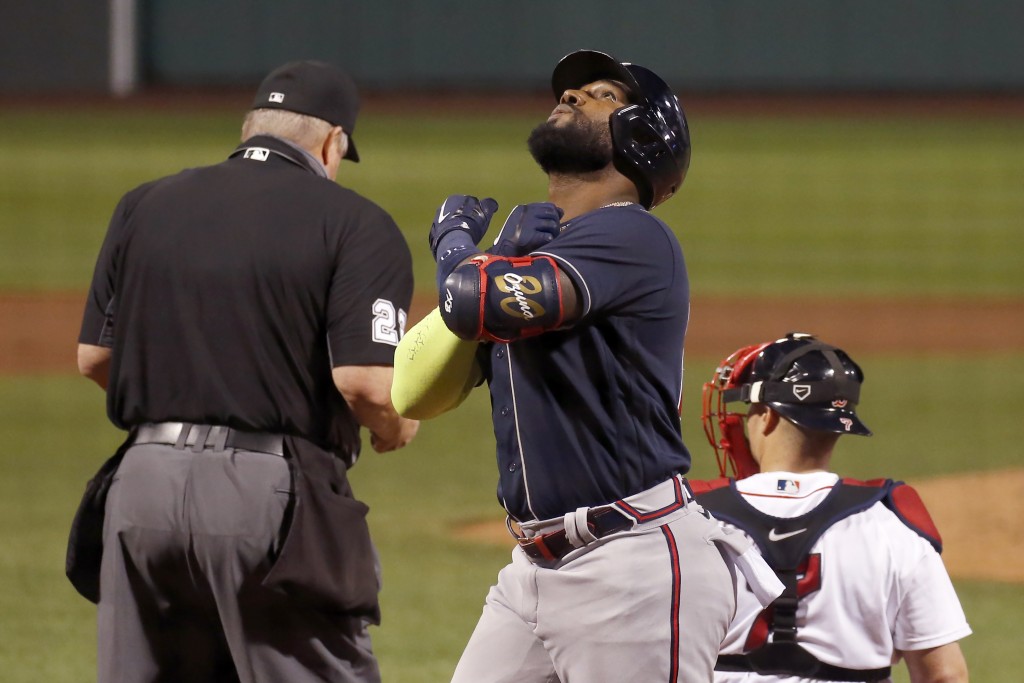 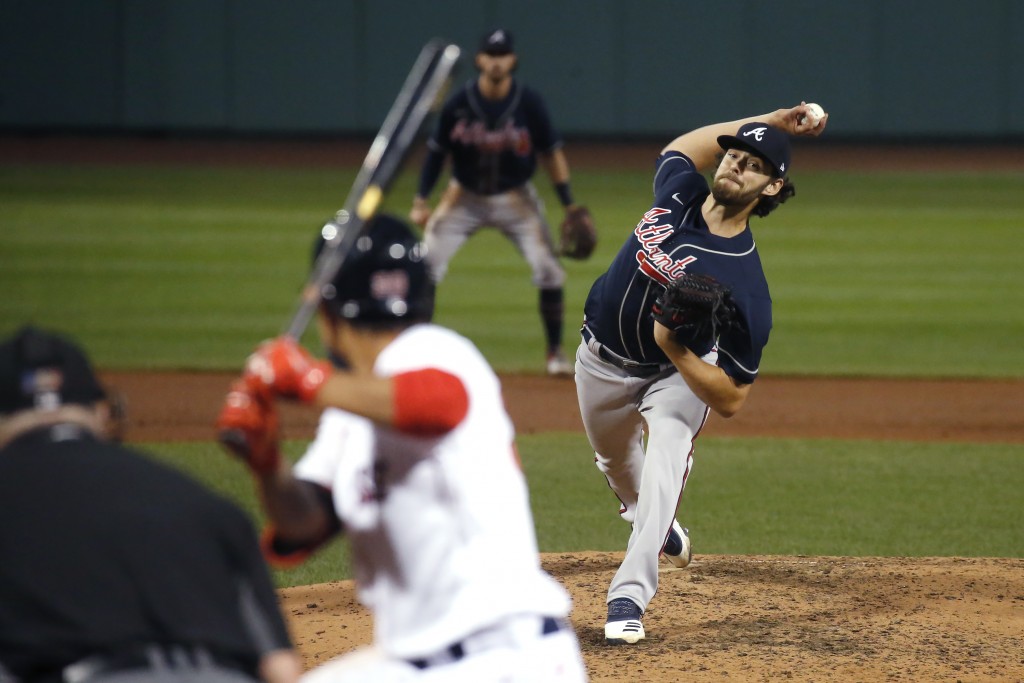 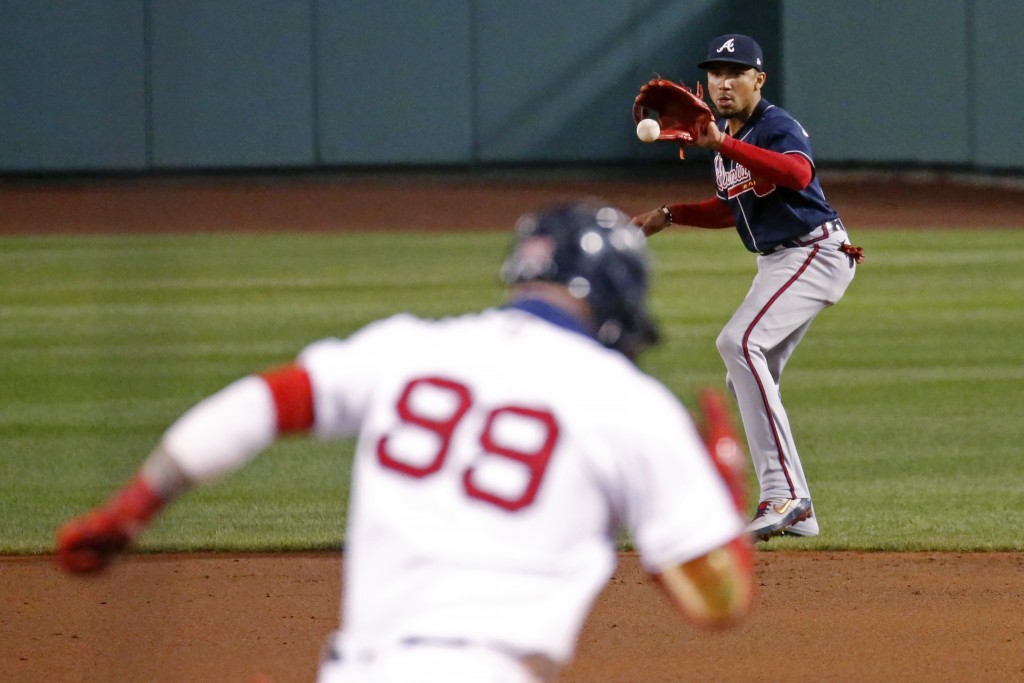 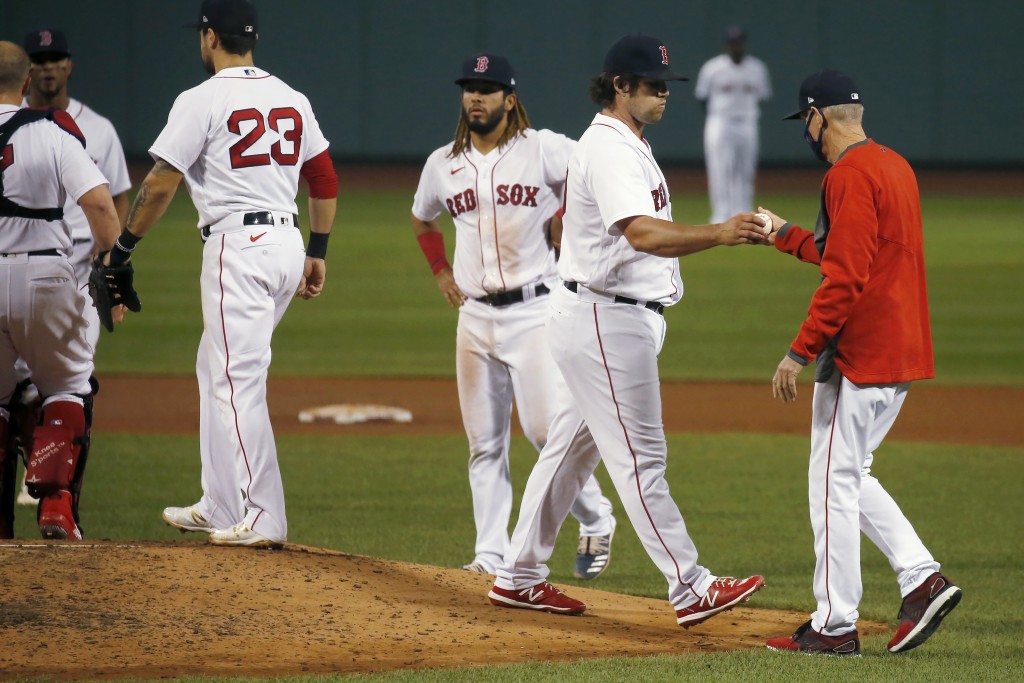 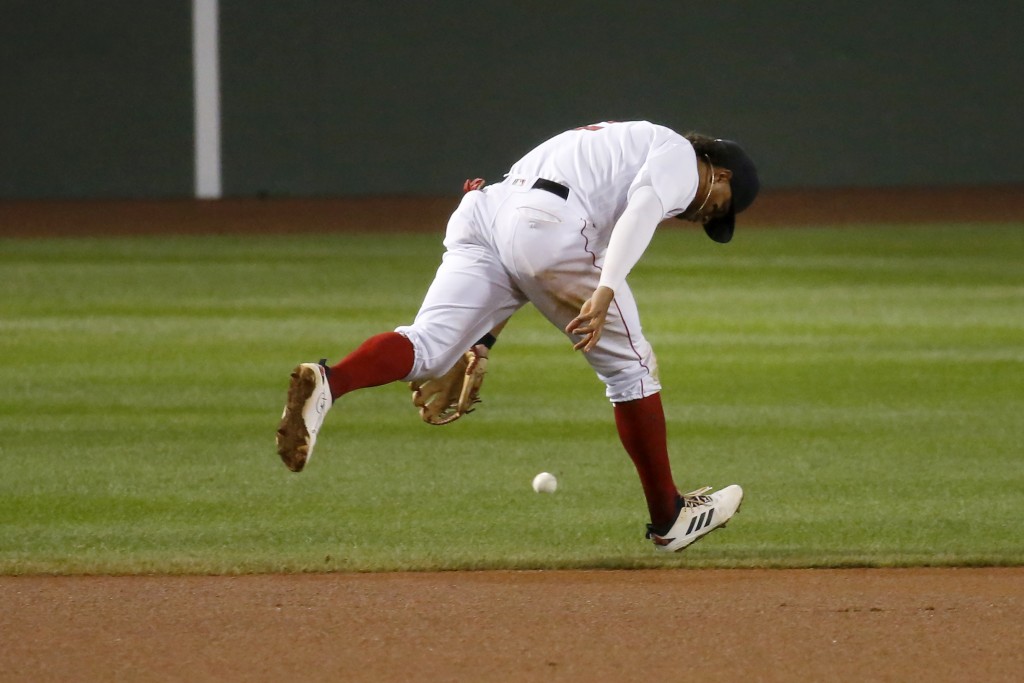 BOSTON (AP) — Marcell Ozuna hit three home runs in a game for the first time in his career and finished with six RBIs, leading the Atlanta Braves to a 10-3 rout of the Boston Red Sox on Tuesday night.

Ozuna, who was 3 for 5, hit a two-run homer in the first inning, a solo shot in the seventh and a three-run blast in the eighth. It was the eight-year veteran’s second multihomer effort in the last 10 games and the 10th of his career.

“He’s got a really good idea what he’s doing at the plate,” Braves manager Brian Snitker said. “He’s been unbelievable for a four-week, five-week span here. That’s got the makings of a really monster 162-game season.”

Ozuna hit his first two homers over the Green Monster in left before launching his last to deep center. Ozuna’s second homer was also his 1,000th career major league hit.

Austin Riley hit a go-ahead RBI single in the sixth. Ender Inciarte, Dansby Swanson and Freddie Freeman each had an RBI for the Braves.

Atlanta has won two straight after dropping three of five.

Braves right-hander Ian Anderson (2-0) allowed two runs and struck out eight over six innings in his second big league start. The 22-year-old fanned six and took a no-hitter into the sixth in his debut against the New York Yankees last Wednesday before allowing a solo homer in a 5-1 win.

“It was exciting,” said Anderson, who grew up as a Red Sox fan near the Massachusetts state line in Rexford, New York. “Definitely had even more adrenaline than I had the first time. A lot of nerves, too. But (it was) fun out there.”

Boston had won two of three before a 6-3 loss to Atlanta on Tuesday.

“That game was a lot better game than the score was,” Boston manager Ron Roenicke said. “It just got out of hand there at the end.”

Riley hit a line-drive single with runners on second and third and nobody out to give the Braves a 3-2 lead. Inciarte beat out an infield single two batters later to double the lead.

“It’s tough — you play hard, you play close and all of a sudden you have a blowout,” Roenicke said.

Devers tied the game at 2-2 with a two-out single in the third after Verdugo’s RBI single two batters prior.

Earlier Tuesday, the Red Sox’s official Twitter account posted a picture of a finger pressing a “reset” button on a keyboard with the caption “iykyk” — short for “if you know you know.”

It was a nod to the team resetting its competitive balance tax for the 2021 season. After receiving backlash from fans, the team deleted the tweet and later posted, “You ever miss with a tweet? Same.”

Braves: LF Ronald Acuña Jr. (hamstring tightness) went through extensive running drills before the game but was held out of the lineup. Acuña is day-to-day and could return Wednesday. “He felt something yesterday. That was kind of what led to the caution today,” Snitker said. … 2B Ozzie Albies (right wrist inflammation) is on track to begin taking batting practice by the end of the week.

Red Sox: LHP Kyle Hart tweaked his hip on a defensive play in the seventh inning, but stayed in the game. … DH J.D. Martinez (left hand) received treatment before the game and was expected to be available to pinch hit, but he did not enter the game. … LF Andrew Benintendi (right rib cage strain) is working on a treadmill and experiencing less pain but remains a ways away from baseball activities. “Unfortunately, this thing is slow like we thought it possibly could be,” Roenicke said. Roenicke said Benintendi might not return this season. … LHP Darwinzon Hernandez (left AC joint sprain) is a few days away from resuming baseball activities.