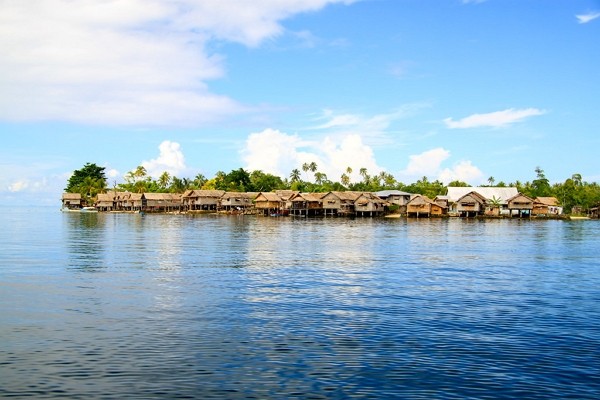 The large Solomon Islands province of Malaita said it will conduct an independence referendum after rejecting the Pacific nation’s decision last year to cut its association with Taiwan and establish formal ties with China.

Home to about one-quarter of the Solomons’ population, the U.S.-aligned Malaita has long held ambitions of becoming its own nation, although it is unlikely an independence vote would be recognized by the central government in Honiara, setting up further discord.

Malaita Premier Daniel Suidani said in a statement distributed overnight on Tuesday (Sept. 1) that Honiara had asserted continued pressure on the province to accept China despite knowing Malaita did not recognize the change in diplomatic ties.

“It is time for Malaita people to see whether they are still willing to be part of a country that its leadership is becoming dictatorial,” said Suidani.

“Self-determination is a core of human rights. No power can indefinitely prevent any group from eventually realizing its aspirations, regardless of how difficult it might be and how long it takes.”

The office of Solomon Islands Prime Minister Manasseh Sogavare did not immediately answer questions on Wednesday.

The Solomon Islands, located north of Australia’s east coast, is a strategically important Pacific nation that switched diplomatic ties from Taiwan to Beijing last year amid a broader tussle between China and the United States for regional allies.

Malaita has since discussed plans with the United States and its allies to develop a deep-sea port, while Chinese interests are pursuing development plans on Solomons’ principal island of Guadalcanal, where the capital is located.

Tension between the most populous province and the capital escalated recently when a shipment of medical aid from Taiwan en route to Malaita was seized in Honiara, the Malaita provincial government and Taiwan’s Foreign Ministry told Reuters.

There has also been fierce debate over the government’s backing of charter flights from China to Solomons to repatriate stranded citizens and bring in Chinese development partners during the coronavirus pandemic.

Sogavare said in a statement earlier this week that all passengers would undergo strict testing and quarantine protocols.