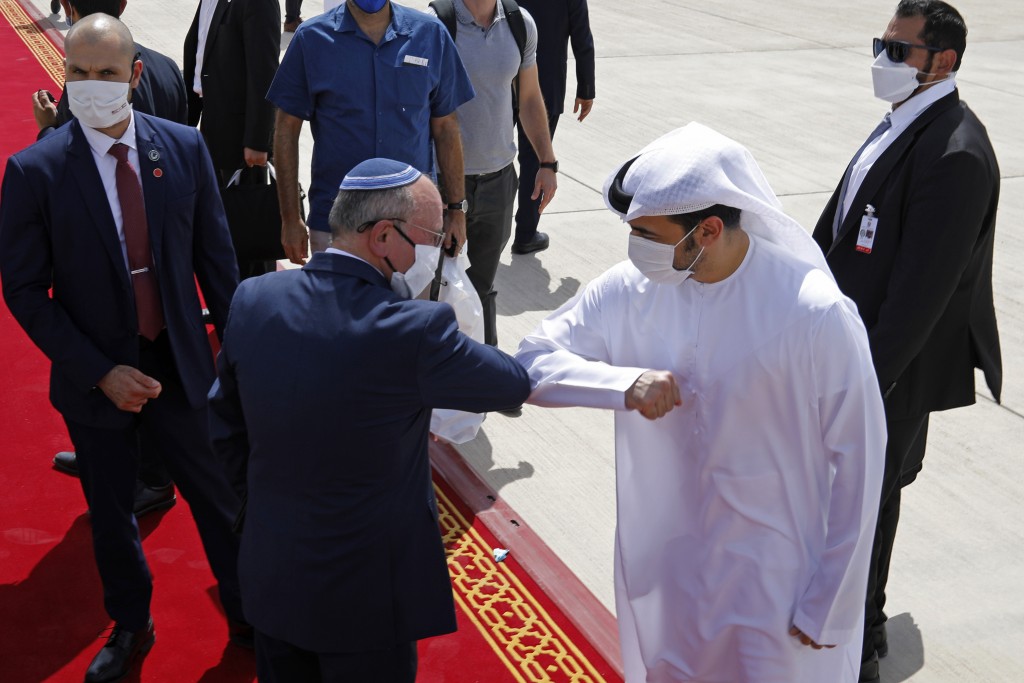 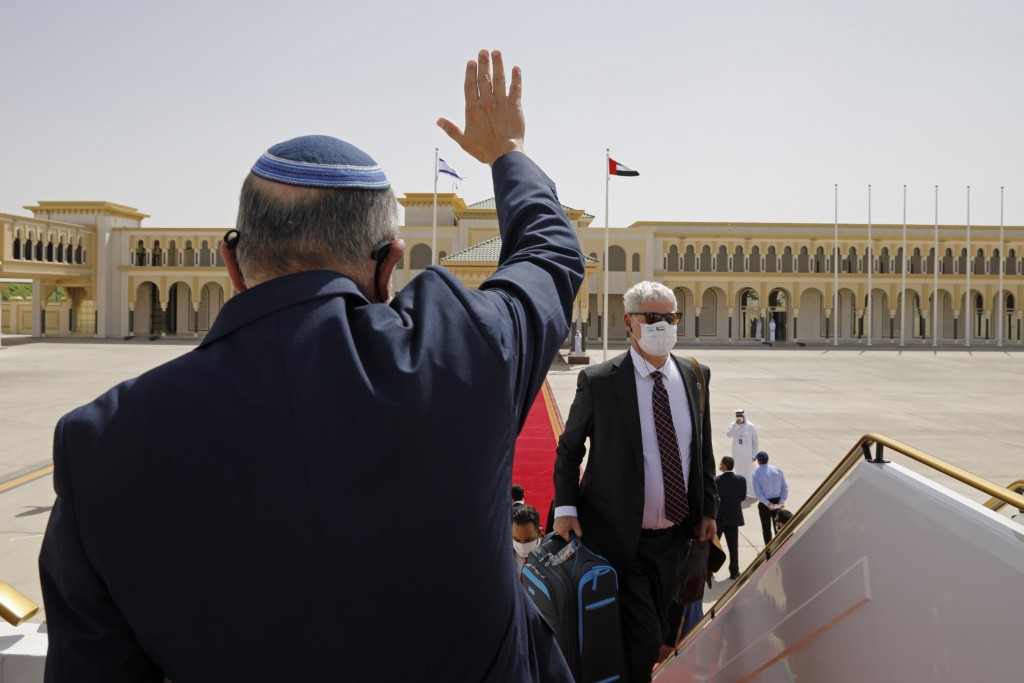 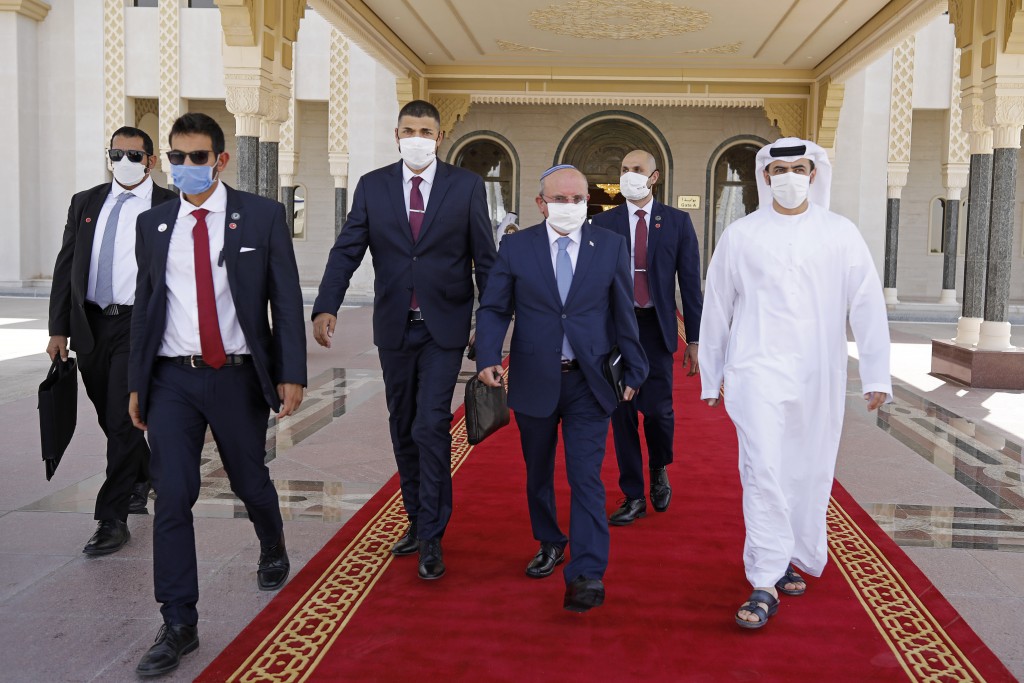 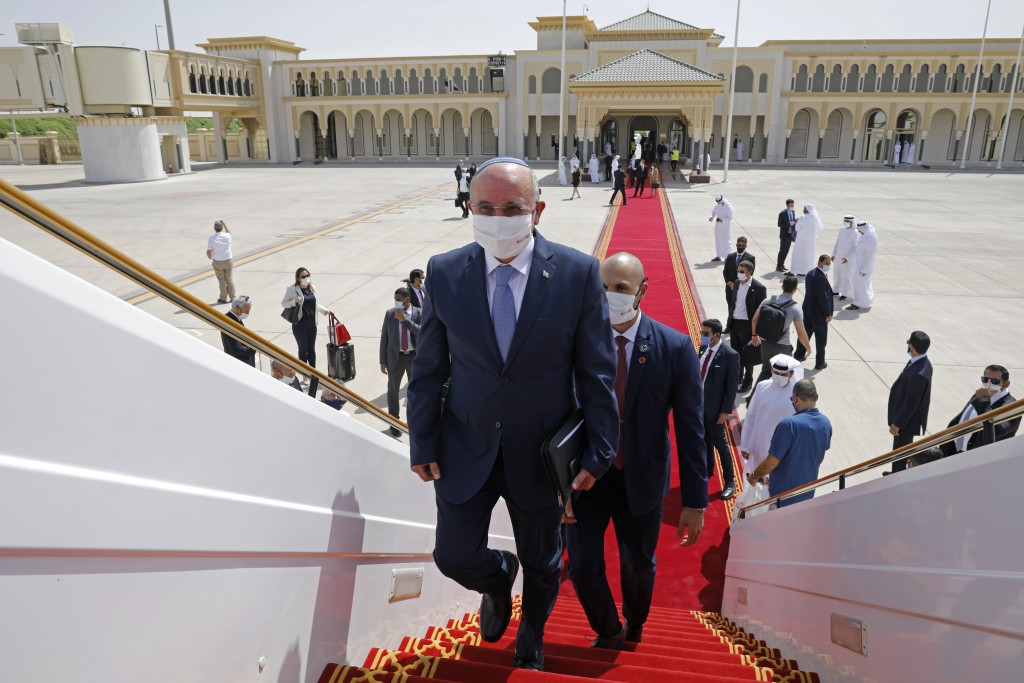 Dozens of Israeli officials and their accompanying traveling press corps got a dizzying taste of Abu Dhabi’s glamorous hotels, historic landmarks and scorching climate. The Emirati charm offensive was on full display as the hosts literally pulled out the red carpet at the airport as they sought to convey a new spirit of friendship following the historic U.S.-brokered deal to normalize relations between the two countries.

Emirati diplomats in their traditional white garb warmly greeted their Israeli counterparts, some wearing Jewish skullcaps, as they hammered out the initial details of agreements on a range of issues, including diplomacy, trade, science, technology and cooperation in countering the coronavirus pandemic.

“It is a message of coexistence. It is a message of togetherness and tolerance in the region,” said Jamal Al Musharakh, a senior Emirati Foreign Ministry official, in a briefing with the visiting reporters Tuesday. “There are too many conflicts in the region and it’s high time to look forward to sustainable ways forward and hope for the future.”

The overnight visit, after the first-ever direct commercial passenger flight between Israel and the UAE, marked the apex of an accelerating warming relationship that had been mostly clandestine before the surprise Aug. 13 White House announcement establishing Israeli-Emirati ties. Since then, telephone lines were quickly connected between the countries, the UAE’s ruler issued a decree formally ending the country’s decades-long boycott of Israel and several Israeli companies signed business deals with Emirati counterparts.

For the traveling journalists from Israel in tow, the visit offered a crash course in Emirati culture and hospitality and a brief window into a nation that had long been mysterious and inaccessible to Israeli citizens. The hosts arranged a private tour of the sparkling Louvre Abu Dhabi museum, with a guide highlighting its Jewish-themed artifacts and official photographers capturing images of the Israeli visitors that were later shared online.

A model was put on display of the future Abrahamic Family House, a massive multi-faith complex under construction set to open by 2022. It aims to house a mosque, a church and a synagogue, and is being touted as the most expensive Jewish house of worship ever built.

A lavish, multi-course dinner with an assortment of local dishes followed, with senior Emirati government officials sharing insight and anecdotes about their country, government and personal lives. Kosher food was provided to the observant Jews, as well as a ritual hand-washing station.

On Tuesday, representatives of the international media visited the Al Dhafra air base, where 5,000 American troops are stationed, to highlight the close Emirati-American military alliance. The Israeli journalists were taken to the Sheikh Zayed Grand Mosque and to a cultural center, with a nod toward potential future Israeli tourists. Cheery government minders handed out souvenirs and UAE-themed trinkets.

Even so, it was a tightly controlled visit, with the Emiratis insisting almost all exchanges be kept off-record.

Only before departure, with an Israeli flag flapping on the Abu Dhabi Airport tarmac below, did Al Musharakh, the senior Foreign Ministry official, express himself publicly. He said the UAE remained committed to solidarity with the Palestinians yet felt compelled to move ahead nonetheless with Israel.

While the Palestinians say they feel betrayed, the UAE has touted the deal as a tool to force Israel into halting its contentious plan to annex parts of the West Bank sought by the Palestinians for a future state. It is also expected to help them acquire advanced U.S. weapons systems that have been previously unattainable, such as the F-35 fighter jet. Israel currently is the only country in the region to fly the stealth warplane.

Israel's archrival Iran has also come down hard on the UAE. On Tuesday, Iran's supreme leader, Ayatollah Ali Khamenei, called the recognition of Israel “treason that will not last for long.”

But the Emirati diplomat said such thinking was a thing of the past. He said relations with Israel culminate a national narrative of forward-looking thinking that renounces extremism and violence. He described the local atmosphere in two words: “historic and hopeful."

“The path to peace and prosperity is not paved in incitement and hate speech,” he said, referring to Iran. “It is through partnership and cooperation.”