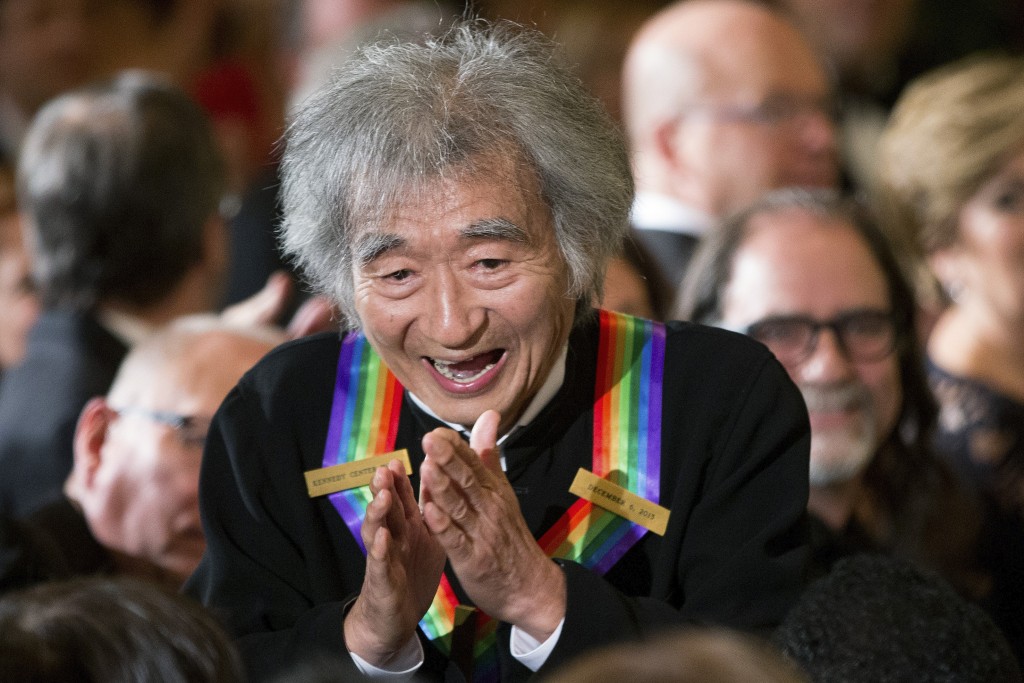 BOSTON (AP) — The Boston Symphony Orchestra, along with several other organizations around the world, is celebrating conductor Seiji Ozawa's 85th birthday Tuesday.

The orchestra is encouraging fans worldwide to honor his birthday on social media with the hashtag #happybirthdayseiji.

As part of the celebration, Mayor Marty Walsh has issued a proclamation declaring Tuesday “Seiji Ozawa Day in the City of Boston."

Ozawa is the longest-serving conductor in Boston Symphony history, holding the title of music director for 29 years from 1973 until 2002.

He has also been affiliated with the New Japan Philharmonic, Carnegie Hall, the Vienna Philharmonic, the San Francisco Symphony, the Toronto Symphony Orchestra and New York's Metropolitan Opera.

But, the native of Japan said in a written statement, “for me, Boston is like my second home. I love and miss all my colleagues and friends at the Boston Symphony Orchestra.”

Ozawa holds a special place in the hearts and minds of colleagues worldwide, orchestra President and CEO Mark Volpe said in a written statement.

“Those of us fortunate to know him and to have been present for the fantastic music making he elicits from an orchestra have been dazzled by his conducting, often described as balletic and always without a score," Volpe said.