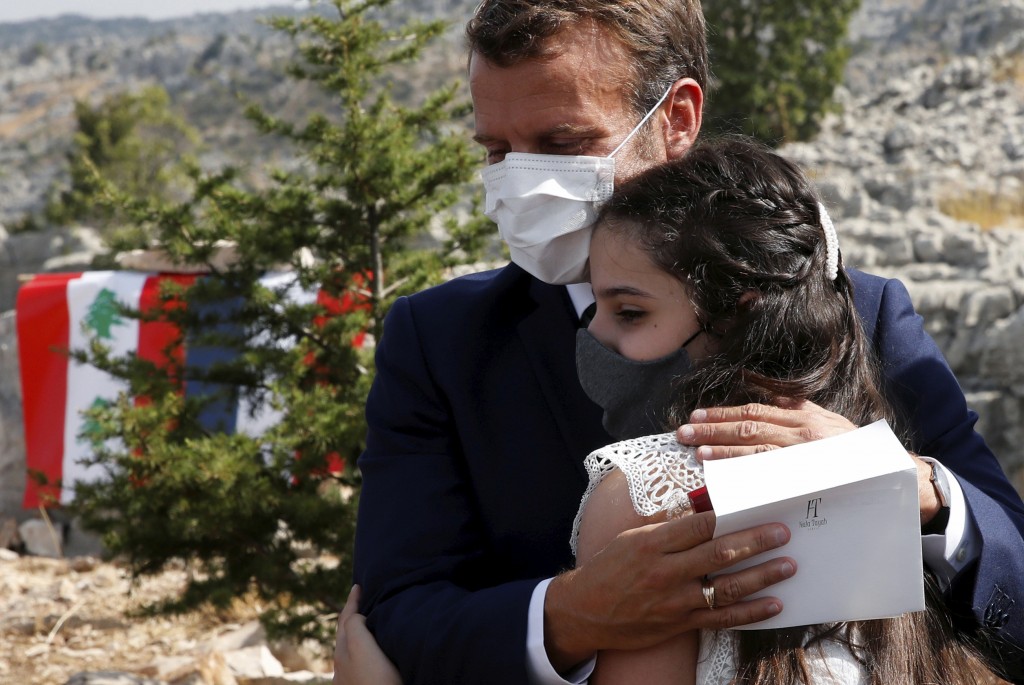 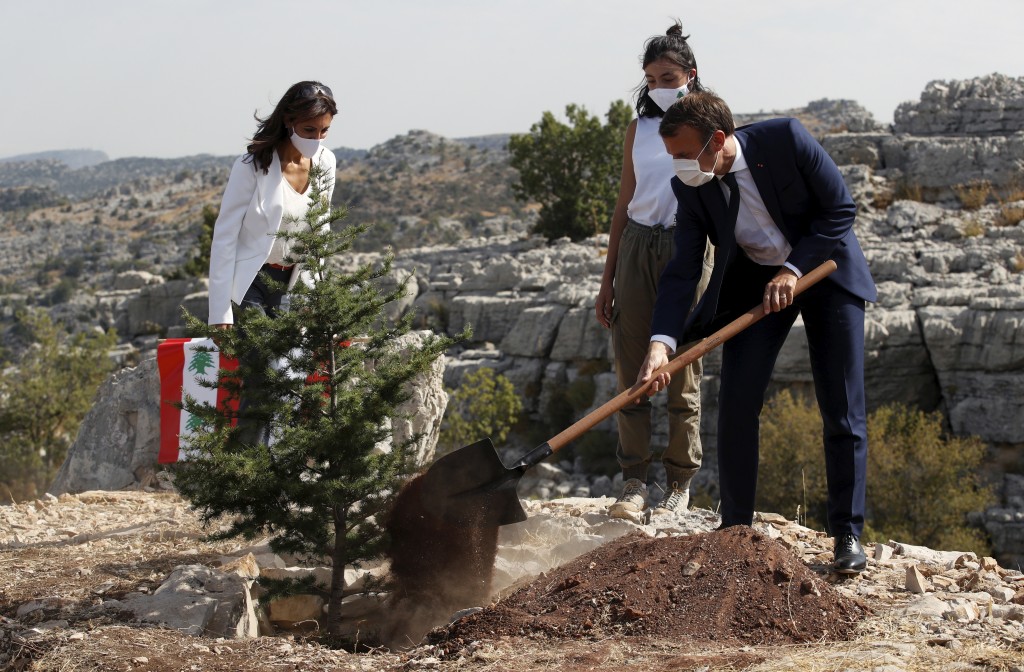 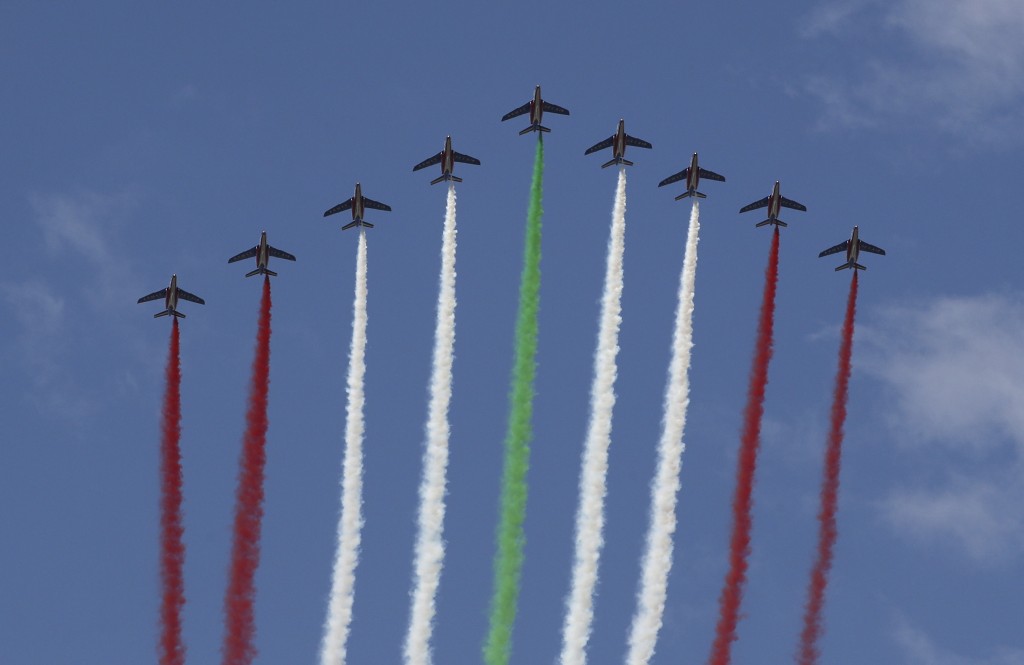 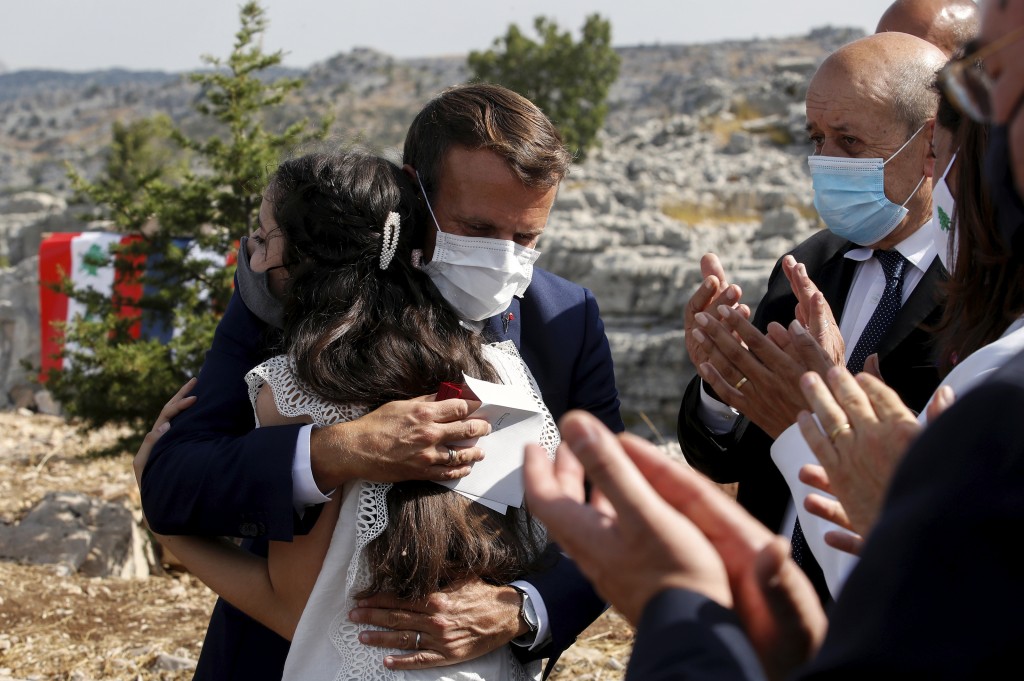 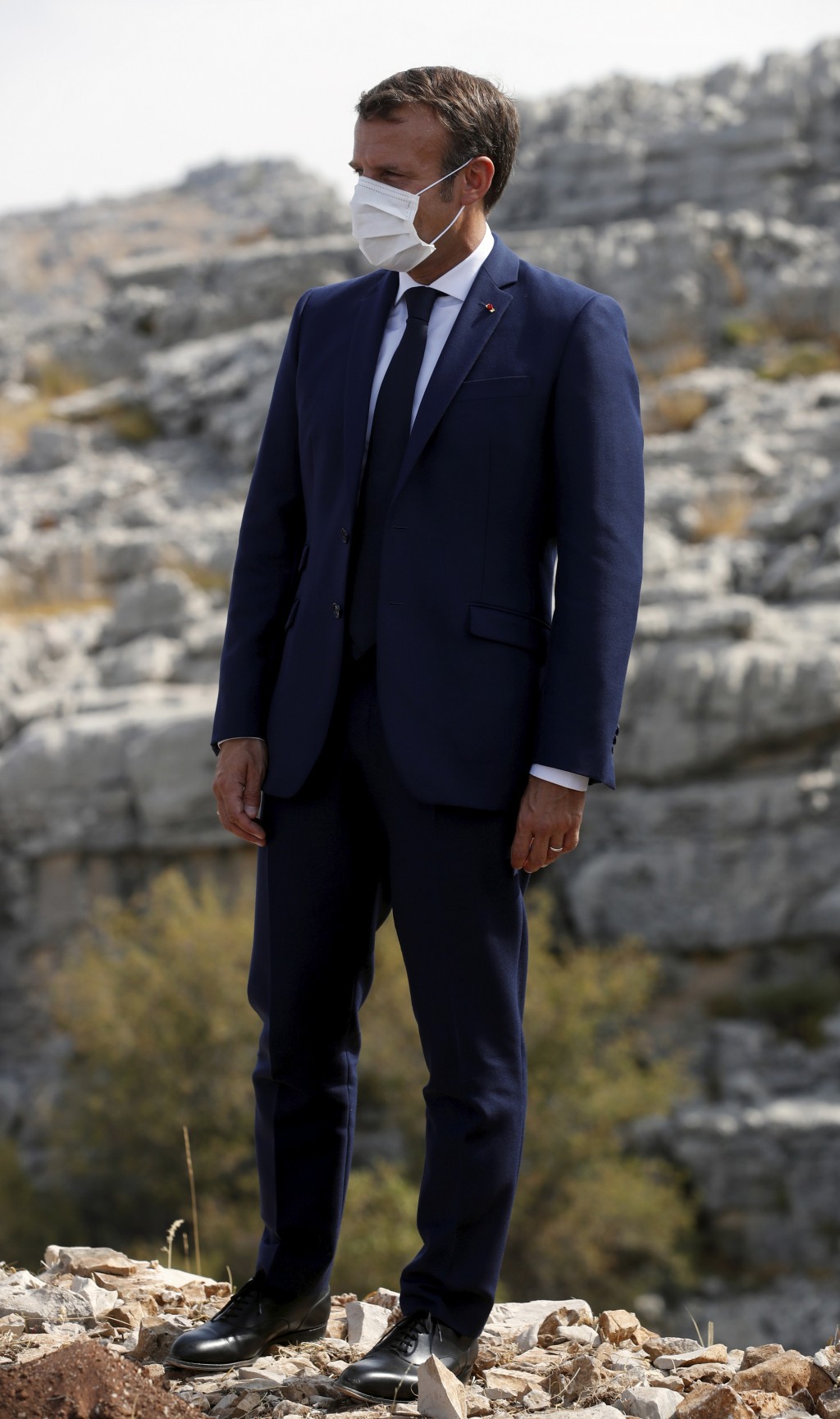 BEIRUT (AP) — French President Emmanuel Macron planted a cedar tree in a forest north of Beirut, marking Lebanon's centenary on Tuesday, ahead of talks with officials on ways to help extract the country from an unprecedented economic and financial crisis and the aftermath of a massive blast that left thousands dead or wounded.

Macron returned to Lebanon on Monday, his second visit since the devastating explosion last month ripped through Beirut — the most destructive single incident in Lebanon’s history. This time his visit, packed with events and political talks aimed at charting a way out of the crisis, also comes as Lebanon celebrates its 100th anniversary.

The day before, Lebanon’s Ambassador to Germany Mustapha Adib was appointed by the president to form a new government after winning the backing of major political parties and leaders in Lebanon. But the 48-year-old diplomat, little known to the public before he emerged abruptly as a consensus candidate, faces a mammoth task and has been rejected by activists and a public demanding that long-ruling politicians stand down.

France and the international community have said they will not provide financial assistance to Lebanon unless it implements reforms to fight widespread corruption and mismanagement that have brought the tiny nation to the brink of bankruptcy. Adib, a dual Lebanese-French citizen, promised to carry out the mission as he prepared to form a new Cabinet, saying he will work on reaching a bailout deal with the International Monetary Fund.

In another step by the outgoing government to show that Lebanon is moving ahead with reforms, outgoing Finance Minister Ghazi Wazni signed Tuesday three contracts related to a forensic audit of Lebanon’s Central Bank accounts to determine how massive amounts of money were spent in the nation plagued by corruption.

After his arrival on Monday night, Macron went straight to meet the country’s top diva, Fairouz, at her home near Beirut. He later met with former Prime Minister Saad Hariri.

On Tuesday morning, the French president went to a forest in northeast Lebanon where he planted a cedar tree to mark 100 years since the State of Greater Lebanon — the precursor of the modern state of Lebanon — was established. Lebanon was a former French protectorate until it gained independence in 1943.

French warplanes flew in formation, drawing the colors of a Lebanese flag over the Jaj forest in the Byblos region in Lebanon.

From the forest, Macron went to the port of Beirut where nearly 3,000 tons of ammonium nitrates stored there for six years exploded on Aug. 4, killing 190 people, injuring more than 6,000 and damaging entire neighborhoods of the city.

Macron came to Lebanon two days after the blast, getting a hero's welcome in one of the damaged neighborhoods amid absence by local leaders.

During last month's visit, Macron warned Lebanon’s political class that he wouldn’t give “blank checks to a system that no longer has the trust of its people.” He called on them to create a “new political order.”

Lebanon that has one of the highest debt ratios in the world standing at 170% of the GDP defaulted on paying back its debt for the first time in March. Seventeen rounds of talks between the IMF and the former government, that resigned six days after the blast, did not lead to a breakthrough.