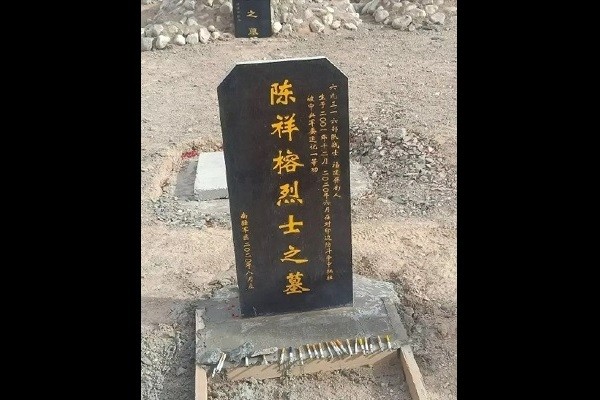 TAIPEI (Taiwan News) — Two and half months after a deadly clash occurred on the border between China and India, the photo of a tombstone apparently belonging to a People's Liberation Army (PLA) soldier surfaced on social media, appearing to indicate there were indeed deaths on the Chinese side.

On Saturday (Aug. 29), Indian netizens on Twitter discovered and shared an image recently posted on Weibo depicting a fresh tombstone for a PLA soldier. According to the Times of India, India's Ministry of Defense that day confirmed that the images had been shared on Chinese social media before being scrubbed by the censors.

Soldier of Unit 69316 of the Southern Xinjiang Military District of the Chinese People's Liberation Army 13th Regiment. Born in December 2001 in Pingnan County, Fujian Province, China. Sacrificed his life in the battle against India's border defense in June 2020. He was posthumously awarded a first class honor by the Central Military Commission.

Erected by the Southern Xinjiang Military Region in August 2020."

On June 16, a melee broke out between Indian and Chinese troops on a disputed stretch of border in the Galwan Valley in the disputed Himalayan territory of Ladakh, with the Indian side suffering 20 dead and the PLA potentially counting at least 35 casualties, including the death of a commanding officer. However, China has never released any information on casualties on its side.

Some Chinese netizens questioned the authenticity of the photo, while others expressed condolences for Chen's death. The official Weibo account for the Central Political and Legal Affairs Commission originally reposted the photo on its Weibo page (中國長安網) but later deleted it, reported UDN.

Some analysts have suggested that the area where Chen died was not the Galwan Valley but rather Pangong Tso Lake. Earlier in June, video footage surfaced of Indian troops beating a severely wounded PLA soldier in the Pangong Tso area.

There were also reports that the grave closely resembles tombstones seen in the Kangxiwa Martyrs Cemetary in Xinjiang's Hotan Prefecture, with the background also appearing similar to that area. 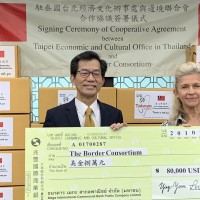