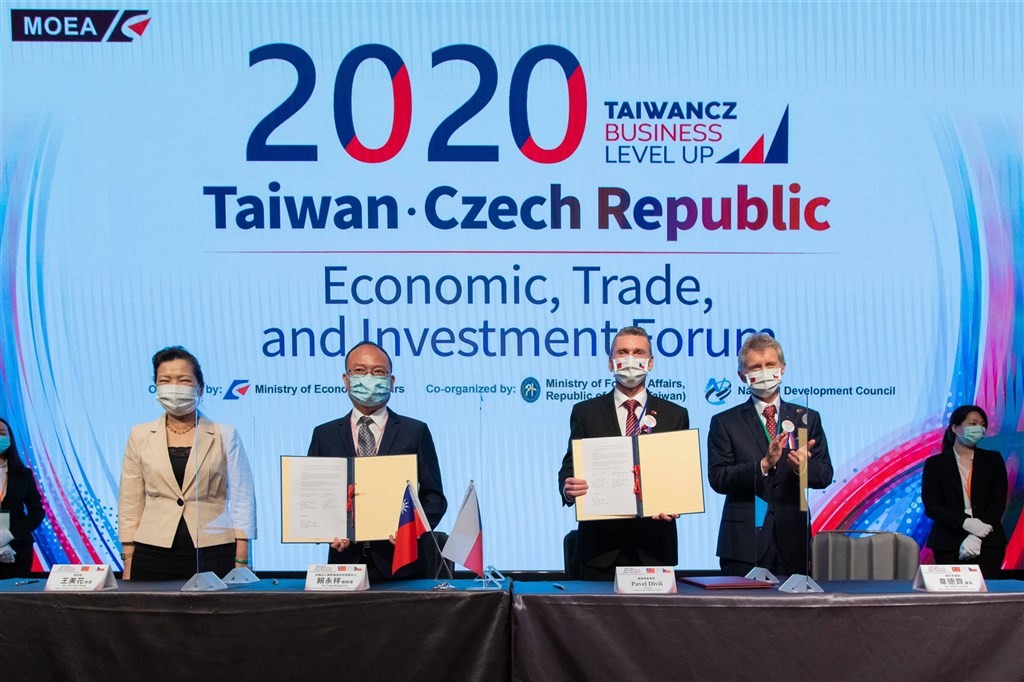 TAIPEI (Taiwan News) — A total of nearly 180 business negotiations were held between Taiwanese and Czech companies at a business matchmaking conference on Monday afternoon (Aug. 31).

The bureau, who partnered with the Taiwan External Trade Development Council to organize the conference, stated that the event provided a platform for Taiwanese and Czech businesses to deepen mutual understanding through increased exchanges and proved that the bilateral economic and trade relations between Taiwan and the Czech Republic remain strong despite the ongoing Wuhan coronavirus pandemic, CNA reported.

The bureau also pointed out that the Czech Republic has listed information security and national defense as the focus of its national artificial intelligence strategy in recent years, which is also compatible with Taiwan’s six core strategic industries. In 2019, bilateral trade volume reached US$820 million.

According to data from the bureau, Taiwan and the Czech Republic have complementary economic and trade structures. Seven percent of Taiwanese exports to the Czech Republic consist of vehicle parts, communication and machinery parts, and capital goods; meanwhile Czech exports to Taiwan are mainly passenger cars and microscopes used in semiconductor manufacturing.

Vystrcil and his 89-member delegation are currently on a five-day trip in Taiwan to strengthen bilateral ties.