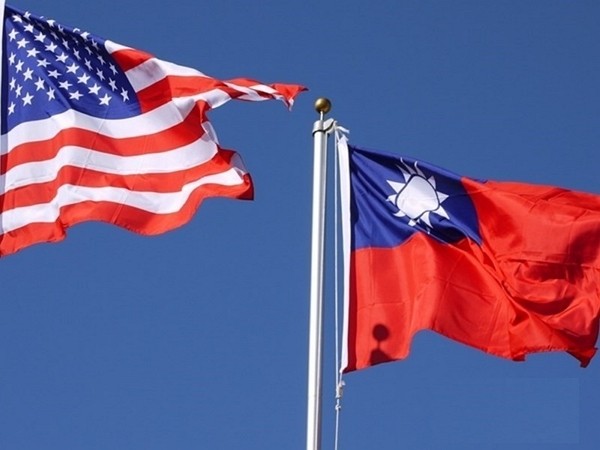 The United States said on Monday (Aug. 31) it was establishing a new bilateral economic dialogue with Taiwan, an initiative it said was aimed at strengthening ties with Taipei and supporting it in the face of increasing pressure from Beijing.

The announcements come at a time of increasing Chinese threats towards Taiwan, and when relations between Washington and Beijing have sunk to their lowest level in decades. U.S. President Donald Trump is campaigning for re-election in November with a tough approach to China among his key foreign policy platforms.

The State Department’s top diplomat for East Asia, David Stilwell, told a virtual forum hosted by the conservative Heritage Foundation the latest U.S. moves were not a policy shift, but part of a set of “significant adjustments” within Washington’s longstanding “one-China” policy.

Washington felt compelled to make these given the “increasing threat posed by Beijing to peace and stability” in a vitally important region and Beijing’s attempts to isolate Taiwan diplomatically while subjecting it to military threats.

“We will continue to help Taipei resist the Chinese Communist Party’s campaign to pressure, intimidate, and marginalize Taiwan,” Stilwell said.

Taiwan’s Foreign Ministry expressed thanks for the show of support at a time when it said China was using military intimidation to damage peace and stability near Taiwan, and said it would continue to strengthen its defence capabilities.

The United States, like most countries, has official relations with Beijing, but not Taiwan, which is claimed by Beijing as Chinese territory. However, Washington is bound by law to help Taiwan defend itself and is its main arms supplier.

Daniel Russel, a predecessor of Stilwell until early in the Trump administration, said the “Six Assurances” made to Taipei by the administration of former President Ronald Reagan had been a “loosely-kept secret” at best.

He said the decision to publish them looked like a compromise response to pressure from administration hawks to abandon “strategic ambiguity” — a long-standing policy of withholding a clear-cut U.S. commitment to defend Taiwan while still showing sufficient support to deter any Chinese military adventurism.

Among the assurances made in 1982, but never formally made public, are statements that the United States has not set a date for ending arms sales to Taiwan, nor agreed to prior consultation with Beijing on such sales, or to revise the Taiwan Relations Act that underpins U.S. policy towards the island.

“My guess at this time is that Stilwell and the administration want to look tough ... So they are walking close to China’s red lines, but remain unwilling to cross them.”

Stilwell said the economic dialogue would “explore the full spectrum of our economic relationship - semiconductors, healthcare, energy, and beyond, with technology at the core.”

Taiwan has been keen to negotiate a free trade agreement with the United States, but a large U.S. trade deficit, which Trump has been determined to reduce along with those of other trading partners, including China, has been an obstacle to this.