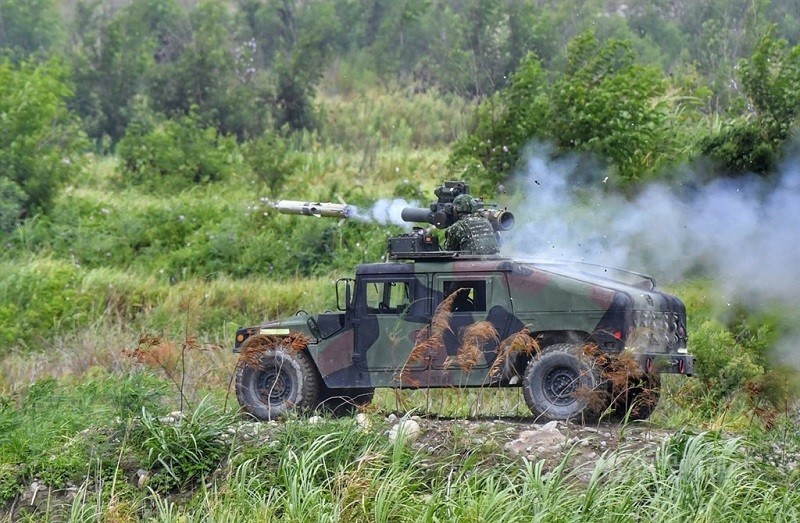 TAIPEI (Taiwan News) — In response to a controversial statement about Taiwan's vulnerability to an attack from China, the Ministry of National Defense (MND) on Monday (Aug. 31) said that the People's Liberation Army (PLA) does not yet have the capability of invading Taiwan.

During a speech on Aug. 10, former President Ma Ying-jeou (馬英九) said Taiwan's "first battle will be the last" if confronted with a PLA attack. In response, the MND on Monday said the PLA's tactics are still limited by the natural geography of the Taiwan Strait, the landing vehicles and logistics capabilities are insufficient, and they lack the combat capability to fully invade Taiwan.

On Monday, along with presenting its budget to the Legislative Yuan in 2021, the MND handed in the "Report on the Military Power of the PLA in 2020" and the "Five Year Plan on Military Restructuring and Administration." In the former, the MND stated that when it comes to landing operations, although the PLA has continued to strengthen joint military training and other activities, its tactics against Taiwan are still limited by the geographical environment of the Taiwan Strait.

In addition, it wrote that its amphibious vehicles and logistical capabilities are insufficient and it does not yet possess the full-scale combat capability to invade Taiwan. The report pointed out that the PLA's possible actions against Taiwan include joint military deterrence, joint blockage operations, joint fire strikes, and joint landing operations. It also emphasized that the PLA's philosophy is "low intensity, low loss, high efficiency, fast attack, and fast victory."

As part of its "joint landing" combat project, the PLA would seek to obtain air, sea, and electromagnetic superiority to paralyze most of Taiwan's combat capabilities. It would then unify its army and rocket forces to launch an all-out assault on Taiwan before external forces could intervene and establish a fait accompli.

Possible military operations could include a "decapitation strike," "capture of Penghu," and a "total invasion of Taiwan." However, the MND emphasized that although the PLA continues to work hard to strengthen joint military training, build new combat forces, and develop emerging military technology and warfare research and development, it does not yet fully possess the formal combat capability to fully invade Taiwan.

The MND pointed out that at present, the PLA still uses joint military deterrence, joint blockade operations, and joint strikes against Taiwan as its main options. However, in order to "completely resolve the Taiwan issue," the PLA will continue to expand the implementation of complex joint landing operations, and that it is important to monitor the improvements of its combat capabilities and their threat to Taiwan.