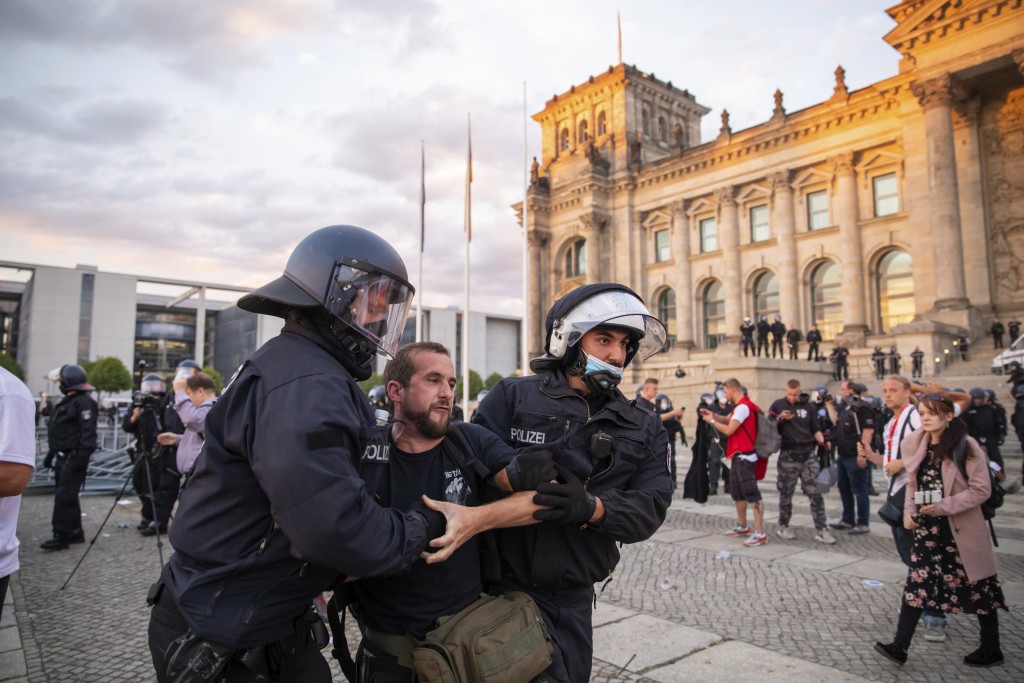 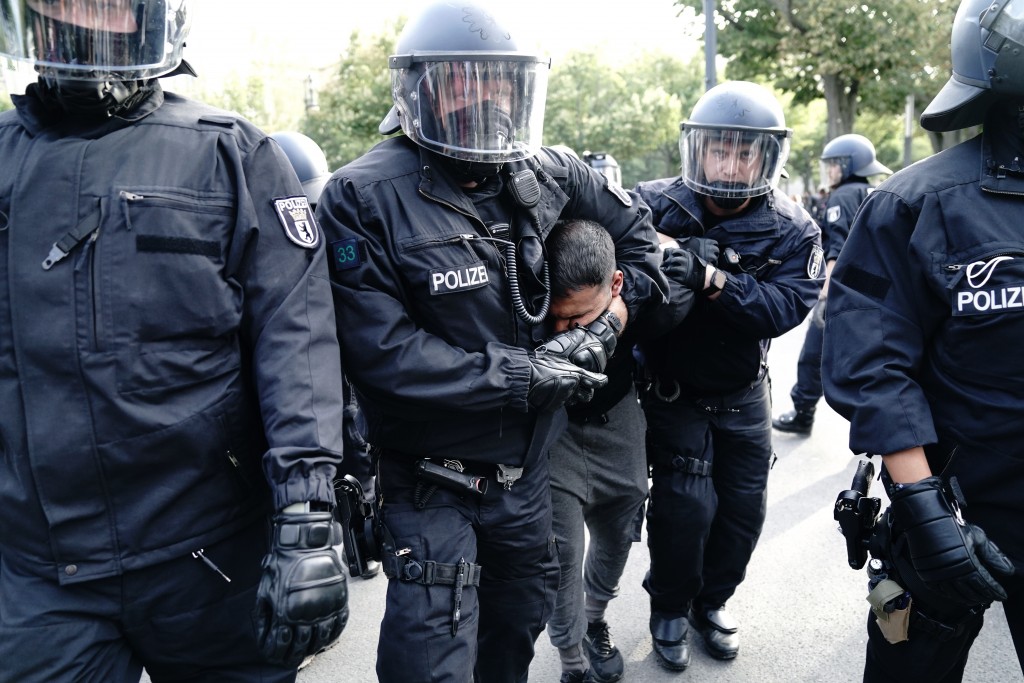 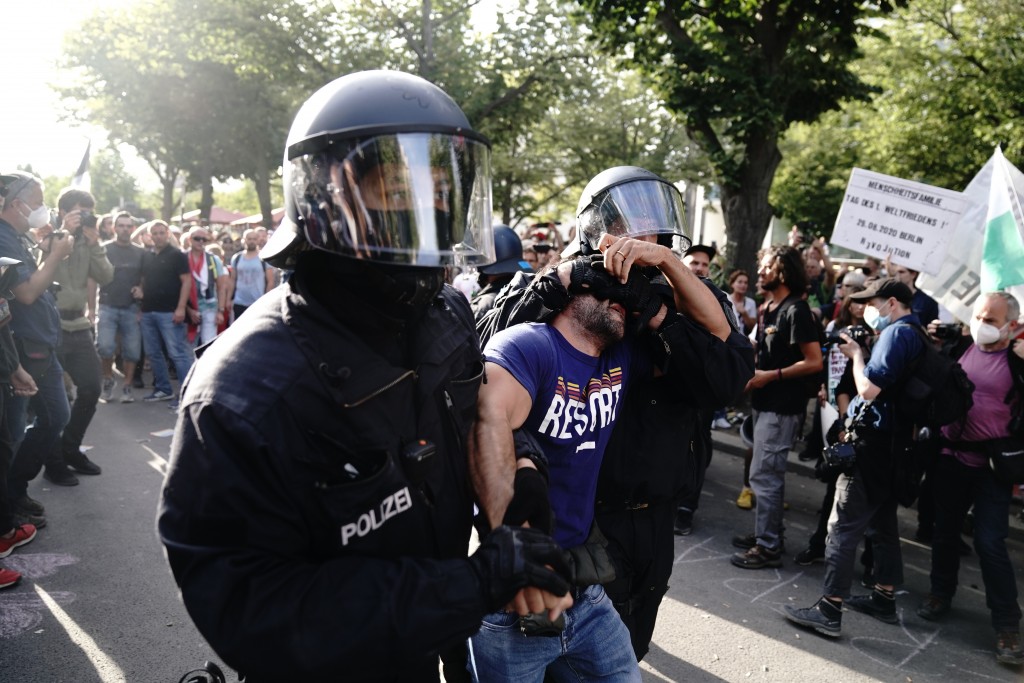 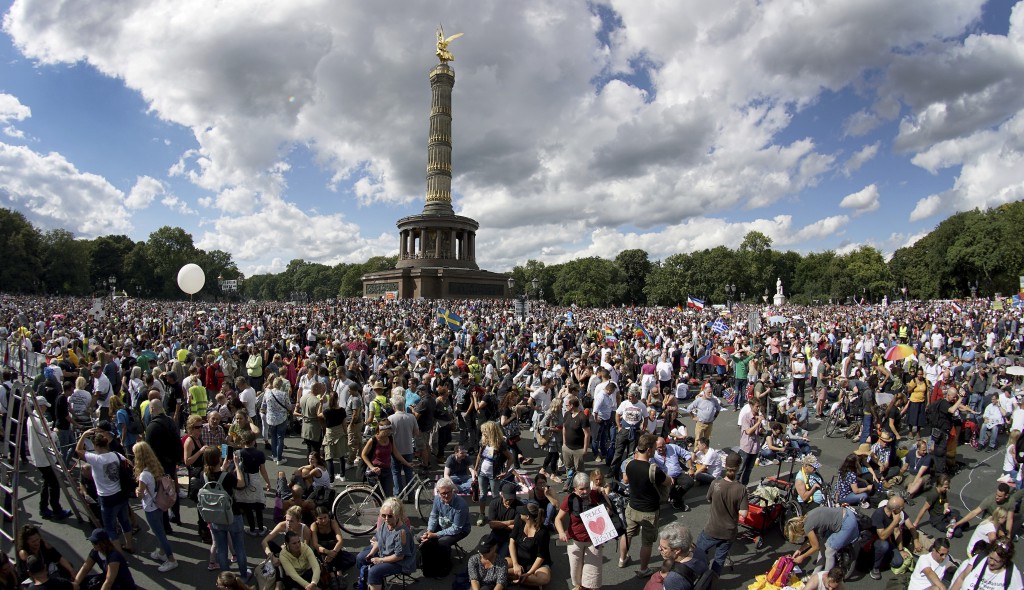 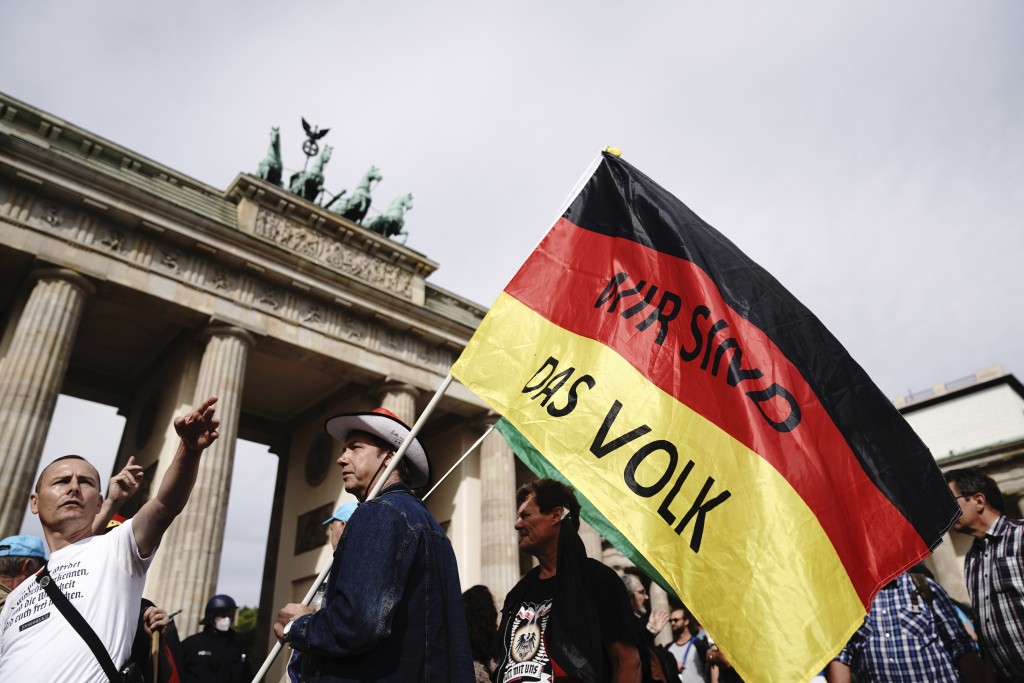 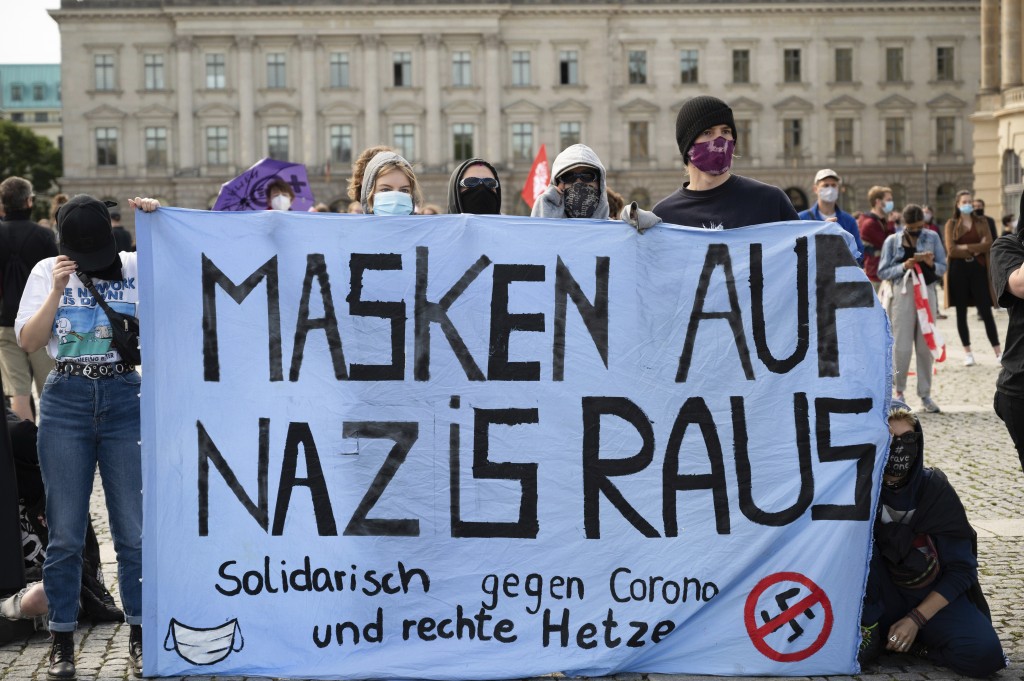 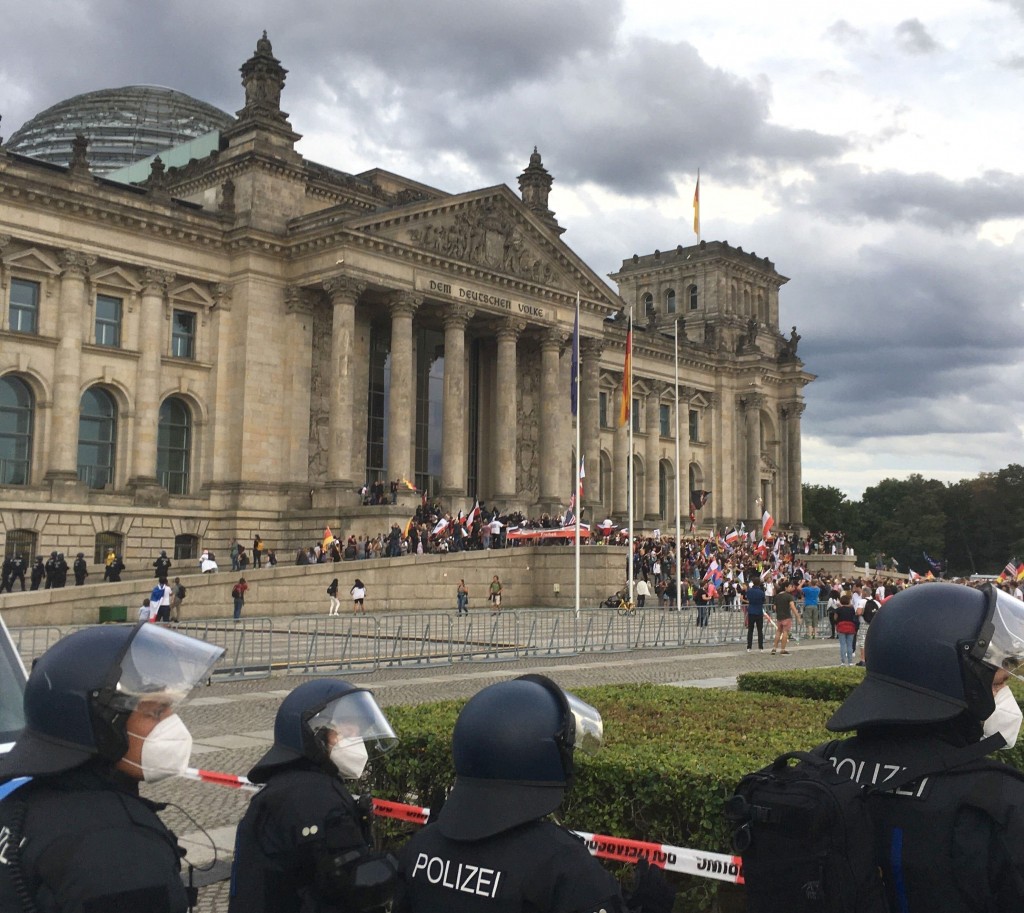 BERLIN (AP) — Senior German officials on Sunday condemned attempts by far-right protesters and others to storm the parliament building following a protest against the country’s pandemic restrictions.

Hundreds of people, some waving the flag of the German Reich of 1871-1918 and other far-right banners, breached a security barrier outside the Reichstag late Saturday but were intercepted by police and forcibly removed.

“Reich flags and right-wing extremist provocations in front of the German Bundestag are an unbearable attack on the heart of our democracy,” Germany's president, Frank-Walter Steinmeier, said Sunday. “We will never accept this.”

Steinmer said people had the right to express their anger about the coronavirus restrictions and to question them publicly, including with demonstrations.

“My sympathy ends where protesters allow themselves to be used by enemies of democracy and political agitators,” he added.

Police used pepper spray to drive back the protesters, who earlier in the day had participated in a large rally through the capital.

About 300 people were arrested in front of the Reichstag and following an incident at the Russian embassy, according to police.

Berlin's top security official, Andreas Geisel, praised three officers who had stood alone against the protesters outside the Reichstag until reinforcements arrived. Opposition parties criticized the police's failure to station sufficient officers around Parliament despite public warnings from far-right extremists that they planned to try to enter the building.

Robert Habeck, the co-leader of Germany's Green party, called for a thorough investigation into the incident.

“The fact that Nazis with imperial war flags try to storm the Bundestag recalls the darkest period in German history,” he told the Funke media group.

“An incident like on Saturday evening must not be allowed to happen again,” Habeck said. “I expect (federal) Interior Minister Horst Seehofer to decisively combat right-wing extremism at all levels."

Opinion polls show overwhelming support for the prevention measures imposed by German authorities, such as the requirement to wear masks on public transport, in stores and in some public buildings such as libraries and schools.