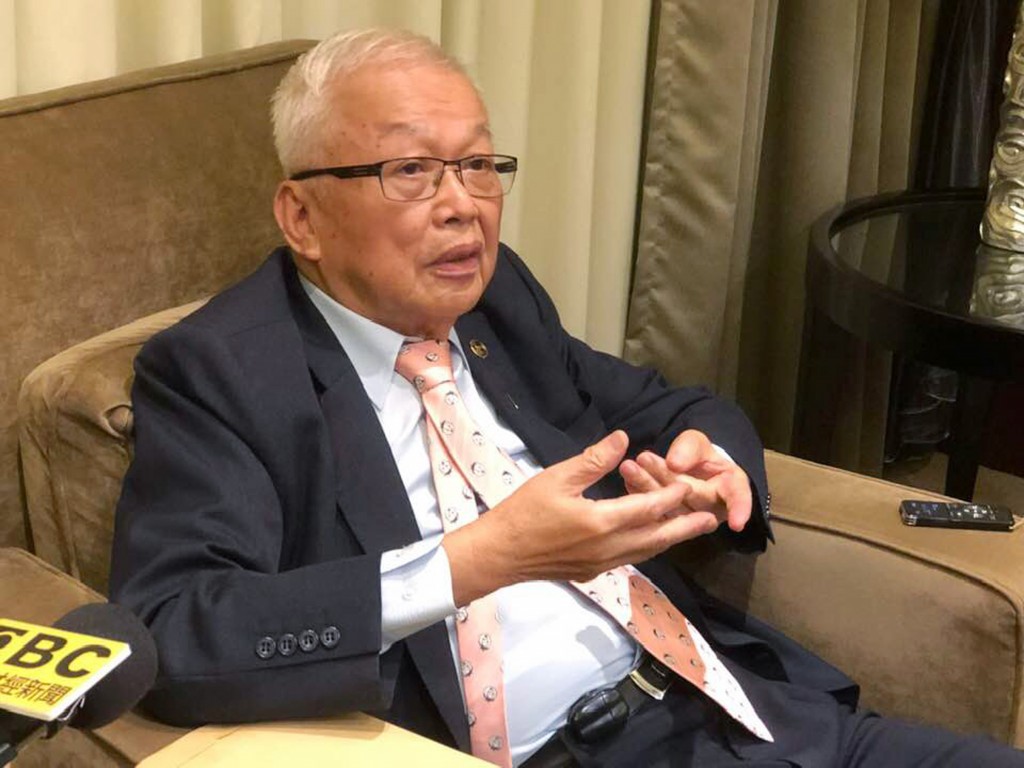 TAIPEI (Taiwan News) — In an interview with the Liberty Times, former Kuomintang (KMT) investment chief Liu Tai-ying (劉泰英) said that the combined military capabilities of the U.S., Japan, and Taiwan are 30 times stronger than those of China and claimed the People's Liberation Army has an inventory of only 40 nuclear warheads.

The former KMT financier and chief economist for late Taiwanese president Lee Teng-hui (李登輝) in the 1990s was known as a facilitator in cross-strait relations, but his relationship with Beijing turned sour after Lee made a state visit to the U.S. Liu is believed to have helped arrange the visit.

Liu has kept a low profile since his 2011 release from jail after two years and nine months on the charges of breach of trust, violation of corporate regulations, embezzlement, and violation of tax laws.

In the interview, Liu said that if Washington teams up with Japan and Taiwan, their collective military power exceeds Beijing’s 30-fold. Citing an unnamed source in the Chinese military, he asserted with confidence that China has an inventory of only 40 nuclear warheads rather than the hundreds assumed by other political observers.

A global nuclear warhead inventory update published by the Federation of American Scientist in April estimated that the U.S. has approximately 5,800 nuclear warheads, Russia has 6,372, France has 290, and China has 320.

"The U.S.' advanced satellite technology and military-use unmanned aerial vehicles have been deployed to surveil the disputed region, so any missile from China would be intercepted by Taiwan and Japan's Patriot Advanced Capability-3 missiles before its landing," said Liu.

Liu added that the Wuhan coronavirus, massive flooding, and an economic crisis brought on by the trade war with the U.S. are shaking Xi Jinping's (習近平) grip on power in China. Given the nation’s unimpressive military capabilities, he said, it would be truly unwise to start a war with the U.S.

"Xi is very clear that he will be immediately ousted from the throne if he engages in a fight with the U.S."

Speaking of the U.S.-China trade dispute, Liu believes that Donald Trump will continue to gain an upper hand over China on trade issues and use the tariff revenue from Chinese goods to subsidize American farmers, an interest group Trump counts as among his most loyal.

"Trump will not surrender, and Xi has a slim chance to beat his American counterpart," Liu added.